ispace is dispensing with a demo flight to lunar orbit that had been planned for 2020. 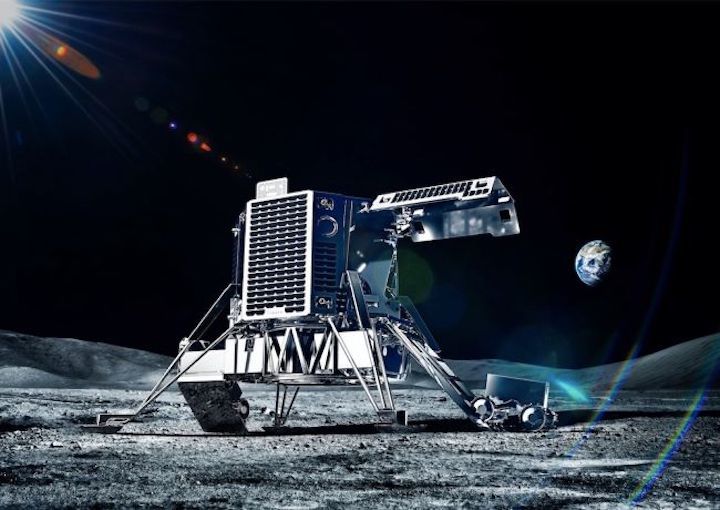 An artist's illustration of an ispace lander and rover on the surface of the moon.
(Image: © ispace)

A Japanese company that aims to help humanity settle the moon has adjusted the timeline of its first two missions.

Tokyo-based ispace had been planning to launch a demonstration mission to lunar orbit in 2020, followed by a moon landing with rover deployment the following year.

But the company will dispense with the demo, instead going straight to the lunar surface with customer payloads on a stationary lander in 2021, ispace representatives announced today (Aug. 22). The second mission, which is now targeted for 2023, will deploy a rover for surface exploration.

"The decision to adjust the mission schedule is primarily in response to the dramatic market acceleration and increasing demand for lunar exploration around the world, including improving the company's competitiveness for supporting contracts, such as for NASA's Commercial Lunar Payload Services (CLPS) program, and similar opportunities taking form around the world," ispace representatives said in a statement today.

Last November, the CLPS program tapped nine companies to be eligible for contracts to carry NASA science and technology payloads to the lunar surface in the coming years. One of those companies is Massachusetts-based Draper, which is partnering with ispace on lunar lander design and mission operations.

"To increase its competitiveness and guarantee its ability to support NASA's needs, as well as to meet the several other market demands developing worldwide, ispace decided to shift its resources to realize a successful landing mission in 2021," ispace representatives said in the same statement.

The 2021 and 2023 missions together make up ispace's Hakuto-Reboot program, or Hakuto-R for short. Hakuto, which means "White Rabbit" in Japanese, was the name of the ispace-managed team in the Google Lunar X Prize (GLXP), a competition that offered $20 million to the first private group to land a probe on the moon and have it perform some basic tasks. The GLXP ended last year without a winner, but several of its former entrants, including the ispace-Hakuto collaboration, have kept working on their spacecraft.

Hakuto-R will be just the beginning for ispace, if all goes according to plan. The company plans to help exploit lunar water ice, which appears to be plentiful on the floors of permanently shadowed polar craters. This resource can both sustain human settlers on the moon and be split into its constituent hydrogen and oxygen — the chief components of rocket fuel. Moon-derived propellant could be dispensed from off-Earth depots, allowing spacecraft to top off their tanks on the fly, the thinking goes.

"We believe that by 2040 the moon will support a population of 1,000, with 10,000 people visiting every year," ispace's website reads. "ispace will be instrumental in supporting life on Earth through space-based infrastructure."

2021 is shaping up to be a big year for private moon missions. The Pittsburgh-based company Astrobotic and Houston-based Intuitive Machines, both of which scored CLPS contracts, are planning to launch their first lunar landing missions that year as well.

NASA views such activities as key to laying the foundation for the return of astronauts to the moon. This latter goal falls under the purview of the agency's Artemis program, which aims to land people near the lunar south pole by 2024 and set up a long-term, sustainable presence on and around the moon shortly thereafter.