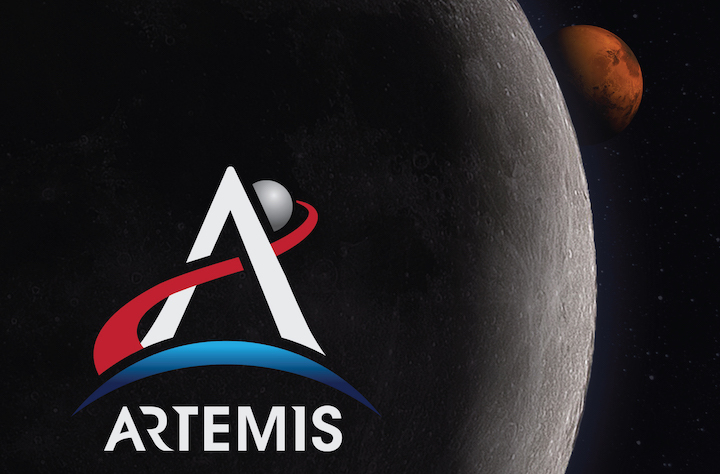 Artemis will light our way to Mars. The new Artemis identity draws bold inspiration from the Apollo program and forges its own path, showing how it will pursue lunar exploration like never before and pave the way to Mars.

NASA has led the charge in space exploration for 60 years, and as we mark the 50th anniversary of the first Moon landing, the agency is preparing for its next giant leap with the Artemis program.

Artemis, named after the twin sister of Apollo who is also the Goddess of the Moon and the hunt, encompasses all of our efforts to return humans to the Moon – which will prepare us and propel us on to Mars. Through the Artemis program, we will see the first woman and the next man walk on the surface of the Moon. As the “torch bringer,” literally and figuratively, Artemis will light our way to Mars.

With this in mind, NASA is unveiling the new Artemis program identity, a bold look that embodies the determination of the men and women who will carry our missions forward. They will explore regions of the Moon never visited before, unlock mysteries of the Universe and test the technology that will extend the bounds of humanity farther into the Solar System.

This new identity draws inspiration from the Apollo program logo and mission patch. Using an “A” as the primary visual and a trajectory from Earth to the Moon, we honor all that the Apollo program achieved. However, through Artemis we will forge our own path, pursue lunar exploration like never before, and pave the way to Mars.

With Earth Blue, Rocket Red and Lunar Silver for colors, every part of the identity has meaning: 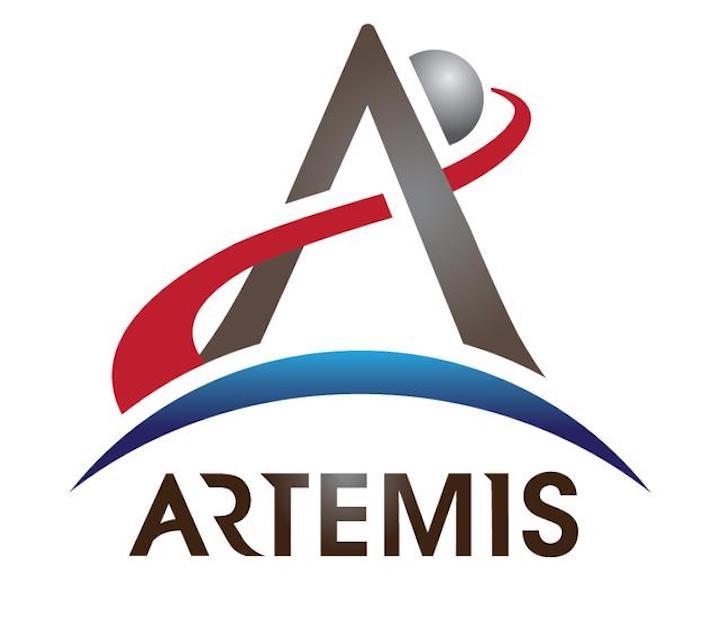 We go now to the Moon, not as a destination, but as a proving ground for all the technology, science, and human exploration efforts that will be critical for missions to Mars. On the lunar surface we will pursue water ice and other natural resources that will further enable deep space travel. From the Moon, humanity will take the next giant leap to Mars.