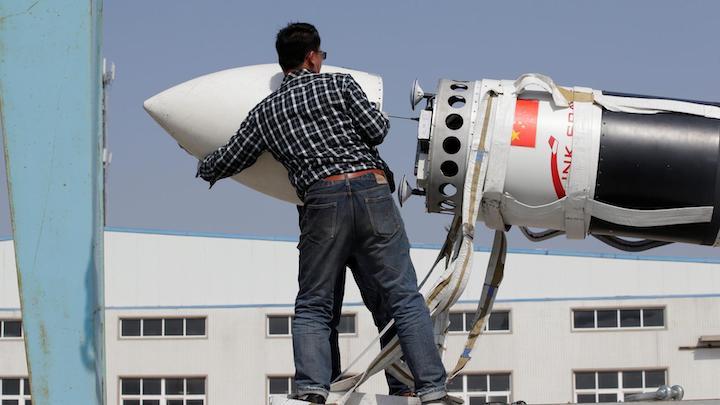 China and the United States both see a well-regulated private rocket industry as a key national security advantage.

“The next great power conflict will be won by New Space,” Dr.  Joel Mozer, the chief scientist at US Air Force Space Command, said at an industry conference July 16. “New Space” is the term used to refer to privately-backed space start-ups, as opposed to traditional aerospace contractors.

The Chinese government agrees, judging by the new rules it issued in June to boost its fledgling private space industry. China’s first regulation for private rocket companies (some links in Chinese) lays out research, manufacturing, testing, safety, and technology standards and restrictions.

“Rockets are an important transport tool for space activities and entries. It concerns national and outer space safety. It is an important area for implementing safety supervision for countries with space capability,” read the notice, co-issued by China’s defense tech regulator and the Communist Party’s weapons commission.

“It has given a clear direction to space commercialization in China, and clarified the qualifications, business operation boundaries, and state support,” said Shu in a statement to Quartz. “I would like to thank the [Communist] Party and the country for supporting our industry and our business!”

Government interest in private-sector space has risen thanks to Elon Musk’s SpaceX, the US firm that dominates the global commercial launch market with its Falcon rockets. Though NASA played a key role in supporting and funding the company, the military was initially wary of private space enterprise. SpaceX had to sue the Air Force for the right to bid on national security launches.

Today, the Pentagon has invested in radar satellites that might spot North Korean missiles and kicked off a contest to benefit small rocket-makers. Companies like these are springing up around the world, seeking to replicate the advantages of using private funding and embracing risk to launch new technologies.

China began encouraging private capital into the traditionally state-controlled industry in 2014. The number of Chinese private space companies, including rocket builders and satellite operators, has almost tripled to 100 in 2018 from the previous year.

“[The new rules] overall benefit the industry, but it’s bad news for players to come,” says Lan Tianyi, founder of Ultimate Blue Nebula, a Beijing-based space consulting company. Lan added that the new rules are good for companies that have already launched rockets, because they have proved they have the capabilities required under the regulations.

Many of China’s rules are similar to those required of American rivals. Orbital launches must be conducted at “approved” sites, a space news blog said, which means one of the four national launching sites in Jiuquan, Xichang, Taiyuan, and Wenchang. Space launch sites are similarly regulated in the US, and all orbital launches take place at government facilities. China has restricted the export of rocket technology; similar rules in the US prevent rocket makers from hiring foreign nationals or allowing them into manufacturing facilities

China offers several examples of the types of companies subject to the regulation, including companies building smaller rockets (those launching payloads up to an altitude of 200 kilometers), reusable boosters, and re-entry capsules. It’s not clear how the regulations would apply to private companies building larger rockets, or if the categories are intended to protect China’s existing state rocket industry from direct competition.

LandSpace, the first private Chinese company to attempt an orbital launch, also said it is subject to regulation by China’s National Administration of State Secrets Protection (NASSP)—it recently said it couldn’t grant interview request from Quartz because NASSP didn’t approve the interview. While US companies would not discuss a classified military program, there are no prohibitions on discussing their work for commercial satellite companies—the ostensible goal of these new start-ups.

An official at a different Chinese private rocket maker, who requested anonymity to discuss the situation, says companies that are subject to NASSP rules aren’t necessarily sharing their technology with the state.

China is catching up to the US with its backing for small launch vehicles, but its potential as a global player may be limited by regulations made abroad.

The current leader in small rocketry is Rocket Lab, a US-New Zealand company, which has flown six missions. Other promising US start-ups like Virgin Orbit, Vector, and Relativity Space are still on the ground. Meanwhile, two Chinese companies have attempted orbital launches, which require flying rockets 100 to 200 miles above the earth at high speed, but neither succeeded. Still, given the level of investment, it’s only a matter of time before one of these firms succeeds.

Leena Pivovarova, an analyst at US space and satellite consultancy Northern Sky Research, writes that China’s state-centric approach to rocket development could allow it to effectively subsidize private launch companies and under-price rivals in other countries.

But Pivovarova believes it will be difficult for China’s launch companies to be sustainable without a larger domestic satellite industry to provide them business. Currently, the satellite industry in China isn’t large enough to support several small rocket makers, and US and European satellite makers face regulatory barriers to hiring Chinese launch firms.

That’s one reason for efforts to draw a clear line between China’s military and its nascent private space industry—under the new rules, Chinese private companies are banned from building any kind of “weapons capable of attacking.” But barriers between Chinese rockets and the global satellite market seem unlikely to disappear even if its new rules help rocket start-ups achieve lift-off.