This is the sixth edition of the Project Blue Book case review covering the July to October of 1957. Like the previous evaluations, I tried to examine each case to see if the conclusion had merit. I added comments to help clarify the explanation or if I felt it was not correct or adequate. 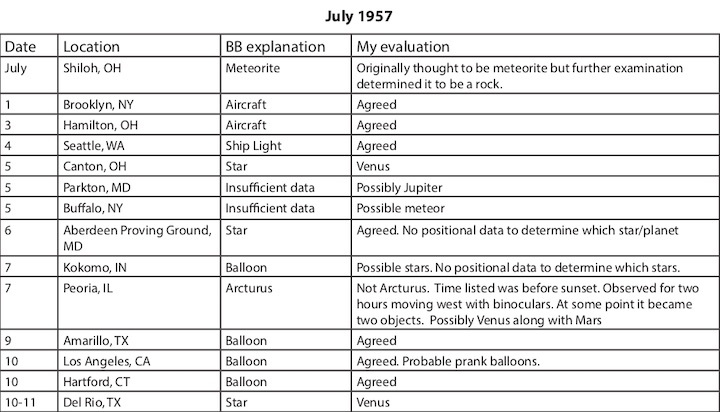 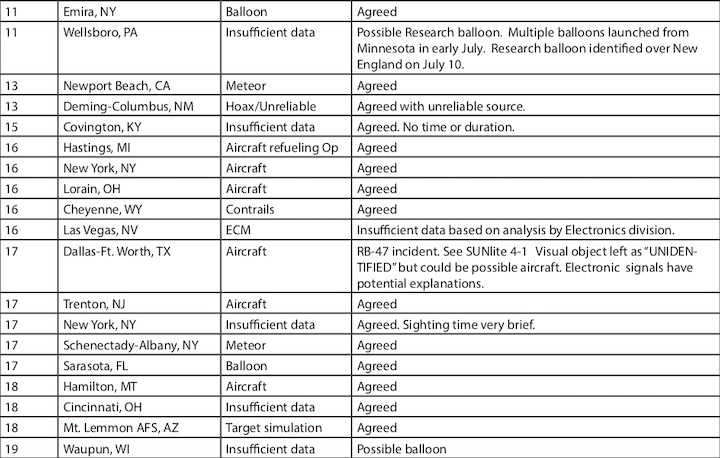 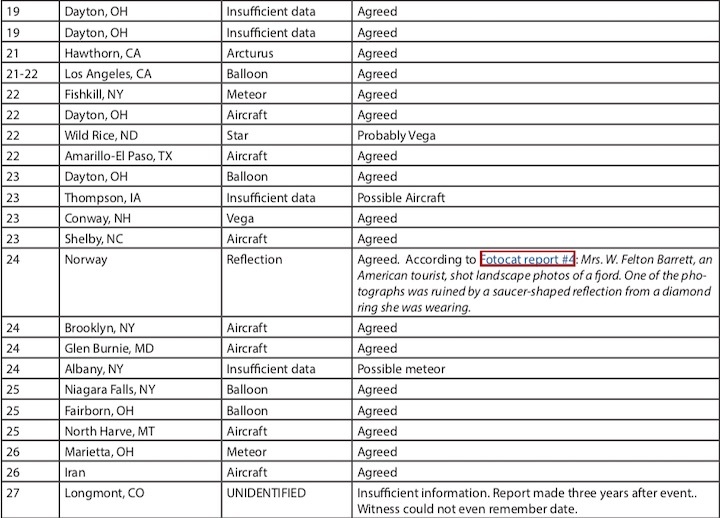 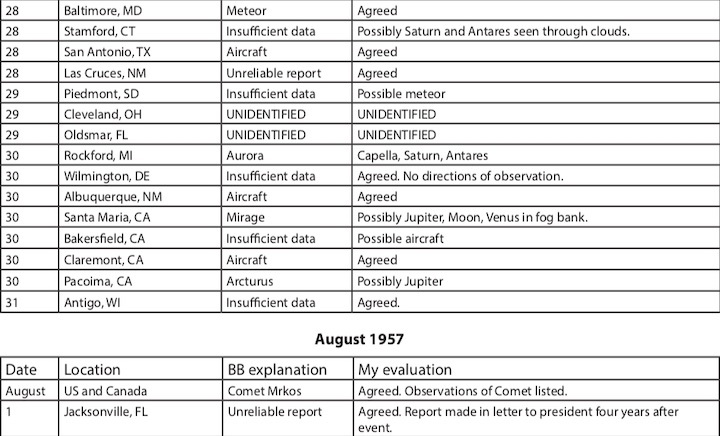 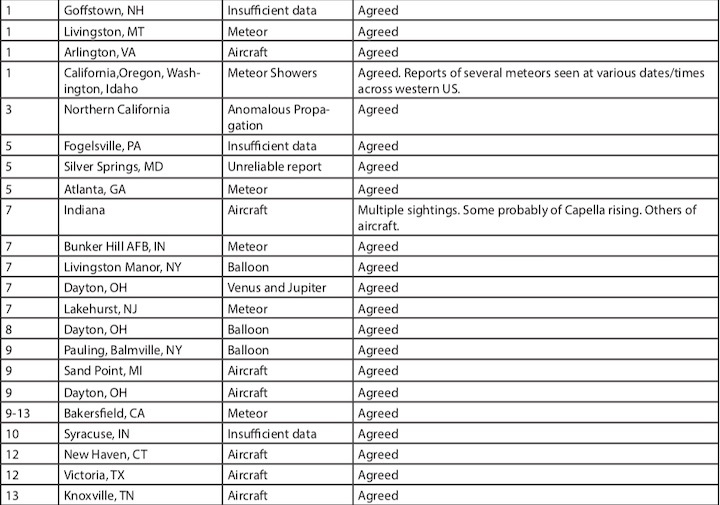 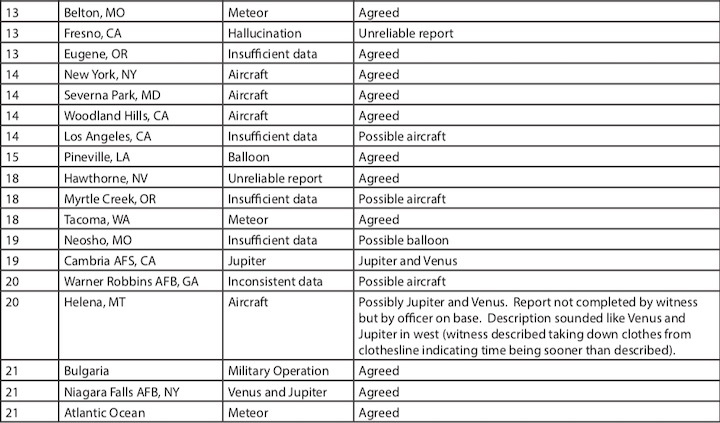 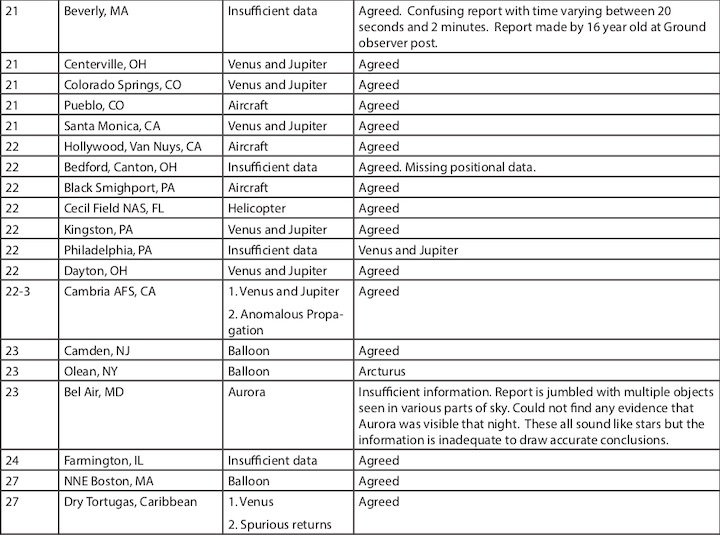 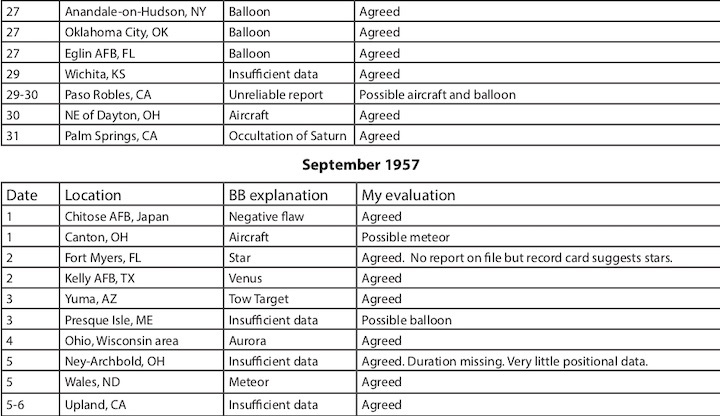 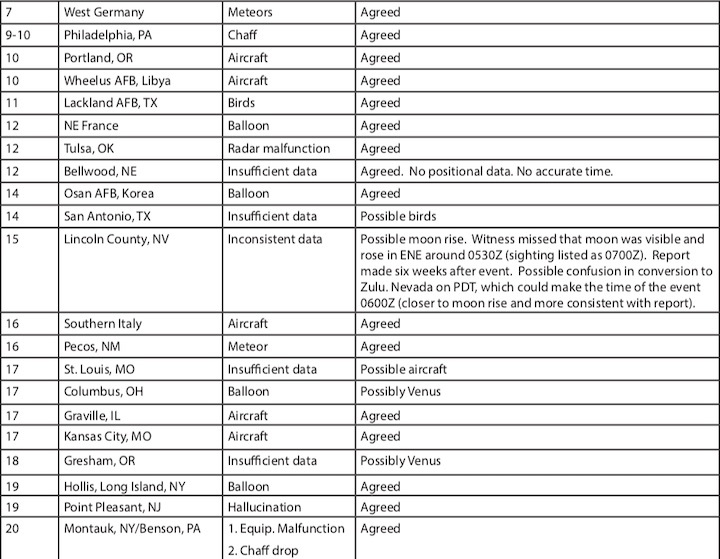 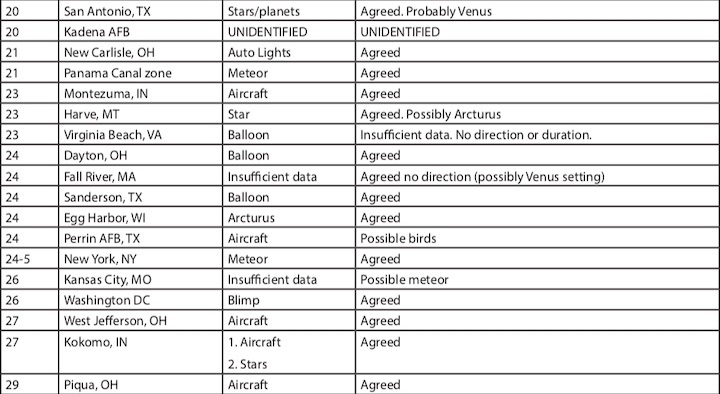 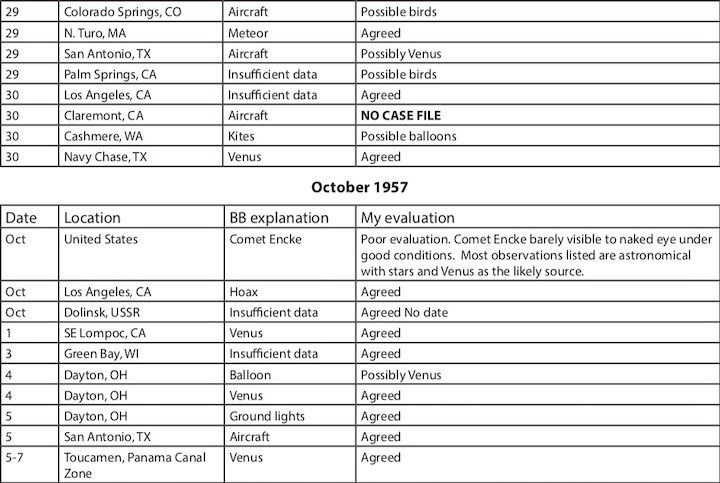 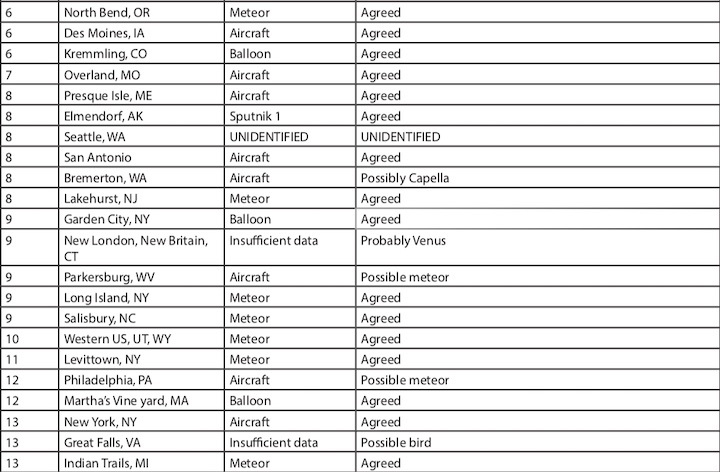 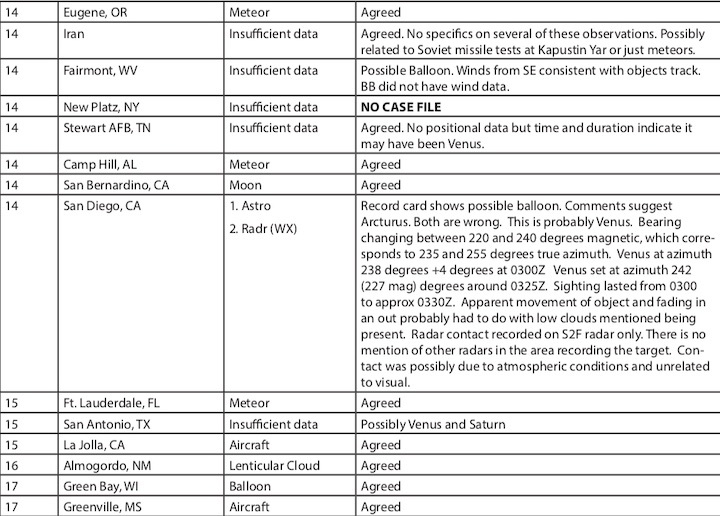 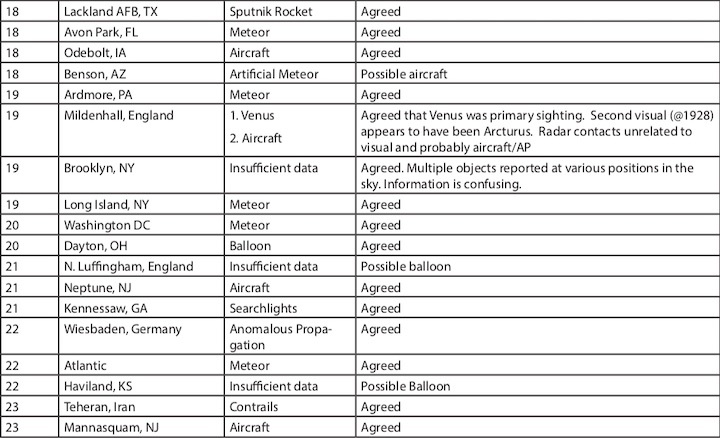 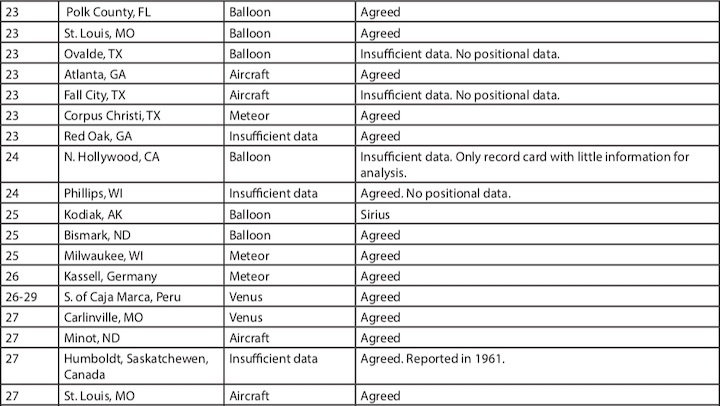 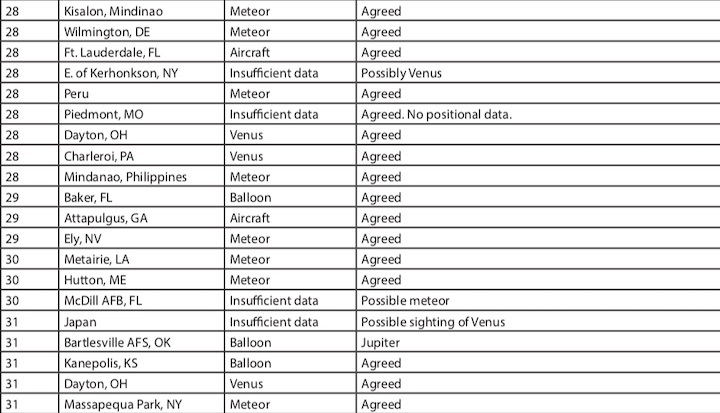 There were 296 cases in the Blue Book files from July through October 1957, that I evaluated. In my opinion, 65 were improperly classified (about 22%). This table describes these cases and how I felt they should have been reclassified. Some of the sightings really did not have enough information for evaluation and other cases that had been listed as “insufficient information” had poten- tial explanations. 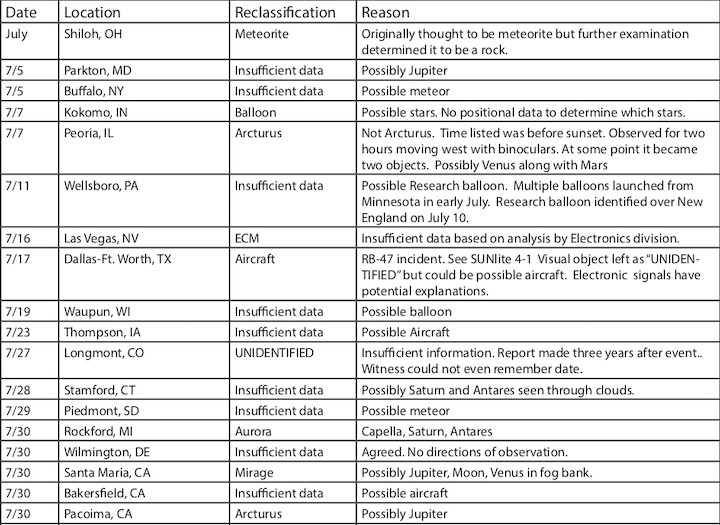 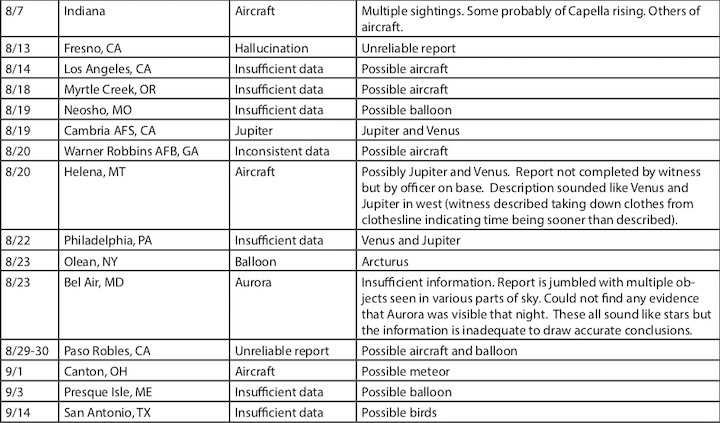 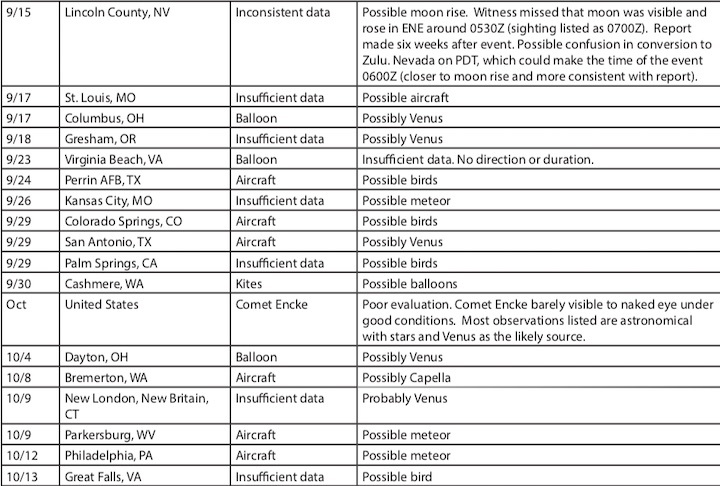 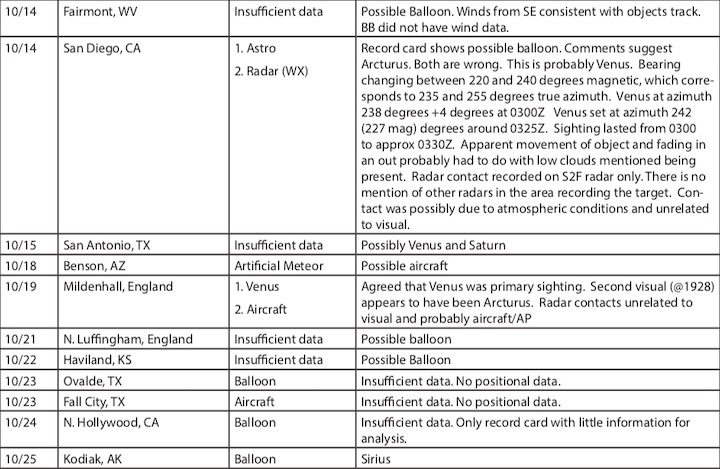 This period was marked by a lot of sightings of Venus. A lot of these Venus cases I reclassified were listed as “possible” because there was very little data, which would permit positive identification. While Blue Book was pretty good at identifying Venus, they missed over a dozen cases. Most notable is the October 14 sighting in San Diego, which they had classified as Arcturus. I expanded on my comments about this event in the article on the next page.

It is interesting to see the hand written notes of investigators, and Captain Gregory, complaining about the lack of data in the mes- sages or the incompetence of the investigating officer. Missing in a lot of these documents are comments by Blue Book’s consultant, Dr. Hynek. I can only assume that he was too busy or Blue Book did not want him around. This may have had something to do with a personality conflict he might have had with Captain Gregory. Next issue, I will attempt to attack the large amount of sightings between November and December of 1957.