Besides this statement, there is no other comment about this case.

Fortunately, Flight International is accessible on the web and I found the letter to the editor

2
describing the sighting. However, it seems that NICAP omitted to add the response in the

next issue by another observer.3 In that letter, the author had contacted the air ministry and stated it was a cosmic ray research balloon launched from France.

Flying saucer review for Sept-Oct 19634 and Nov-Dec 19635 had articles describing the same
sighting (See following page). The September-October 1963 article mentions the air ministry
and balloons from “the continent”, implying the source was another European country. The
November-December 1963 article mentions a fourteen year old observing the UFO with a tele-
scope for two hours. He said it was not a balloon because he had seen balloons before. However, he also described the object as revolving and being diamond shaped. The witness also mentioned that the edges were transparent and, because of the revolving nature of the object, the object varied in brightness. 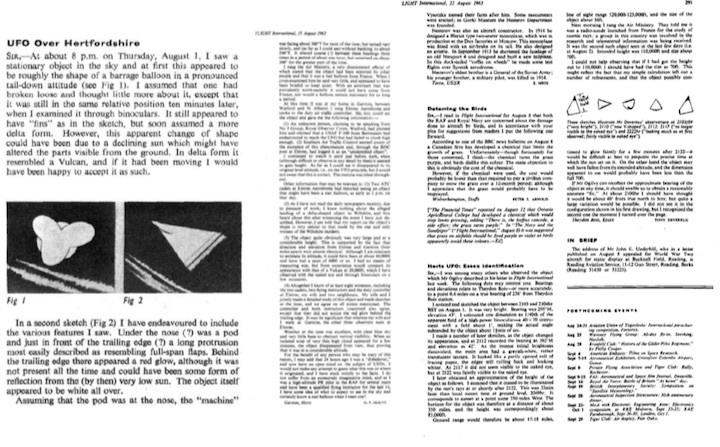 I examined the Stratocat database6 but could not find any record of a balloon launched from France. However, the database is not complete since a lot of documentation is missing. It is not uncommon to see Blue Book listing confirmation of balloon launches that do not appear in Stratocat’s database. Interestingly, Stratocat does list Thule Air Force Base, in Greenland, launching high altitude research balloons in the summer of 1963 for cosmic ray research. Stratocat has records of at least two being launched in late July (July 28 and 30). Stratocat also has records of a balloon launched from Kiruna Geophysical Observatory, Sweden for Aurora research on July 23. Any of these could have been the source of the balloon. 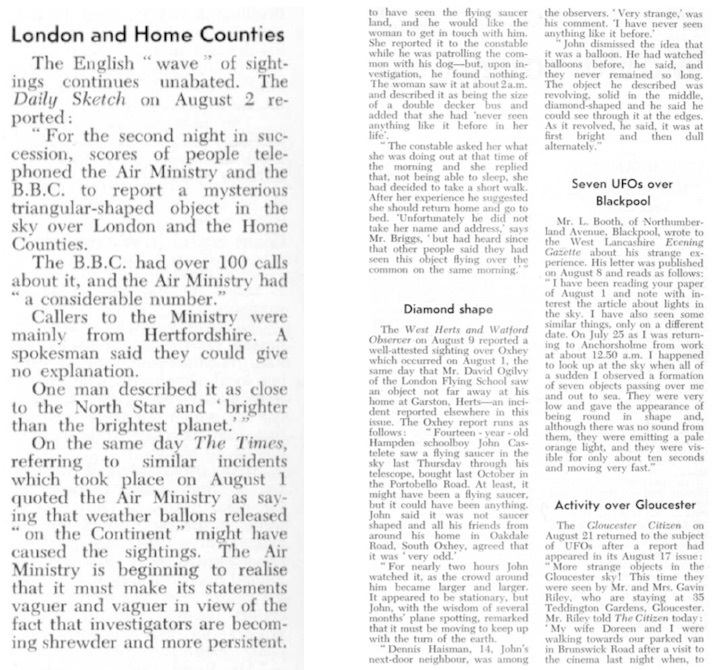