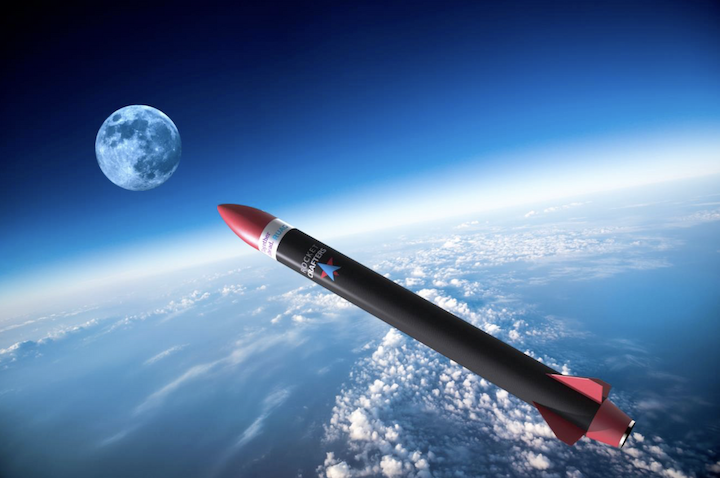 Secured atop a red wagon-looking test stand and surrounded by billboards is a 3D-printed rocket engine, ready to fire. But once the countdown is over and the test director has given the final "go," something goes wrong.

Instead of the bright orange flame and black smoke supposed to eject from the 550-pound thrust Star-3D engine developed by aerospace startup Rocket Crafters, all that is seen is white smoldering exhaust – a bad sign.

So the team, working on June 25, tries again. But round two doesn't go according to plan, either.

Failing to ignite for the second time in one day, teams were forced to reorganize and work to find the root of the problem – which they did.

"Our ignitor components absorbed too much humidity over the past month of testing," Rocket Crafters said via Twitter after the June incident. "So much so, when lit, the ignitor only smoldered."

The components used to ignite the engine, known as "rocket candy" since the materials are potassium nitrate and sugar, became too saturated from the Florida humidity that had accumulated. All that moisture absorbed into the sugar failed to make the test ignition system ignite and burn, Wallace said.

The solution was simple: In order to keep the rocket candy fresh and dry, it was kept in multiple dry bags and a dehumidification storage system. Then on Monday, teams were able to test if the system would finally ignite and fulfill its purpose.

It did, resulting in a successful test fire.

But when members of the media once again gathered to observe the test fire demonstration on Wednesday, something else went wrong.

Moments before Rocket Crafters attempted its 43rd Star-3D test fire, employees and interns stood attentive, hoping the engine would ignite this time around. It did ignite, and company president Robert Fabian pumped his fists in excitement. But the celebration was brief.

One second into the test, the computer automatically aborted the firing, resulting in yet another failure.

"The motor ignited, stabilized and fired for approximately 1.5 seconds. At that time the igniter housing pressure seal failed, causing the system to automatically shut down," Rocket Crafters said in a statement. "Our team is working to adapt the design to prevent this from happening again." 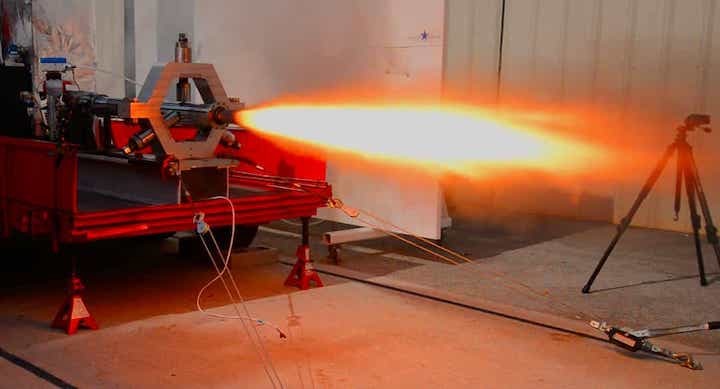 Workers at Rocket Crafters, working out of a warehouse in an industrial area of Cocoa, were testing a 550# test rocket with 3D printed fuel. One Wednesday the company held their 43rd hot fire test that was shut down early by their safety system.
MALCOLM DENEMARK/FLORIDA TODAY

What was scheduled to be a brief eight-second burst of flame resulted in another failure within the past two weeks. Besides the past three test failures that have occurred, the company had only encountered three previous mishaps, Fabian said.

The Cocoa-based startup company evokes a Silicon Valley-like vibe where a small 15-person team assembles and tests products right outside the facility on Cidco Road, which resembles a small warehouse. Their facility sits just down the road from SpaceX's site, which is being used to build a prototype version of its deep-space Starship rocket.

The fuel for the Star engine is made primarily out of plastic and provides a safe, reliable alternative to building modern rocket engines, which rely on a variety of combustible propellants to get moving. Some are even toxic to humans and the environment.

Instead of dealing with these propellants often used in solid or liquid rocket engines, Rocket Crafters says its hybrid engines – engines that combined elements of liquid and solid fuel – are safe to launch, hold and be around. They can even be taken through airport security and flown on commercial flights. 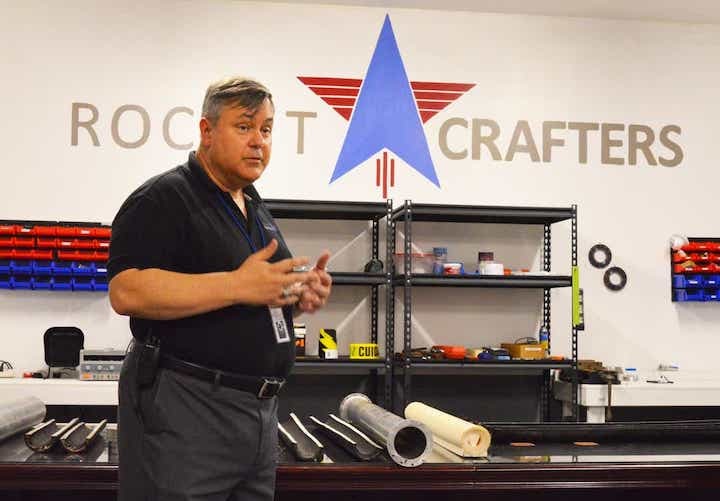 Workers at Rocket Crafters, working out of a warehouse in an industrial area of Cocoa, were testing a 550# test rocket with 3D printed fuel. Company president Robert Fabian talks about the test and the future of the company.
MALCOLM DENEMARK/FLORIDA TODAY

Injected into the plastic, 3D-printed engines is nitrous oxide, more commonly known as laughing gas, that acts as the oxidizer.

But unlike other hybrid engines that have a difficult time producing a clean, consistent burn, Rocket Crafters says its 3D printer creates a stable, smooth burn the entire time.

The eventual goal is to launch small satellites into Earth orbit at a target cost of $9 million per mission.

Rocket Crafters is working in collaboration with Swiss defense contractor RUAG to build the rocket that will be powered by its engines for its first flight, but it's not the rocket slated for orbital missions.

Its long-term vision is to build Intrepid, a rocket that would launch from Cape Canaveral Air Force Station and two other locations, with at least one on the West Coast. But this rocket is still in the preliminary design phase and cannot move forward without final engine designs.

"A lot of it depends on the final motor design and that doesn't get finalized until we've tested and we've done the suborbital," Fabian said.

Despite all the work that still needs to be done, the team is confident in meeting their deadlines.

"What's interesting about ours is the simplicity of our engine allows us to do rapid motor prototyping and testing," Mirsky said. "Our team here can sit here and can design an engine in front of their computers over the course of a day or two."