The aircraft will depart with a crew of four pilots from the Shuttle Landing Facility. 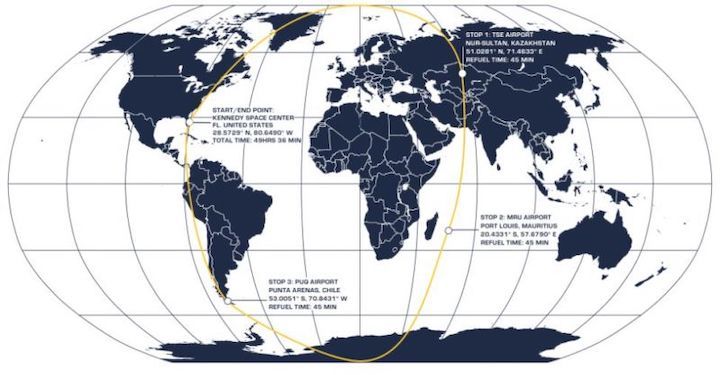 The flight path for One More Orbit's journey around the world.

As a veteran of three spaceflights (including a stint as commander of the International Space Station), former NASA astronaut Terry Virts has orbited the planet more than 3,400 times. Now, Virts said, he'd like the make "one more orbit" around the planet and possibly set a world record in the process.

Virts and the founder of a consultancy business named Action Aviation, Hamish Harding, are leading an effort to travel around planet Earth, via both poles, from July 9 through July 11. The current speed record was set in 2008 when a Bombardier Global Express jet made the journey at an average ground speed of 511mph.

The present-day record attempt will be attempted in a smaller jet: the Gulfstream G650ER aircraft has a range of more than 7,500 miles before needing to be refueled. The aircraft is capable of reaching Mach 0.925 and can sustain a velocity of Mach 0.85.

"On the occasion of the Apollo 50th anniversary, to honor the past, present, and future of space exploration, we are going to attempt to set a world speed record for polar circumnavigation," Virts, who is filming a documentary about the project, told Ars. 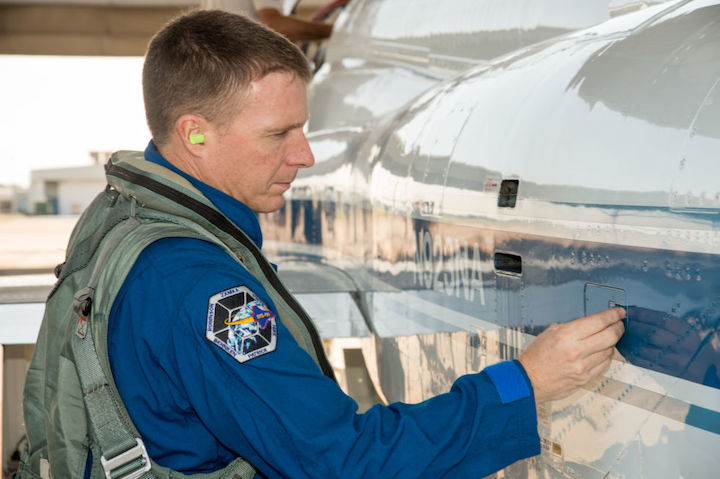 Expedition 43 Commander Terry Virts prepares for a T-38 flight in 2013.

The first leg of the 22,422 nautical-mile journey will travel from Florida across the North Pole and land in Nur-Sultan, Kazakhstan, to refuel. There, Virts' former crew mate on the space station, Russian cosmonaut Gennady Padalka, will join the flight "in the spirit of international cooperation."

From there, the mission will progress to a stop in Mauritius. After that, longest leg will be from Africa over the South Pole to Punta Arenas, Chile, before finally returning to Florida. Including the brief 45-minute fueling stops, Virts hopes to average 516 mph for the journey, breaking the current record by around 23 minutes.

After the flight, the record will have to be certified by the Fédération Aéronautique Internationale. Virts said the flight will be "carbon neutral," with the goal of planting 1,000 trees to offset carbon emissions. To the extent possible, the journey will be livestreamed.