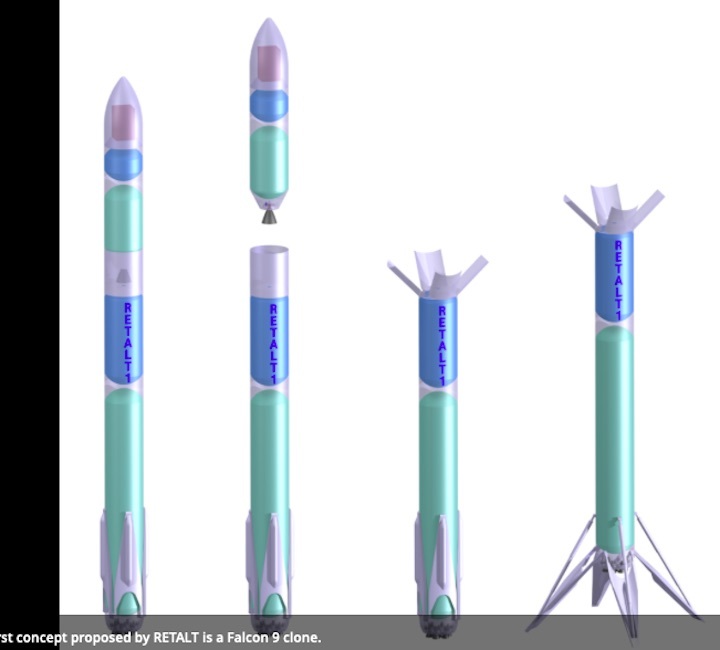 This month, the European Commission revealed a new three-year project to develop technologies needed for two proposed reusable launch vehicles. The commission provided €3 million to the German space agency, DLR, and five companies to, in the words of a news release about the project, "tackle the shortcoming of know-how in reusable rockets in Europe."

This new RETALT project's goals are pretty explicit about copying the retro-propulsive engine firing technique used by SpaceX to land its Falcon 9 rocket first stages back on land and on autonomous drone ships. The Falcon 9 rocket's ability to land and fly again is "currently dominating the global market," the European project states. "We are convinced that it is absolutely necessary to investigate Retro Propulsion Assisted Landing Technologies to make re-usability state-of-the-art in Europe."

SpaceX began testing supersonic retro-propulsion as far back as September 2013, when the company first flew its upgraded Falcon 9 rocket, v1.1. This involves relighting the rocket's Merlin engines as the Falcon thunders toward Earth through the atmosphere at supersonic speeds. Relighting a rocket's engines and controlling its descent with aerodynamic surfaces was a huge engineering challenge that the company has now mostly mastered.

Initially, SpaceX's competitors looked askance at the concept of vertically landing rockets, but as the company has racked up dozens of successes—and began to fly the same first stage boosters two and even three times—those attitudes have begun to change. US-based United Launch Alliance has begun exploring how to reuse its rocket engines, China has dozens of new space companies exploring these kinds of reuse technologies, and now Europe also appears to have shifted its stance as well.

While European space firms have acknowledged SpaceX's success, previously they have indicated that reuse is not a viable option for a continent that only launches five to 10 rockets a year. It would not be sustainable for a European factory to build just one rocket a year, officials have said. Instead, the European strategy has been to try to reduce the costs of its flagship Ariane and Vega launchers.

But the attitude of the new RETALT project appears to have indicated European acceptance of the inevitability of reusable launch vehicles. Engineers will work toward two different concepts. The first will be a Falcon-9-like rocket that will make use of seven modified Vulcain 2 rocket engines and have the capacity to lift up to 30 tons to low-Earth orbit. The second will be a more revolutionary single-stage-to-orbit vehicle that looks like the Roton rocket developed by Rotary Rocket about two decades ago.

"What is state-of-the-art in the USA is only in its beginnings in Europe," the press release acknowledges. "The consortium is determined to accept the challenge and to become important players in this game-changing technology."

Raumfahrt - Europe says SpaceX “dominating” launch, vows to develop Falcon 9-like rocket "What is state-of-the-art in the USA is only in its beginnings in Europe."
1653 Views
Created with page4