SpaceX has soared through the first major half of its third Falcon Heavy launch, heading through ignition, liftoff, recovery, and orbital insertion with relative ease. However, Falcon Heavy center core B1057 sadly suffered an unknown anomaly during landing, causing it to miss the drone ship.

Sadly, this marks the third time that a Falcon Heavy center core has failed to successfully return to shore and the second time a center core failed to stick the landing aboard drone ship Of Course I Still Love You (OCISLY). According to both SpaceX CEO Elon Musk and several engineers hosting the STP-2 webcast, B1057’s reentry was without a doubt the most challenging yet for any Falcon booster, with Musk putting the odds of a successful recovery at 50% just prior to launch. 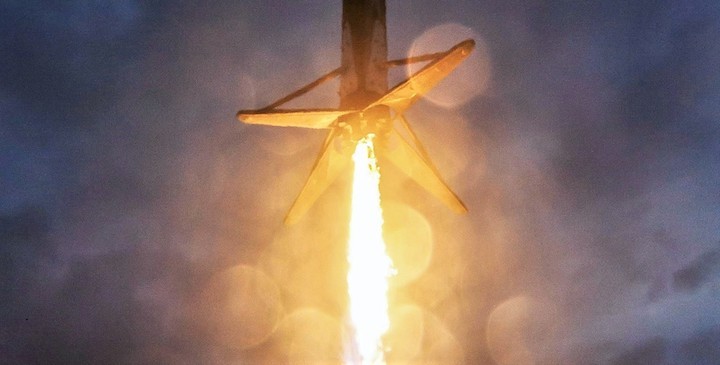 Indicative of the technical challenges at hand, STP-2 marks the second time a Falcon Heavy center core has missed drone ship Of Course I Still Love You. During the rocket’s February 2018 launch debut, the Block 3 center core famously ran out of the fuel needed to ignite its Merlin 1D engines, causing it to impact the Atlantic (albeit with solid accuracy) at more than 300 mph (480 km/h).

After a far more challenging reentry and recovery profile, B1057’s unsuccessful landing attempt appears to have been a fair bit gentler than B1033. Intriguingly, the booster’s landing burn (typically one Merlin 1D engine) exhaust was visible on the deck of OCISLY for just a second or two. Soon after, the booster’s engine glare entered the frame, appearing to be tilted far off center as landing legs visibly deployed seconds before the booster impacted the Atlantic Ocean. After breaking apart, the rocket’s remaining kerosene and liquid oxygen ignited, producing a relatively small explosion/fire what looked like 100-200 meters away from drone ship OCISLY.

While the loss of B1057 is another disappointing addition to the Falcon Heavy center core story, SpaceX’s next Falcon Heavy launch (at least per public manifests) is no earlier than September 2020, giving the company plenty of time to produce one or even several new center cores. Given the continued lack of successful recovery, it’s safe to say that the company will be building new center cores for each mission for the foreseeable future, at least until the first successful recovery. In general, success is not a question of IF but rather WHEN when it comes to SpaceX. Nevertheless, learning from failure is exceptionally difficult when flight opportunities only come ever 6-12 months, on average. 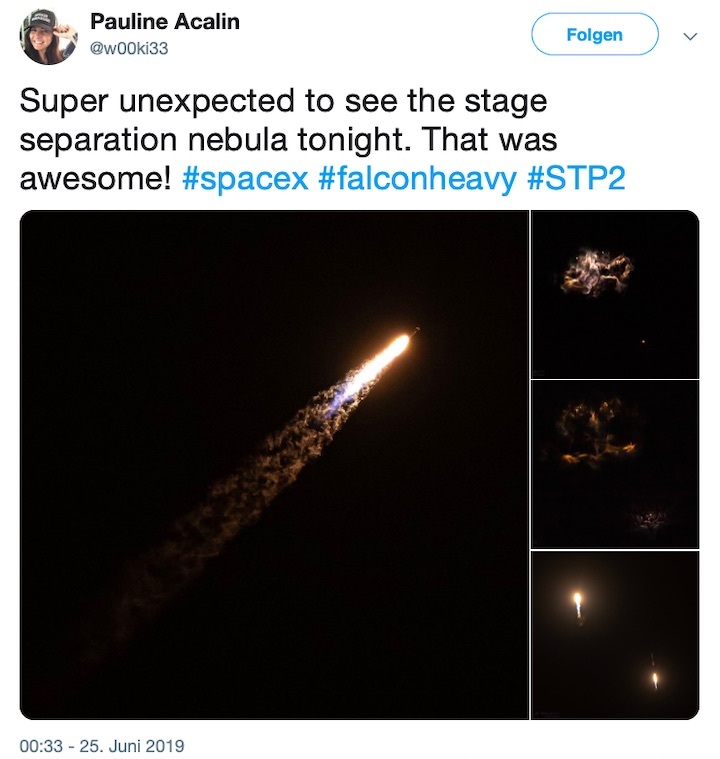 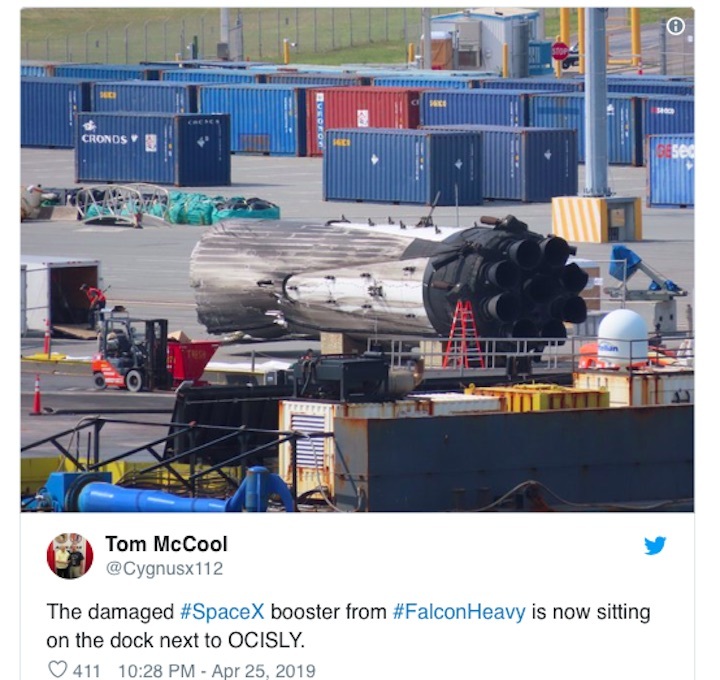 Thankfully, booster recovery is a secondary objective of SpaceX launches and STP-2 has continued through the center core anomaly without issue, beginning a 3.5-hour long deployment of 24 separate satellites. The mission is still hours from completion and the webcast – with live views from the orbital Falcon upper stage – will continue for another two or so hours. Tune in below.