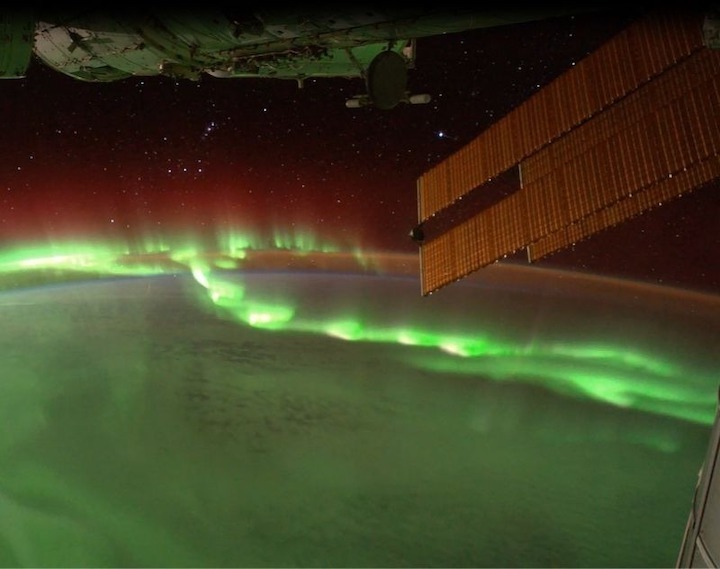 Magnetic disturbances caused by phenomena like the northern lights can be tracked by a ‘social network’ of ground-based instruments, according to a new study from the University of Warwick.

The researchers, led by Professor Sandra Chapman (pictured) from the University’s Department of Physics, have for the first time characterised the observations from over 100 ground based magnetometers in terms of a time-varying directed network of connections. They monitored the development of geomagnetic substorms using the same mathematics used to study social networks. The magnetometers ‘befriend’ one another when they see the same signal of a propagating disturbance.

The research, published in the journal Geophysical Research Letters, opens up the opportunity to develop more accurate models of substorms and helps us to understand the impact of space weather on our electrical and communication systems.

The northern lights, or Aurora Borealis, occur when charged particles from our Sun bombard the Earth’s magnetic field. This stores up energy like a battery which it then releases, creating large-scale electrical currents in the ionosphere which generate disturbances of magnetic fields on the ground. Small versions of these substorms are common, but occasionally larger storms will occur that can have a larger impact.

Using over 100 magnetometers that form the SuperMAG Initiative led by Dr Jesper Gjerloev, the researchers used the mathematical concepts from network science to monitor the development of substorms in the arctic auroral region. As a substorm develops and the electrical current in the ionosphere grows, individual magnetometers will register a change in the magnetic field. Pairs of magnetometers became linked when their measurements correlated with each other, expanding their network of ‘friends’ and allowing the researchers to monitor how the auroral disturbance from the substorm forms and propagates, and how quickly.

Substorms from the Aurora Borealis create an electrical current in the atmosphere that is echoed at ground level. Localised changes in the Earth’s magnetic field can disrupt power lines, electronic and communications systems and technologies such as GPS. They are just one form of space weather that affects our planet on a constant basis.

Professor Sandra Chapman from the University of Warwick Department of Physics said: “When talking about space weather, it is useful to provide a single number or rating that indicates how severe it is. To do this, we need to capture the full behaviour of how intense the event is, how widespread spatially, and how rapidly it is changing. Our aim is to use network science to develop useful parameters that do this, encapsulating all the information from 100+ observations.

“SuperMAG is a great example of how essential international co-operation is to solve problems like space weather that are on a planetary scale, using data from stations located in all the countries that abut the Arctic Circle.”