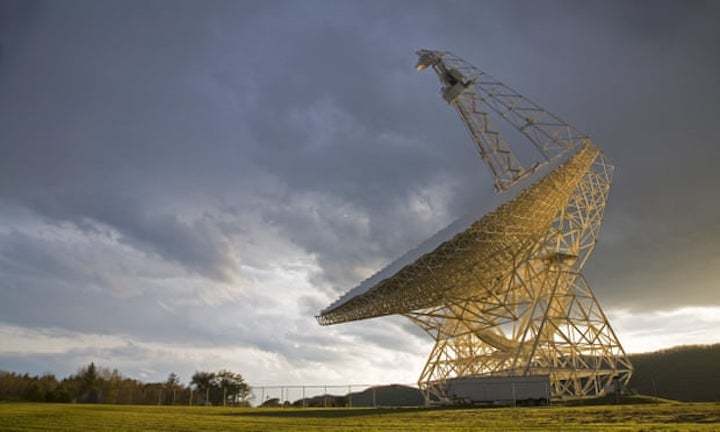 The close encounter will have to wait. Astronomers have come up empty-handed after scanning the heavens for signs of intelligent life in the most extensive search ever performed.

Researchers used ground-based telescopes to eavesdrop on 1,327 stars within 160 light years of Earth. During three years of observations they found no evidence of signals that could plausibly come from an alien civilisation.

The only signals picked up by the Green Bank telescope in West Virginia and the Parkes telescope in Australia had more Earthly origins, the scientists found, with mobile phones and other terrestrial technology providing plenty of noise, and more transient signals coming from overflying satellites.

“It’s quiet out there,” said Danny Price, an astronomer at the University of California, Berkeley, and a member of the Breakthrough Listen project, which aims to scan a million nearby stars, the entire plane of the Milky Way, and 100 neighbouring galaxies for radio and optical signals.

“We haven’t found anything in the data, but I’m certainly not giving up hope. There are still so many more stars to look at and more search approaches to consider.”

The scientists hope to spot “technosignatures”, which could reveal the presence an alien civilisation. These powerful electromagnetic signals are distinct from the various bursts of natural radiation that pour constantly through the galaxy.

Unlike the broad bursts that come from stars and other cosmic objects, powerful and narrow technosignatures might be produced by alien communications or propulsion systems, the scientists say.

During the three-year effort, the astronomers scanned billions of radio channels and filtered out any signals that appeared to come from nature or equipment on Earth. Having dismissed millions of signals this way, the team was left with only a handful of “events”. On closer inspection, these too turned out to have prosaic explanations.

The Breakthrough Listen team described their latest attempt to track down ET in two papers released on Tuesday, which made all the data available to the public. “There could be a signal in the data that we didn’t detect this time around, but others can now look through it to see if we missed anything,” Price said. 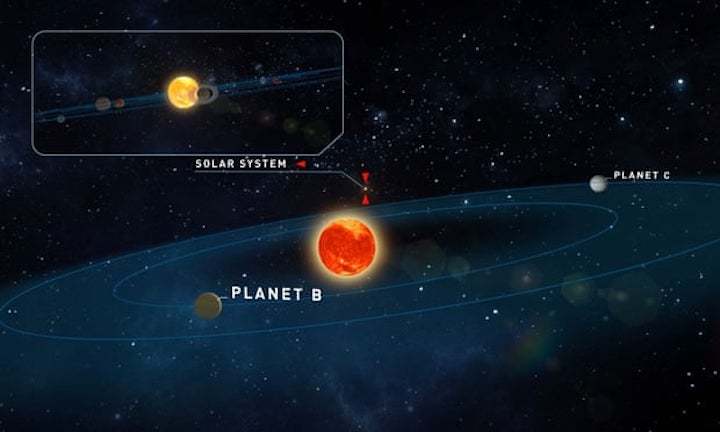 Teegarden’s star (in red) and its two planets are located 12.5 light years from our solar system. Photograph: Courtesy of Institute for Astrophysics/University of Göttingen

One place that astronomers will want to explore more is Teegarden’s star, a small and feeble ball of glowing gas that lies 12.5 light years from Earth. In a separate study, an international team of researchers reported the discovery of two Earth-like planets in orbit around the star, which shines only half as bright as the sun. Both planets appear to be rocky and in the star’s habitable zone, meaning the surface is likely to be warm enough for water to run and form pools.

The astronomers have not seen the planets directly, but inferred their existence from the push and pull they exert on Teegarden’s star. The inner and outer planets orbit the star in five and 11 days respectively, and both are “tidally locked”, meaning that, like the moon, they constantly show one face to the star.

Mathias Zechmeister, of the Institute for Astrophysics at the University of Göttingen, said the innermost planet had an average temperature of about 20C, making it potentially hospitable to life. “It could be habitable if it has an atmosphere,” he said. The work is published in the journal Astronomy and Astrophysics. 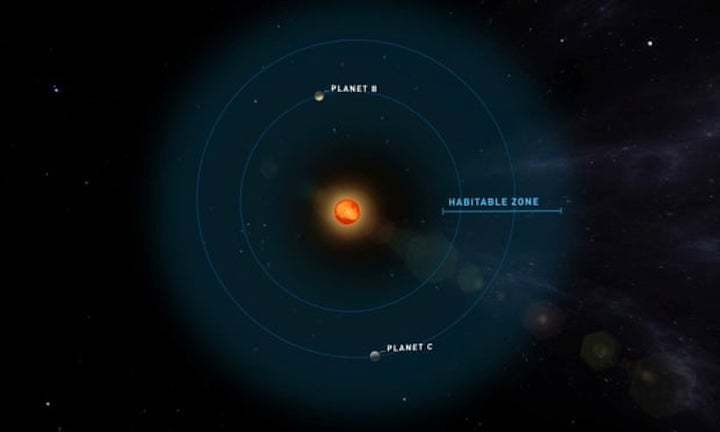 The proximity of Teegarden’s star, the 24th closest star to the sun, makes it a prime candidate for astronomers to observe with the next generation of telescopes, such as Nasa’s successor to Hubble, the James Webb Space telescope, due to launch in 2021.

Astronomie - It's quiet out there: scientists fail to hear signals of alien life Breakthrough Listen project found no evidence of alien civilisations on 1,327 stars
1628 Views
Created with page4