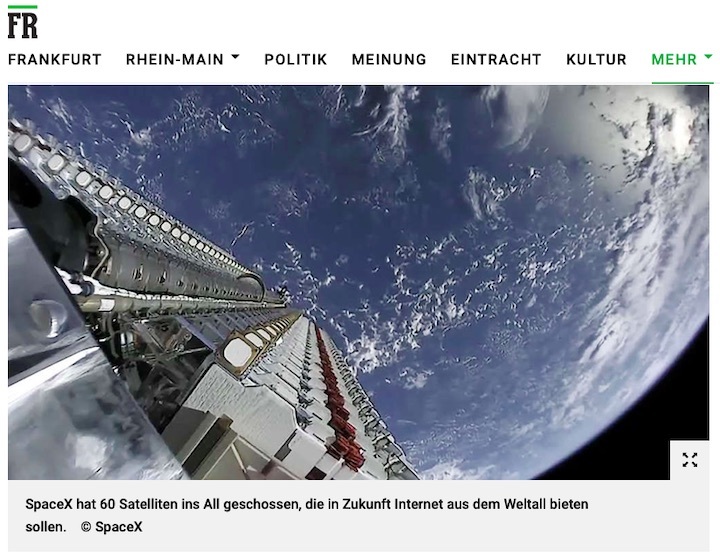 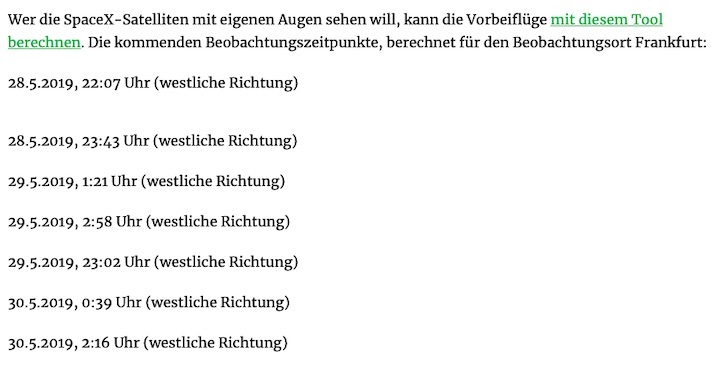 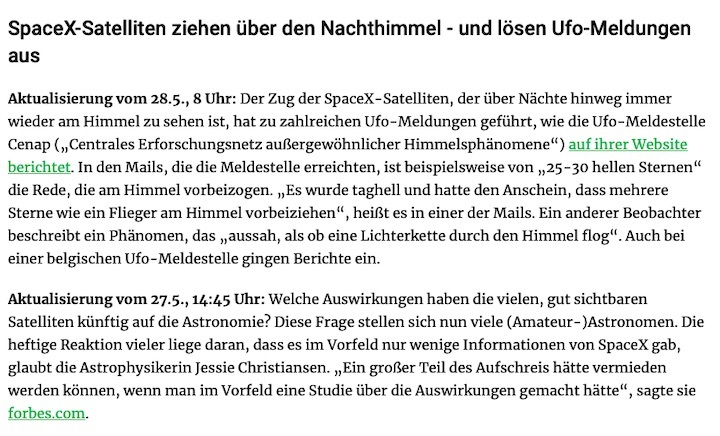 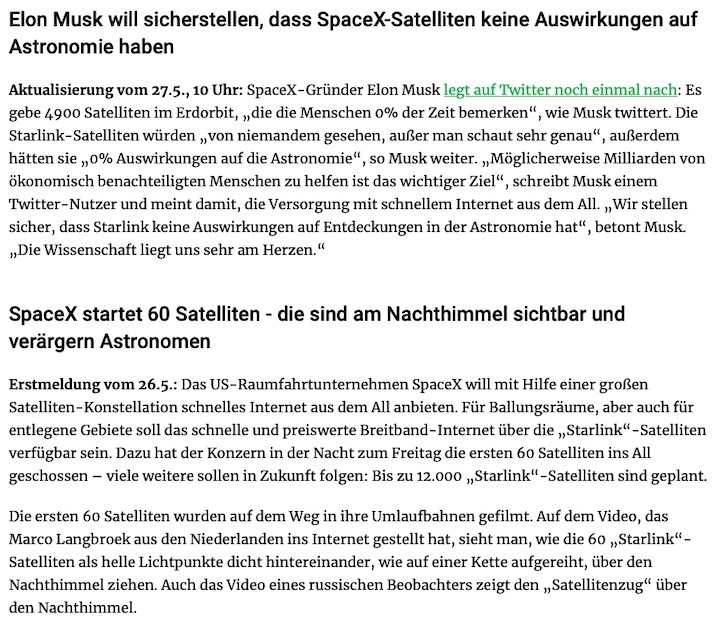 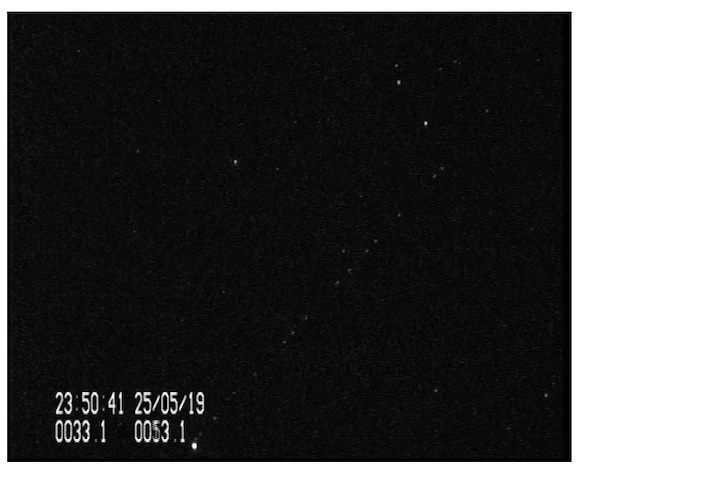 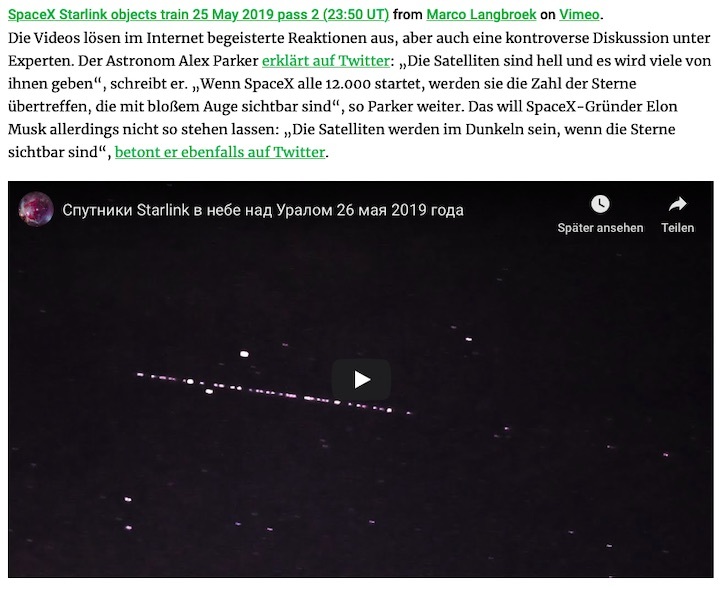 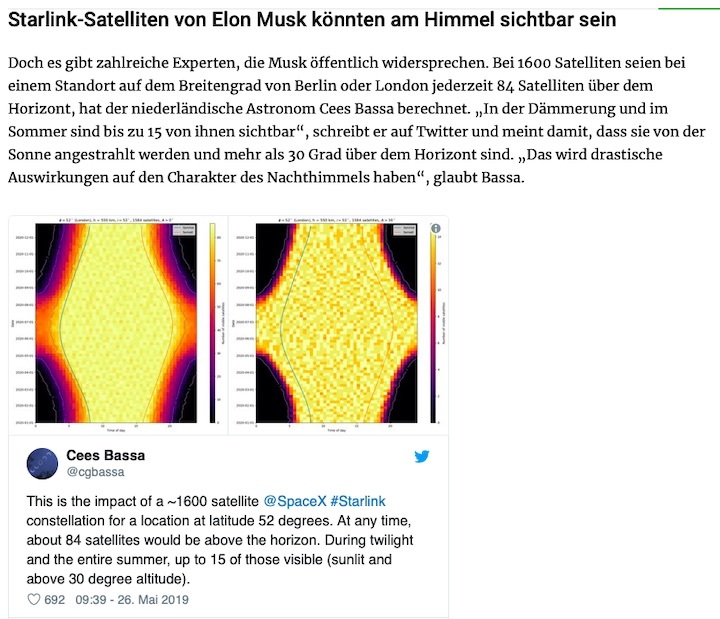 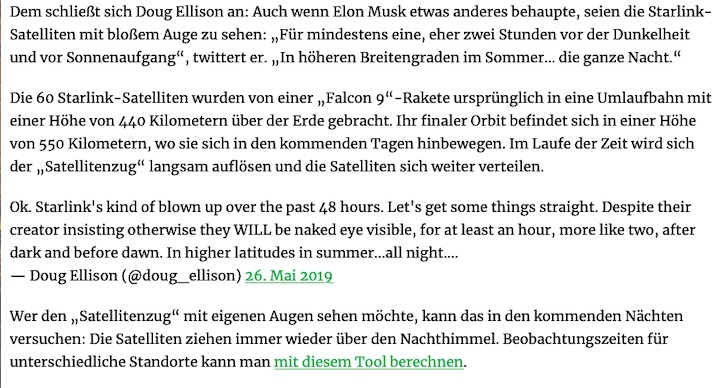 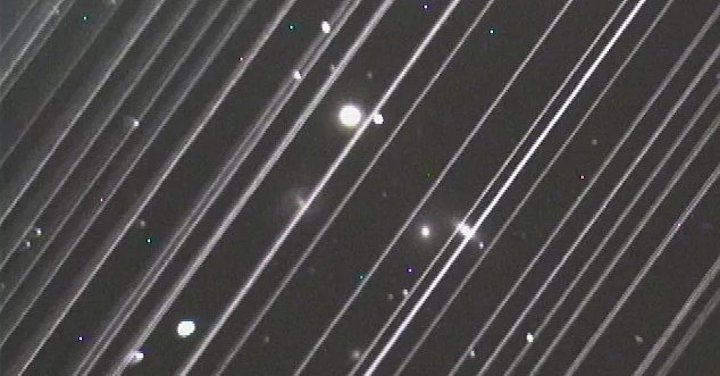 An image of the NGC 5353/4 galaxy group made with a telescope at Lowell Observatory in Arizona, U.S., on the night of Saturday, May 25, 2019. The diagonal lines running across the image are light trails left by the Starlink satellite group as it passed through the telescope’s field of view. Image courtesy of Victoria Girgis (Lowell Observatory

Tucson, AZ –, the spacecraft company, SpaceX launched a group of sixty satellites into low Earth orbit (LEO). Due to their reflective solar panels and other metal surfaces, the satellites are visible to the naked eye at night. In the days since they were launched, sightings have been reported all around the world. The visibility of the satellites, combined with a rapid increase in the number of satellites in LEO has caused concern in the astronomy and stargazing communities. Questions about the impact of this newly deployed technology are rippling through the natural nighttime conservation network.

To date, the U.S. Federal Communications Commission has already approved the operation of more than 7,000 SpaceX satellites in low Earth orbit. At least three other companies have expressed interest in launching large groups of similar new satellites, which are intended to provide reliable broadband internet service to people all over the world. These plans could easily lead to tens of thousands of satellites in low Earth orbit.

The rapid increase in the number of satellite groups poses an emerging threat to the natural nighttime environment and our heritage of dark skies, which the International Dark-Sky Association (IDA) has worked to protect since 1988. We do not yet understand the impact of thousands of these visible satellites scattered across the night sky on nocturnal wildlife, human heritage, or our collective ability to study the cosmos.

Some early reports have caused concern. James Lowenthal, a professor of astronomy at Smith College, was training undergraduate students for a summer astronomy outreach internship in New Hampshire when the SpaceX satellite grouping crossed their path in the night sky. “We were gathered around the telescope when one of them shouted, ‘WHAT is THAT?’” he tells IDA. Lowenthal calls the satellites a “shocking and devastating sight.”

The number of low Earth orbit satellites planned to launch in the next half-decade has the potential to fundamentally shift the nature of our experience of the night sky. IDA is concerned about the impacts of further development and regulatory launch approval of these satellites. We therefore urge all parties to take precautionary efforts to protect the unaltered nighttime environment before deployment of new, large-scale satellite groups.