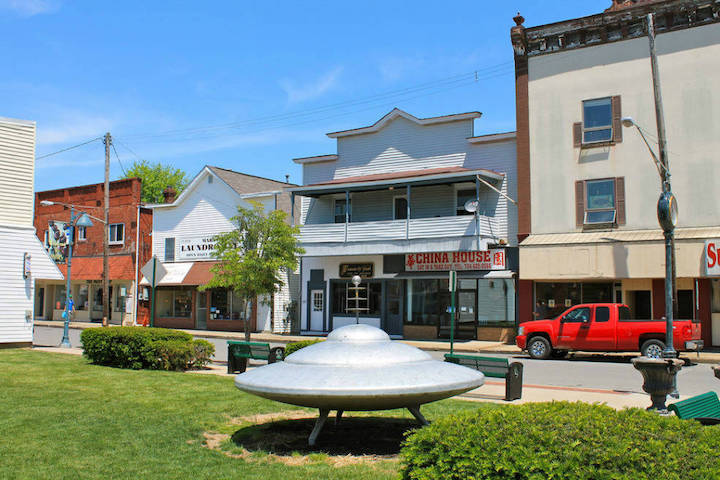 NASA returns to Mars, Pennsylvania Friday, May 31 to celebrate Mars exploration and share the agency’s excitement about landing astronauts on the Moon in five years. Returning to the Moon with NASA’s Artemis program will play an important role in preparing for future crewed missions to the Red Planet.

At the invitation of the borough of Mars, NASA will provide exhibits, activities and speakers Friday through Sunday, June 2.

To kick off the Martian extravaganza, media are invited to join NASA and local officials for opening remarks and a question-and-answer session at 5 p.m. EDT Friday in front of the town's flying saucer sculpture, located at 100 Pittsburgh Street.

Terrier will be available for interviews from 11:30 a.m. to noon Saturday to talk about NASA’s Moon to Mars plans, as well as how technology developed for space exploration often finds other purposes here on Earth – including in Mars, Pennsylvania.

Media should contact Clare Skelly at 202-358-4273 or clare.a.skelly@nasa.gov to attend the media availability on Friday and reserve a one-on-one interview with Terrier on Saturday.

This is NASA’s third time participating in the Mars celebration with science, technology, engineering, arts and mathematics (STEAM) activities. Through events like this, the agency aims to inspire the next generation of explorers to pursue careers in these fields and join NASA’s mission to the Moon and Mars.

Highlights this year include: 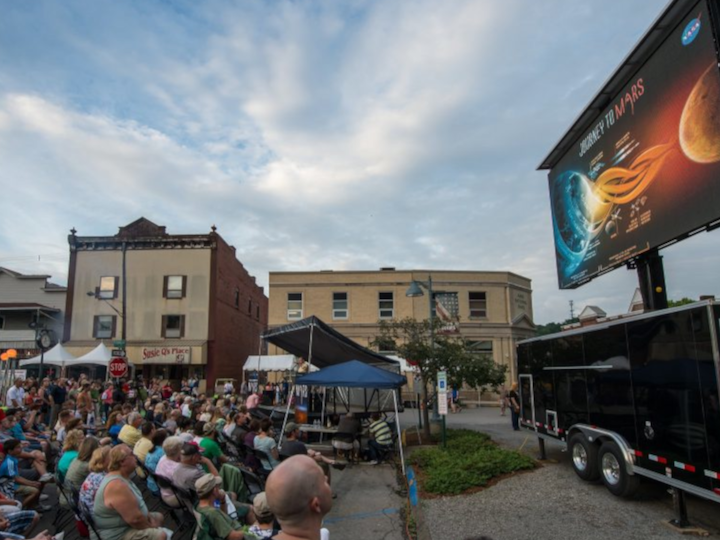 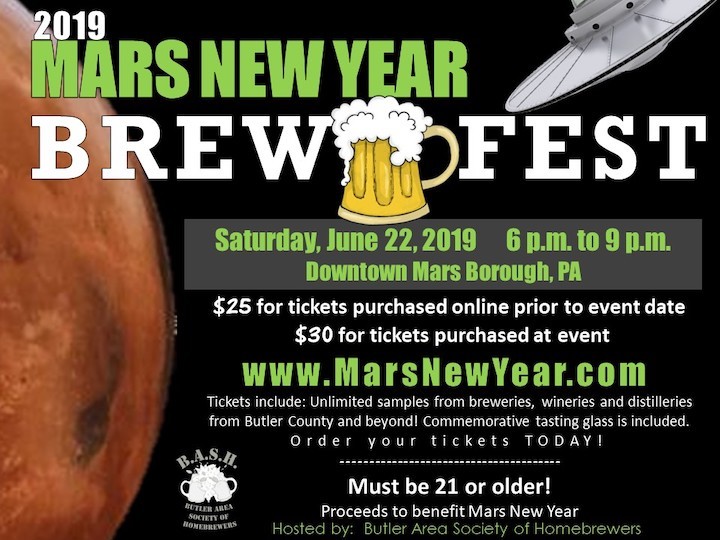 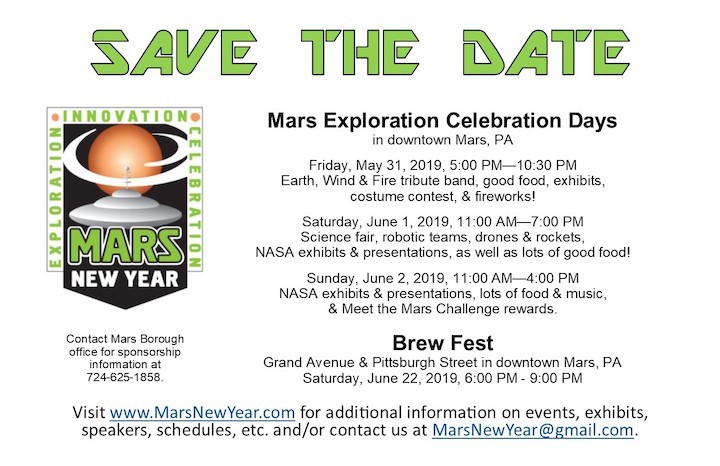 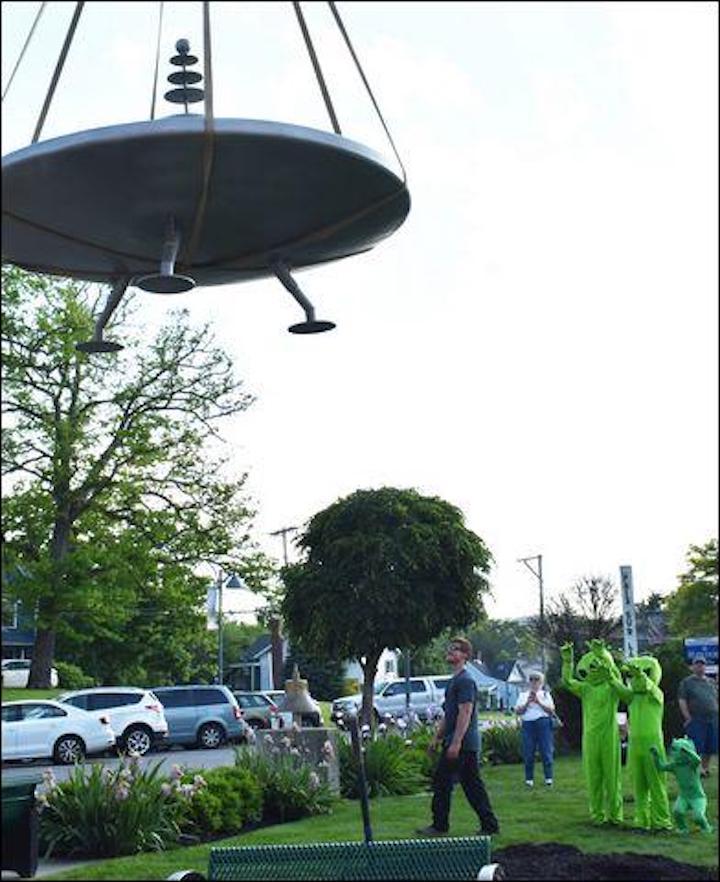 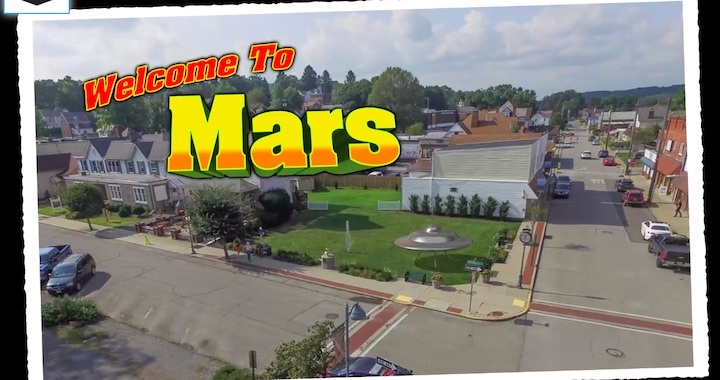 The Mars flying saucer made a safe return to the borough Thursday after a nearly two-month absence.

The flying saucer, positioned at the corner of Grand Avenue and Pittsburgh Street, hovered away from its home in late March on its way to a cleaning and fresh coat of paint. Officials said it was last painted in 2017, and was in desperate need of a makeover.

PPG Paints provided the new paint, which should last longer and allow the spaceship to be the center of attention during Mars New Year Exploration and Celebration Days from May 31 to June 2.