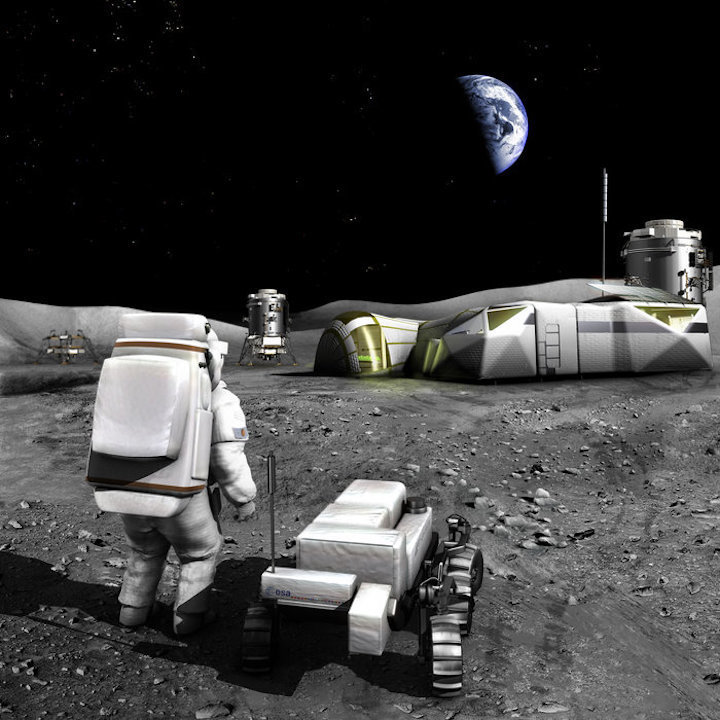 The House Appropriations Committee approved its version of the FY2020 Commerce-Justice-Science (CJS) bill that funds NASA today.  Instead of allocating more money for sending astronauts back to the Moon as requested by the Trump Administration, it added funds for NASA’s science and education programs.  The committee did not address the supplemental request, delivered just last week, for another $1.6 billion for the Artemis Moon program.  Its action was only on the original request submitted on March 11.

In the report to accompany the bill, released yesterday, the committee provided some details on its actions.  Bearing in mind that the bill does not take into account the proposed acceleration of the Moon program announced on March 26 and the associated $1.6 billion supplemental, it criticizes the shift in priorities at NASA towards human lunar exploration at the expense of science and education.

The original request, submitted to Congress on March 11, already added $700 million above the FY2019 levels for the Gateway and Advanced Cislunar and Surface Capabilities (ACSC).  At the same time, the Administration chose to “either reduce or eliminate many critical legacy programs” including three Earth science programs (PACE, CLARREO-Pathfinder, and the Carbon Monitoring System), the Wide-Field Infrared Space Telescope (WFIRST), and the entire STEM Engagement account.  The committee did not agree.

“The Committee rejects these proposals and has included an additional $881,100,000 above the request to support these critical programs, including additional funding to increase the availability of competitive research grants within Earth Science and a nearly twelve percent increase over the FY2019 level for Science, Technology, Engineering and Mathematics Engagement.” — House Appropriations Committee

Briefly, the committee took the following actions on the March 11 request, which was for a total of $21.019 billion, about half a billion less than NASA’s FY2019 funding level.  The committee approved $22.315 billion instead.  The committee also rejected NASA’s restructuring of its budget accounts, which complicates comparing the request and the committee’s actions.

As in prior years, the bill restricts space cooperation with China — the so-called “Wolf Amendment” — and specifies that Europa Orbiter and Europa Lander be launched on SLS in 2023 and 2025, respectively.  However, it no longer places a cap on the cost of the James Webb Space Telescope.

The fate of the $1.6 billion supplemental request will have to wait for Senate action.  The chairman of the Senate CJS subcommittee, Sen. Jerry Moran (R-KS), tweeted his enthusiastic support for the Artemis program last week.  The Senate Appropriations Committee is chaired by Sen. Richard Shelby (R-AL), an ardent advocate for the Space Launch System (SLS) and since NASA’s newly released Artemis plan assumes three SLS launches by 2024 and a total of eight through 2028, he is likely to be supportive.

The question remains as to where the money will come from — this year and in the future.  Congressional Republicans and Democrats are still trying to reach agreement with the White House to raise the budget caps to avoid a sequester in FY2020, never mind add large sums of money on top of what the Administration requested originally for NASA and many other government agencies.

Budget negotiations and FY2020 appropriations have a long way yet to go.  The House Appropriations Committee’s CJS bill is just one step.