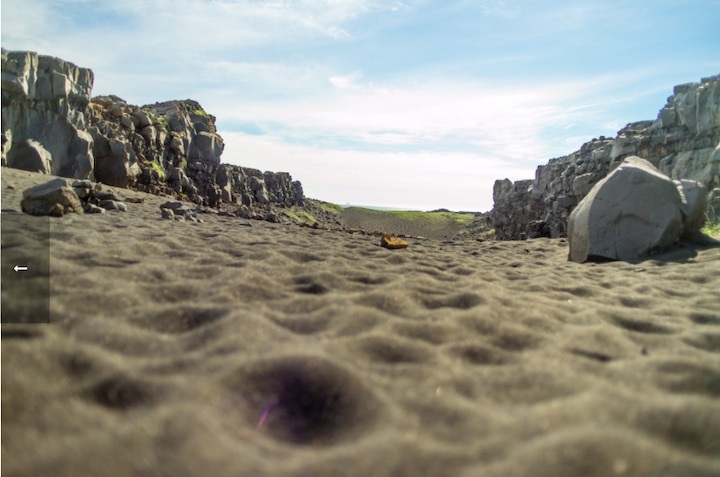 NASA will test the self-driving Mars Rover truck in Iceland this summer to prepare for the Mars 2020 mission. A prototype of the Rover will be tested in the Lambahraun lava field this July, north of Hlöðufell mountain. The area there is covered with basalt sand which closely resembles the surface of Mars, RÚV reports.

Students from Reykjavík University will assist with the preparation for the mission. “We’re preparing for their arrival. Putting all the pieces together, such as ensuring a network connection in the area. Sending them photos of the area. Ensuring they have all the permits. Then in July, we’ll head with them to the scene and we’ll work with them very closely,” said Hilmar Þór Pétursson, the group’s leader.

Nasa scientists are especially interested in a course in the sand formed by meltwater from Langjökull glacier. “The sand is similar to what you will find on the Moon and on Mars, and many other planets. It’s a prime opportunity to test their new technology which they will send into space. This hasn’t happened for twenty to thirty years in Iceland, that NASA comes to the country to prepare for a mission,” Hilmar commented. Friðik Hover, a student at Reykjavík University, commented as well: “To get to work with NASA is a unique opportunity, and to get to see them work and to learn from them is fantastic.”

The Mars 2020 rover mission is part of NASA’s Mars Exploration Program. the 2020 Mars mission is intended to address key questions about the potential for life on Mars. The self-driving Mars Rover will drill for core samples during the mission, which will be launched in July/August 2020 when the Earth and Mars will be in a good position relative to each other for a launch. Read more about the mission here – https://www.nasa.gov/mars2020/overview

32 NASA astronauts in total came to the country to train for the Apollo missions. The astronauts trained in geology and made two trips to the training area in 1965 and 1967. Seven of the astronauts later travelled to the moon. The training area at that time was near Askja near the Dyngjuföll mountains in the North-East of Iceland.