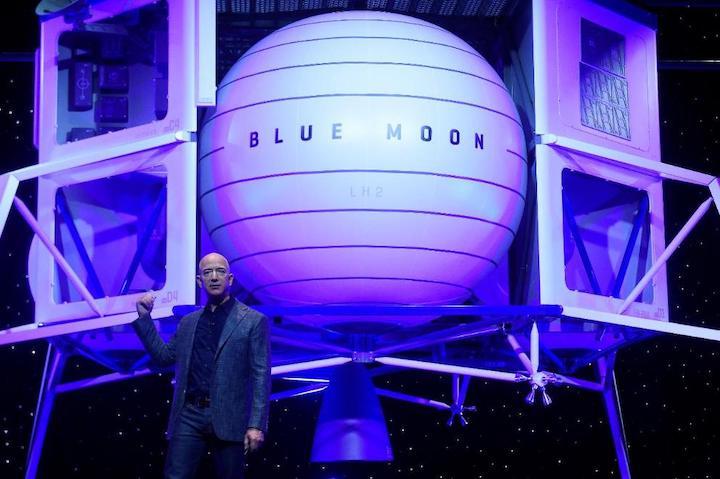 Jeff Bezos may be ready to bring Blue Origin, his secretive space company, out of the shadows.

The firm has spent two decades quietly designing and testing new rocket technologies that Bezos hopes will help usher in a science fiction future where millions of people live and work among the stars.
The Amazon (AMZN) CEO and world's wealthiest person recently described Blue Origin as the "most important work" he's doing. But so far he's mostly forgone flashy announcements, and instead has encouraged employees to adopt mantras like "slow is smooth, and smooth is fast."
Things are different this week. Blue Origin is hosting a rare event with media in Washington, DC, on Thursday. Bezos himself is scheduled to speak, but it's not entirely clear what will be discussed. 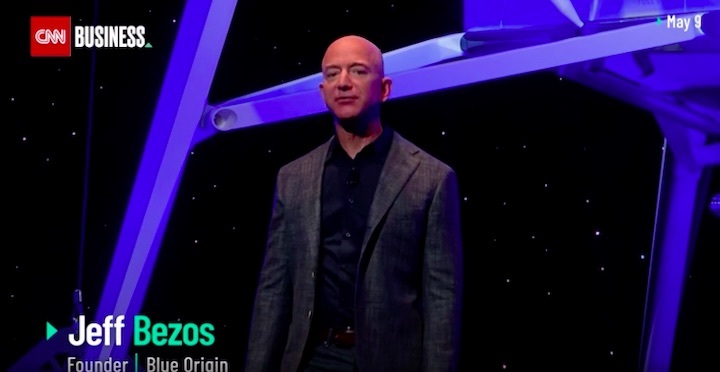 The invitations said that Bezos plans to give an update on Blue Origin's "progress and share our vision of going to space to benefit Earth." Spokespeople for Blue Origin declined to share further details. 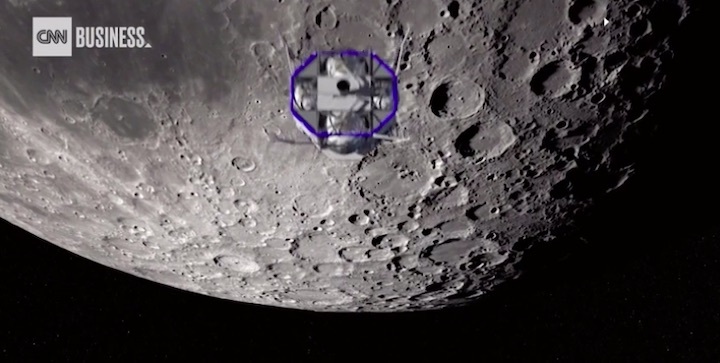 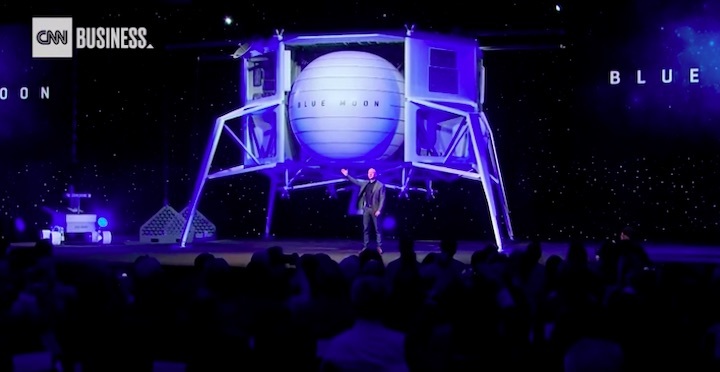 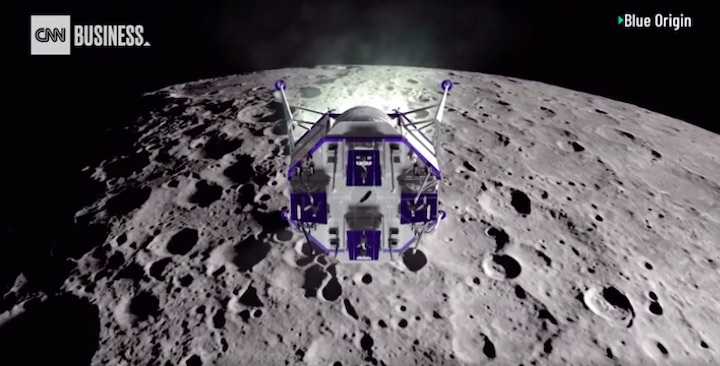 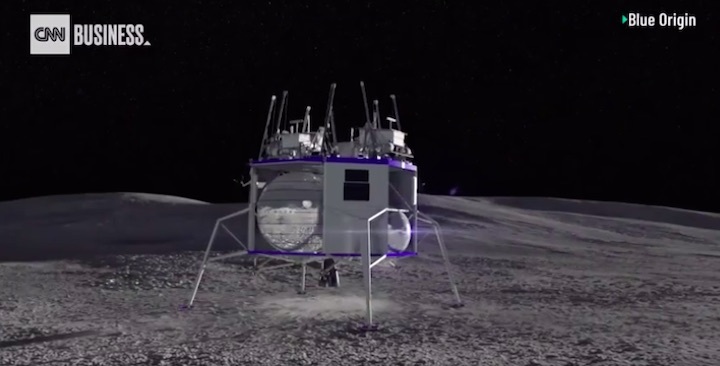 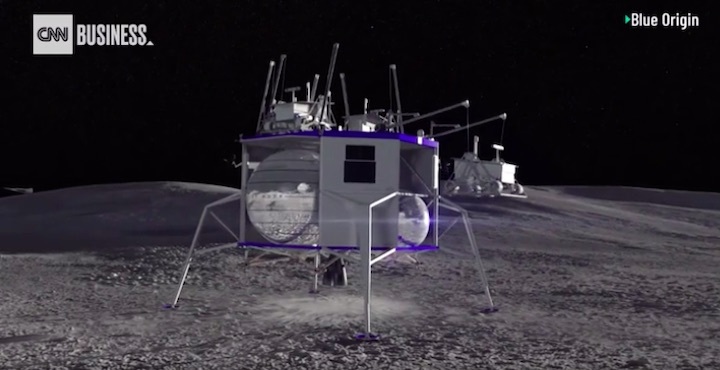 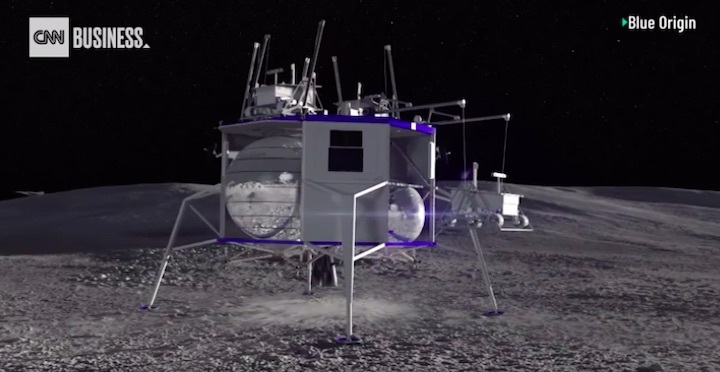 The only other clue is a cryptic tweet that includes the date of the event along with a photo of "Endurance," the ill-fated ship that left explorer Ernest Shackleton and his crew stranded during an expedition to Antarctica in 1915. (A crater on the moon's south pole is also named for Shackleton, a hint that Bezos' speech could have a lunar focus.)
There are a few reasons Blue Origin may be hankering for media attention: Executives have said Blue Origin's space tourism business will be up and running this year; its massive New Glenn rocket could ready to fly in 2021; and Bezos has been more open in recent months about plans to ferry cargo to the moon and set up a base on its surface.

Bezos isn't the only billionaire with a space company. Elon Musk and Richard Branson started their own businesses in the early 2000s, too. The men have been credited with helping to usher in a new era of spaceflight by pouring money into projects once considered too risky or expensive for the private sector.
Elon Musk's rocket company SpaceX has enjoyed the lion's share of media attention. It's led the charge by developing cheap reusable rockets that now regularly haul satellites to orbit. The company also wins high-profile contracts with NASA and the military, and it's touted bold plansfor colonizing Mars.
British serial entrepreneur Richard Branson has also wielded his signature showmanship to promote Virgin Galactic, a space tourism venture that hundreds of customers have already lined up for. It could open for business this year.
Branson has also publicized longer-term goals like offering rocket-powered flights between cities.
Blue Origin may have kept the lowest profile. But its plans are no less ambitious.
The startup has launched nearly a dozen demo flightsof its New Shepard rocket, which is designed to send tourists on scenic trips to the thermosphere. Its first crewed launch could be just a few months away, an executive said during a test launch webcast last week.
And then there's New Glenn, which competes for lucrative satellite launch contracts and could start flyingin a couple of years.
Bezos' enormous e-commerce fortune could give Blue Origin a leg up in the billionaire space race. Bezos has said he fills Blue Origin's coffers by selling about $1 billion worth of his Amazon stock each year. The company hasn't worried about courting investors.
SpaceX has padded Musk's early investments by raising huge amounts of venture capital dollars and landing big launch contracts. It's worth an estimated $30 billion. But if investors get nervous about SpaceX's expensive gambles on new technologies or the economy goes south, things could get rocky.
Branson's space company, meanwhile, has been hungry for cash since it turned down a $1 billion investment from Saudi Arabia last year after journalist Jamal Khashoggi was killed at a Saudi consulate. Virgin has since hired a finance firm to help find new backers, Sky Newsreported in February. 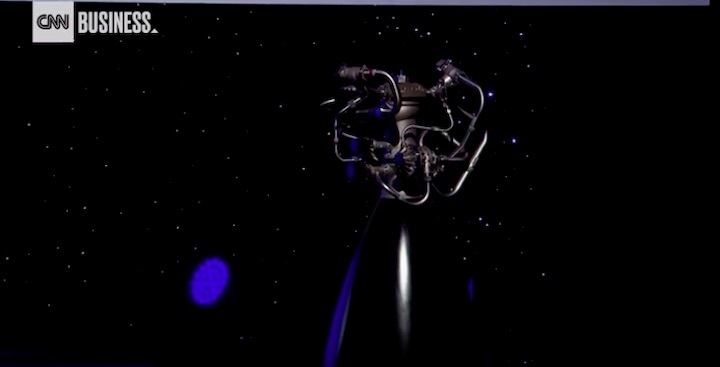 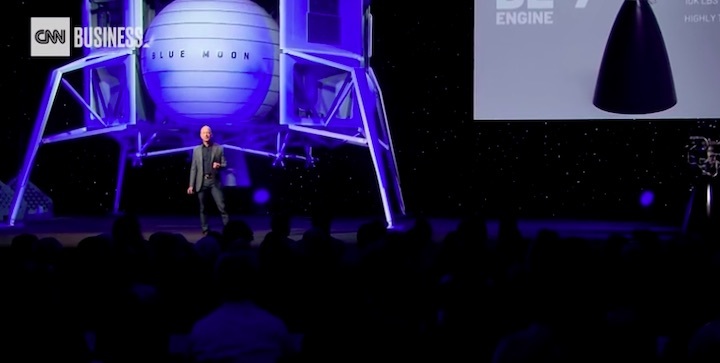 Blue Moon is a flexible lander delivering a wide variety of small, medium and large payloads to the lunar surface. Its capability to provide precise and soft landings will enable a sustained human presence on the Moon.

Blue Moon can deliver payloads to the lunar surface, host payloads and even deploy payloads during its journey to the Moon. Its technology builds on our experience with New Shepard with respect to LH2/LOX propulsion, precision guidance, vertical landing and landing gear systems.

It's been years in development. 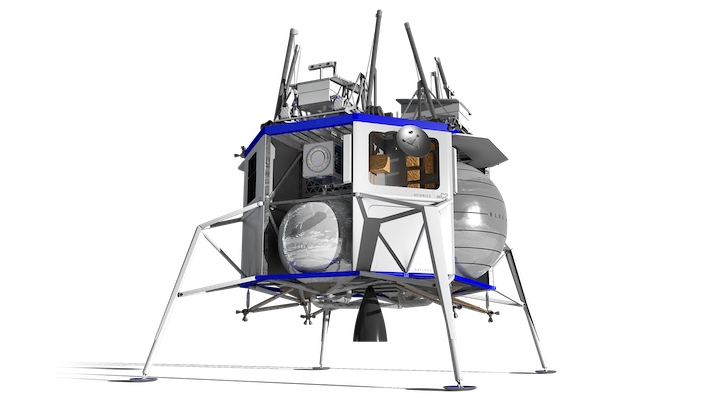 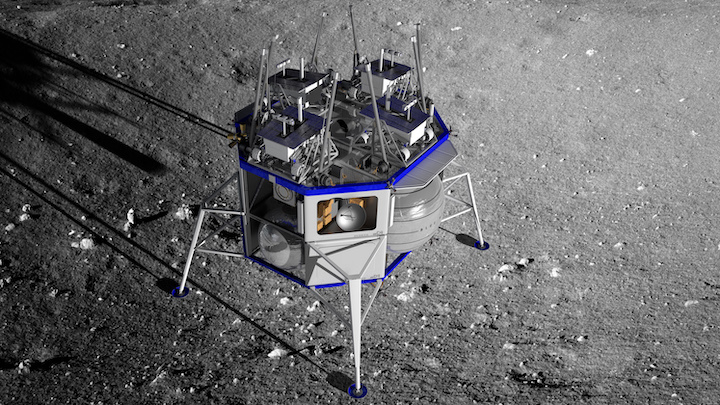 Blue Moon can land multiple metric tons of payload on the lunar surface.

The top deck and lower bays easily accommodate a wide variety of payloads, including large payloads and ESPA-class payloads with standard ring port interfaces. There are lower mounting locations for payloads, useful for closer access to the lunar surface and off-loading. 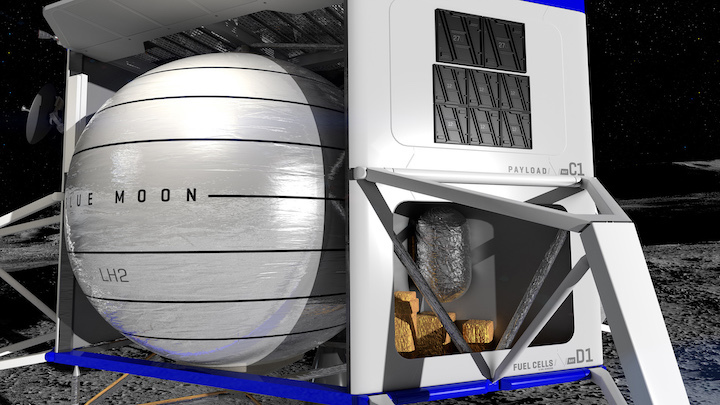 The Blue Moon lander provides kilowatts of power to payloads using its fuel cells, allowing for long mission durations and the ability to last through the lunar night. 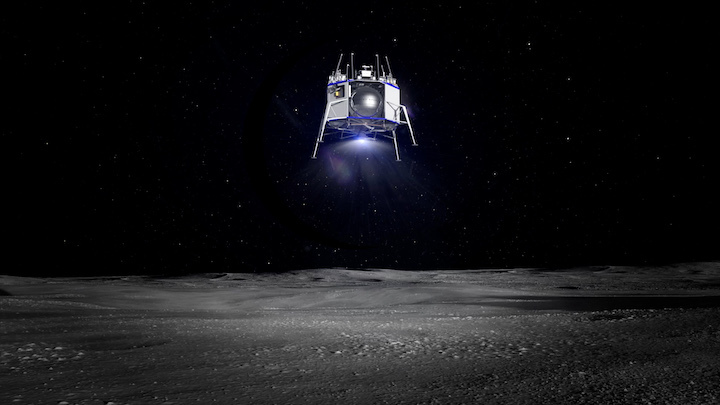 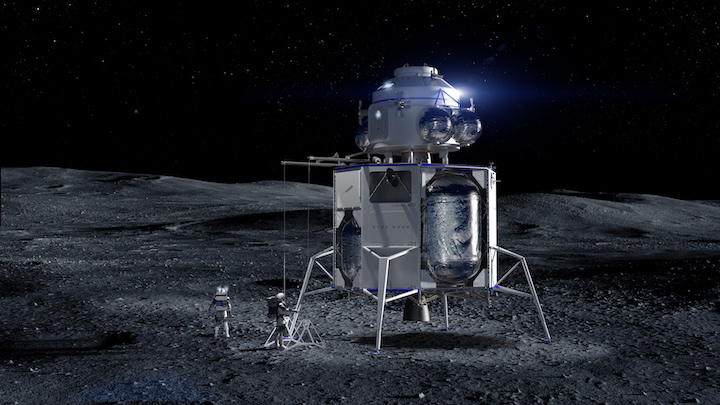 The Blue Moon lander can deliver large infrastructure payloads with high accuracy to pre-position systems for future missions. The larger variant of Blue Moon has been designed to land an ascent vehicle that will allow us to return Americans to the Moon by 2024. 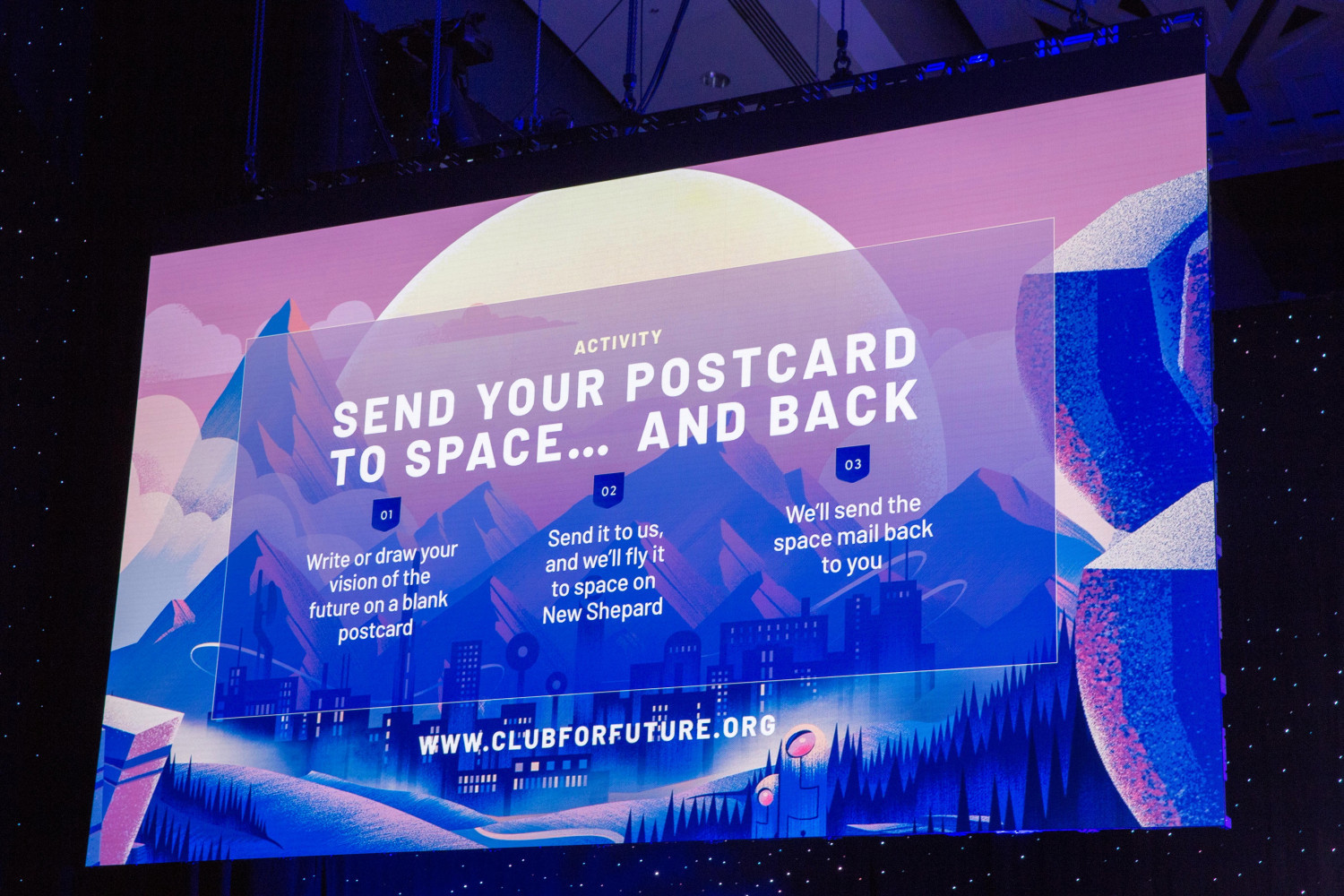 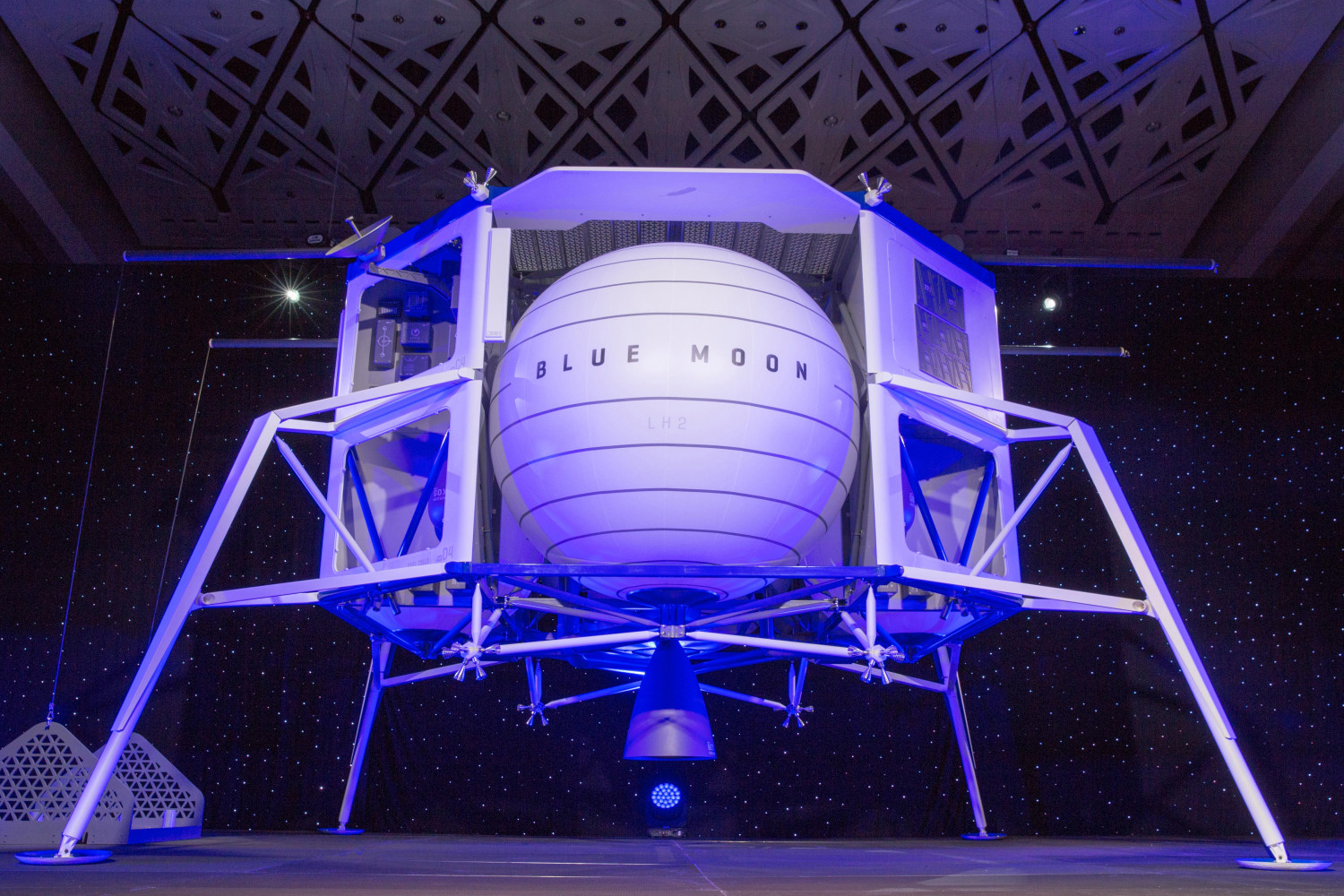 "This vehicle is going to the moon," Bezos said while revealing the plan, according to USA Today. He added that he hopes the lunar lander, called Blue Moon, will head towards the celestial body in 2024.

Bezos said that going to the moon is a good idea because it has a weaker gravitational pull than Earth.

"We were given a gift – this nearby body called the moon," he said.

"It’s time to go back to the moon, and this time to stay," Bezos added.

Bezos stood before a mock-up of the craft at the presentation.

He also confirmed that the company will fly people to space this year in the "New Shephard," a reusable suborbital rocket system. The company is also working on a future rocket, the "New Glenn," capable of carrying people and payloads by 2021.

Bezos, also the founder of Amazon and the owner of The Washington Post, described the lander and rockets as just the first steps toward larger space missions.

He floated the idea of space colonies, showing images of spacecraft people could live in. He said that the weather in such colonies, which would float or orbit in space, could be like that of Maui.

The commercial space industry has grown in recent years. In addition to Bezos's Blue Origin, other billionaires have also jumped into the field, including Richard Branson with Virgin Galactic, Virgin Orbit, and The Spaceship Company, companies that are developing commercial spacecraft and satellites. Branson has said that Virgin Group has invested over $1 billion in the three smaller companies.

Another rival is Elon Musk and his company SpaceX, which is developing reusable rockets to place satellites in orbit and more ambitious plans for transport to Mars.

Raumfahrt - Jeff Bezos is about to speak publicly about Blue Origin, his secretive rocket company
1994 Views
Created with page4