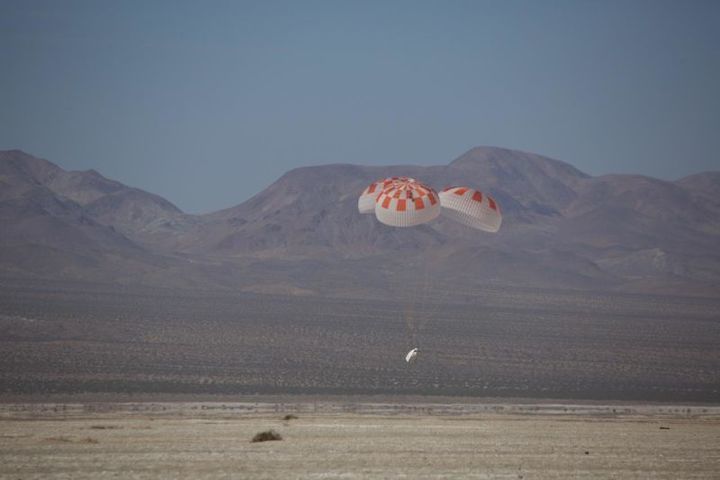 SpaceX had a problem during a test of its Crew Dragon parachute system in April, NASA confirmed on Wednesday. "The test was not satisfactory," said NASA's chief of human spaceflight, Bill Gerstenmaier, at a House subcommittee hearing. "We did not get the results we wanted. The parachutes did not work as designed."

The test appears to have occurred last month at Delamar Dry Lake in Nevada, where SpaceX was conducting one of dozens of drop tests it intends to perform to demonstrate the safety of its Crew Dragon spacecraft. This was a "single-out" test in which one of Dragon's four parachutes intentionally failed before the test. "The three remaining chutes did not operate properly," Gerstenmaier said.

The admission came during questions from an Alabama Representative, Mo Brooks, who has been critical of the new space company because its advances in rocket technology threaten the Marshall Space Flight Center, which he represents.

"Can you get more specific when you say it wasn’t what we wanted?" Brooks asked, evidently pressing Gerstenmaier to say publicly that the test vehicle suspended by the parachute was damaged or destroyed.

The test sled, Gerstenmaier confirmed, was “damaged upon impact with the ground.”

In his comments, however, Gerstenmaier sought to cast the accident as a positive learning experience for NASA and SpaceX. "This is part of the learning process," he said. "By these failures we’re going to learn the data and information to effect a design to end up with a safe design for our crews. So I don’t see this as a negative. This is why we test. This is why we want to push things."

Gerstenmaier said it was not clear whether the failure occurred because of some problem with the test itself—perhaps the drop release from the aircraft was problematic—a problem with the parachute design, or some other issue. But he said teams from both SpaceX and NASA are investigating. It is not clear how this failure will affect the first crewed launch of the Dragon vehicle, which already seemed unlikely before 2020 after a problem during an unrelated thruster test in April.

As Ars reported earlier this year, SpaceX has had problems with the parachutes on both its Cargo and Crew Dragon vehicles. (NASA's Orion capsule and Boeing's Starliner vehicle have also had struggles with parachute designs and tests). However, during the initial flight of the Crew Dragon spacecraft in March, the parachute system worked flawlessly during the vehicle's return to Earth.

Raumfahrt - SpaceX had a problem during a parachute test in April "We did not get the results we wanted."
1873 Views
Created with page4