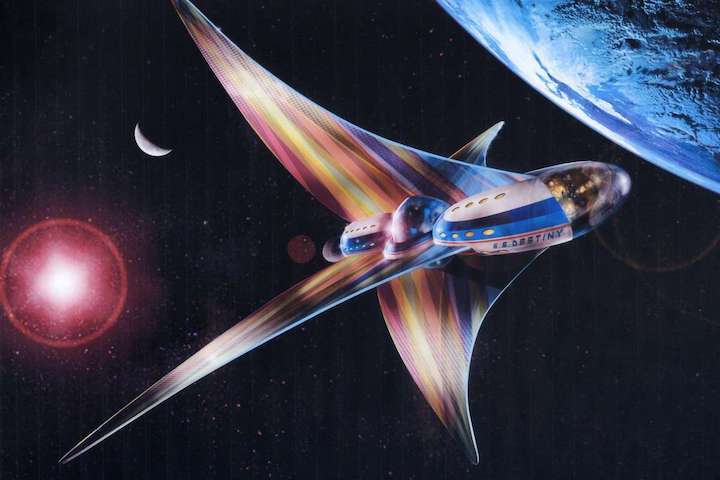 Neil deGrasse Tyson, director of the Hayden Planetarium, famously declared that Earth’s first trillionaire will be a space miner. There’s gold in them thar asteroids.

Perhaps, but the first big money to be made in space will more likely come from tourism, says John Spencer, who founded the Space Tourism Society and designed elements of the International Space Station for NASA.

Commercial space exploration is already attracting vast amounts of capital, according to space-analytics company Bryce Space and Technology, which reported that space startups received $3.2 billion in investment in 2018 and $22 billion since 2000.

A portion of that money has bolstered the growing space-tourism industry.

The industry arguably took off in 2001, when Los Angeles businessman Dennis Tito became the first space tourist, paying $20 million to join a Russian cosmonaut crew on a Soyuz rocket to the International Space Station. Since then, six others have followed, paying to sojourn at the ISS.

Outside the Space Station, which no longer accepts tourists, an industry providing people a suborbital taste of what it’s like to be in space has flourished. Zero Gravity Corp., for example, allows people to feel as though they’re floating in zero gravity by flying a modified Boeing 727 in a parabolic arc, and a number of companies are gearing up to carry passengers to various heights above Earth’s surface, including a hot-air balloon that would provide a view of Earth’s curvature from 12 miles high, and Blue Origin’s passenger rocket, which would provide even more expansive views from 66 miles up — high enough for passengers to be considered astronauts.

And last fall, Elon Musk announced that a passenger had booked a trip on a rocket aiming even higher: the moon.

Japanese billionaire Yusaku Maezawa purchased seats for a one-week journey around the moon with up to eight artists on SpaceX’s as-yet-unbuilt Big Falcon Rocket. The tentative launch date for Earth’s first moon tourists is 2023.

Once journeys such as Maezawa’s become commonplace, Spencer imagines tourism in space will eventually evolve to resemble tourism on the ocean.

Think of it: the cruises, the hotels, the adventure sports and high-end yachts, each of which would require the staff of its Earth-bound counterpart, plus the support staff needed for space.

“Eventually, there will be a lot of jobs in space,” Spencer said. “We need people who cook and clean; we need a space guard service.” He foresees sports such as dune-buggy racing or low-gravity basketball bringing television crews, crowds and the corresponding infrastructure.

Clint Wallington, a hospitality professor who worked with the International Space Station’s education-outreach program and once ran Rochester Institute of Technology’s space-tourism course, agreed that space tourism would create a lot of jobs.

“You start to see how to put together a full hotel support,” he said. And then, he added, you would need people who know how to respond if equipment malfunctions or a passenger gets injured.

Wallington predicted that the type of infrastructure that would allow tourists to visit the moon or spend a few weeks on a space station is decades, if not a century, out.

But he remembers the excitement of the original space race, and does not discount what humanity can accomplish when it becomes captivated by an idea.

“If something becomes super-popular,” he said, “interesting things can happen in a short time.”