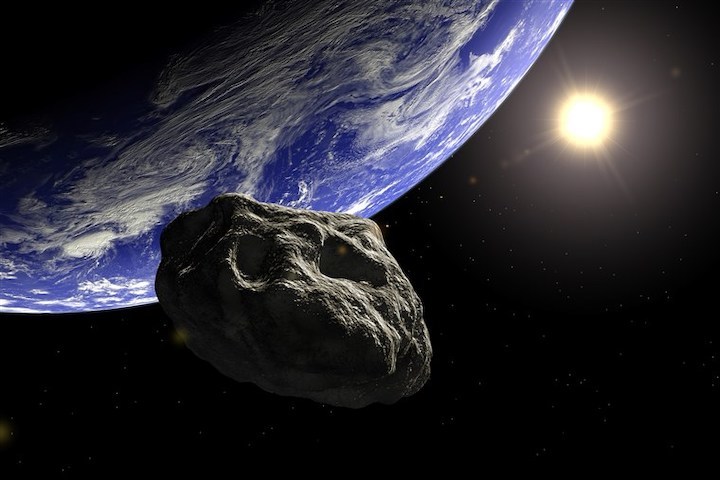 In a NASA simulation of a fictional scenario, New York City was hit with an asteroid packing 1,000 times the destruction of the nuclear bomb dropped on Hiroshima.

The exercise, which was part of the "National Near-Earth Object Preparedness Strategy and Action Plan" published by the White House, played out at the the 2019 Planetary Defense Conference in College Park, Maryland, last week. It was a worst-case scenario showing what would happen if a giant space rock crashed into Earth in 2027.

Paul Chodas, the NASA engineer who designed the exercise, told AFP the simulated asteroid and its terrifying outcome is "highly unlikely" but he wanted "the issues to be exposed and discussed."

In the scenario, an asteroid that originally had a 1 in 10 chance of hitting Earth becomes a threat. The 140-260 meter asteroid had a projected impact over Denver, Colorado. So, the simulation team launched spacecrafts to deflect it. But a fragment of the asteroid broke off and continued to hurl toward North America. The rock, then 60-meters in size (about 197 feet), was over Manhattan. An asteroid that size is big enough to devastate a city. At the end of the exercise, the only way to save New Yorkers was to evacuate New York City.

"This exercise is valuable in that it continues the work currently in progress to identify key questions and issues for this low probability but high consequence scenario," said Leviticus Lewis of the Response Operations Division for FEMA in a statement.

Asteroids are the only natural disasters that can be prevented, Rüdiger Jehn, the European Space Agency's Planetary Defense Office, noted. Meaning, there are technical ways to deflect them before they near Earth.

Lindley Johnson, NASA's planetary defense officer, said in a statement that "these exercises have really helped us in the planetary defense community to understand what our colleagues on the disaster management side need to know. This exercise will help us develop more effective communications with each other and with our governments."

Previous coverage: Are we ready for the end of the world? NASA conducts drill for potential asteroid strike

No known asteroid poses a significant risk of impact with Earth over the next 100 years, according to NASA.