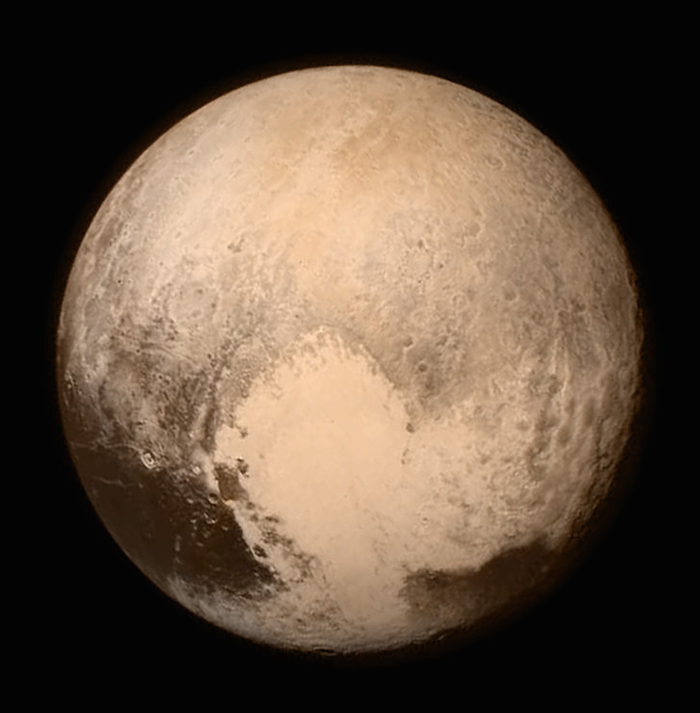 If you’re someone who is still upset about Pluto’s planetary demotion from more than a decade ago, then an upcoming debate about the definition of the word “planet” may be of interest to you.

One of Pluto’s biggest defenders, Alan Stern, will be debating Ron Ekers, who used to be the president of the International Astronomical Union — the global organization responsible for redefining the term “planet.” It was ultimately the IAU’s decision to designate Pluto and other small worlds like it as “dwarf planets,” a title distinct from the term “planet.” The change triggered a lot of angst and upheaval over the loss of Pluto’s planet status. Perhaps the biggest critic of the new definition has been Stern, the principal investigator on NASA’s New Horizons mission which sent a spacecraft to Pluto for the first time in July of 2015.

“THE PROCESS FOR REDEFINING PLANET WAS DEEPLY FLAWED.”

“The process for redefining planet was deeply flawed and widely criticized even by those who accepted the outcome,” Stern wrote in an op-ed in The Washington Post, along with New Horizons scientist David Grinspoon.

For those who need a refresher, the “planet” debate really got into full swing in 2005 when astronomers discovered another tiny world about the same size as Pluto at the fringes of the Solar System. Known today as Eris, the world was thought to be the 10th undiscovered planet at the time. But as astronomers started to discover more and more worlds like Pluto and Eris in the distant Solar System, experts started to wonder if a change to the planet definition was in order.

Then in 2006, the IAU held a conference in Prague to come up with an official definition for the word “planet.” The IAU is responsible for giving names to celestial bodies, so this kind of work fell within the organization’s purview. At the end of the conference, the IAU determined that an object must meet three criteria to be considered a planet: it has to orbit the Sun, it has to be rounded out by gravity, and it has to have cleared its orbital neighborhood.

That third criterion ultimately caused a lot of drama in the planetary science community. Essentially, it means that a planet’s orbit must be clear of most other objects, and Pluto’s orbit is filled with a lot of other small, icy bodies. (There’s more explanation in our video above.) That’s why it got reclassified as a dwarf planet, a decision that’s led to 13 years of loud public mourning over the fact that Pluto isn’t a planet anymore.

PLUTO EVANGELISTS HAVE REFUSED TO ACCEPT THE DEFINITION

Pluto evangelists have refused to accept the definition and have been calling for a reversal ever since. And now, Stern will get the chance to debate one of the people considered responsible for changing the status of the world he’s spent nearly a decade trying to explore. So it should make for an interesting evening.

The debate will take place at the Powell Auditorium at the Cosmos Club in Washington, DC. Things get underway at 8PM ET on Monday, April 29th, and the entire event will be live-streamed for those who cannot attend in person. If you really want some lively discussion about orbital mechanics, gravity, and distant space rocks, this is the night for you.

Astronomie - Watch a debate over whether Pluto should get its planet status back. Should we change the definition of ‘planet’ — again?
1941 Views
Created with page4