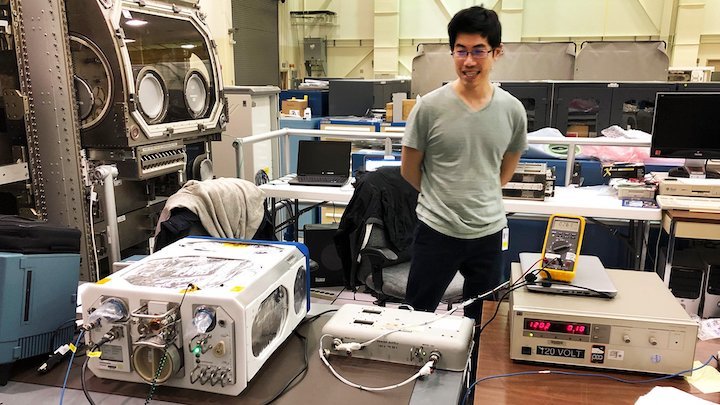 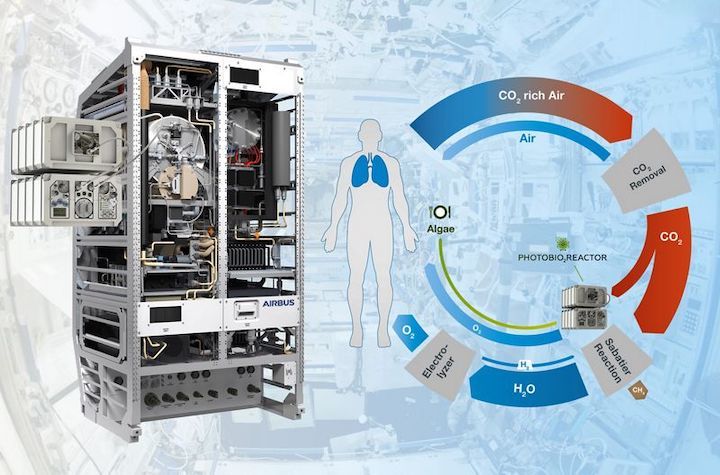 Friedrichshafen, 25 April 2019 – Airbus is bringing another experimental system to the International Space Station (ISS) in the form of the photobioreactor (PBR). The PBR, developed by the University of Stuttgart and built by Airbus on behalf of the German Aerospace Center (Deutsches Zentrum für Luft- und Raumfahrt; DLR), is designed to convert part of the CO2extracted by the ‘LSR’ Life Support Rack on board the ISS into oxygen and biomass, which could help to save valuable resources during future long-term missions into space.

Future human research missions are expected to take astronauts to the Moon and Mars. A deciding factor for the success of these missions will be keeping the resources carried to a minimum. As it is both difficult and expensive to send new supplies from Earth, the greatest possible closure of the respective resource cycles for water, oxygen and food is of vital importance. Most waste water is already reprocessed into fresh water on the ISS.

The Life Support Rack (LSR) of the European Space Agency (ESA) has been on the ISS since October 2018. The rack, which was built by Airbus and was formerly known as the ACLS (Advanced Closed Loop System), collects the carbon dioxide (CO2) exhaled by the astronauts and uses a Sabatier process to convert this back into oxygen by means of electrolysis. The ISS experiment ‘PBR@LSR’ is a technology demonstration designed to convert CO2 into oxygen and biomass. To achieve this, the PBR will be connected to the LSR physicochemical system (hybrid approach) and operated for up to 180 days, during which time the stability and performance of the system and the algae culture will be recorded and evaluated.

The Chlorella vulgaris microalgae was selected as the photosynthesiser, which is already being used as a food (supplement), as it is very rich in protein. In future, some 30% of the astronauts’ food could be replaced by this algal biomass.

The CO2 required is, for the most part, to be supplied by the LSR. In the event that no CO2 is available, the algae can also be supplied with the CO2 it needs from a bottle carried on board. The algae is fed with a nutrient solution every 14 days, while at the same time being thinned out to allow new algae space to grow. Once the experiment is complete, the performance and life cycles of the culture will be evaluated, with several samples sent back to Earth for genetic analysis.

The hybrid approach, as used in ‘PBR@LSR’, will not only be of benefit on long-term missions in space; it will also allow resources to be saved in a more general sense, thereby also boosting sustainable business practices on Earth.

The next development stage of technological importance would be processing the harvested biomass to produce food. Chlorella vulgaris is already in use as a source of protein in a wide range of food. In contrast to ground-based processing, suitable, highly efficient processing methods that are lightweight and require only limited space and energy are yet to be developed for space flight.

Raumfahrt - Photobioreactor: oxygen and a source of nutrition for astronauts
1842 Views
Created with page4