Instrument will monitor the movement of carbon dioxide in parts of the planet that free-floating satellites have difficulty tracking. 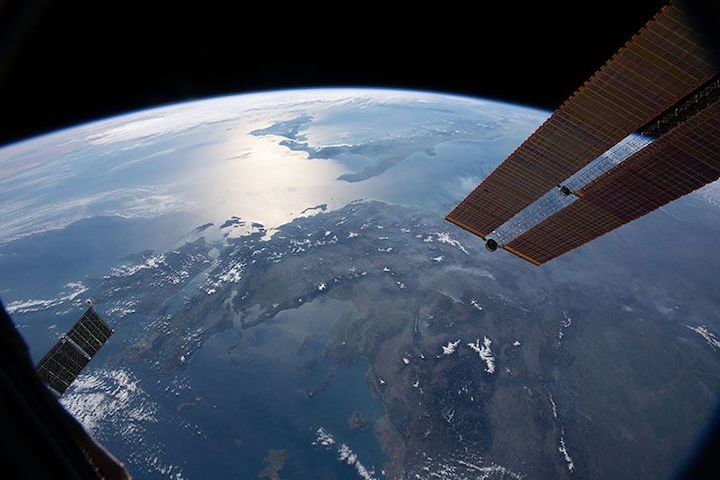 Atmospheric scientists are about to get the most detailed observations yet of the places on Earth that emit or store carbon. If all goes well, NASA will launch its latest carbon-monitoring instrument to the International Space Station (ISS) on 30 April.

The US$110-million Orbiting Carbon Observatory-3 (OCO-3) will be attached to the outside of the station. The probe will monitor areas of the planet that aren’t easily surveyed by carbon-measuring satellites1, collecting high-resolution data from larger regions than its predecessors. Researchers hope that the data from the three-year OCO-3 mission will increase their understanding of Earth’s carbon cycle, hone climate-change predictions and improve carbon dioxide measurements.

The upcoming launch is generating a lot of nerves and excitement, says OCO-3 project scientist Annmarie Eldering, an environmental engineer at NASA’s Jet Propulsion Laboratory (JPL) in Pasadena, California. A carbon-monitoring satellite that NASA launched in 2009 crashed into the ocean near Antarctica before reaching orbit. The agency launched a replacement, the polar-orbiting OCO-2 satellite, in 2014.

OCO-2, together with carbon-sniffing satellites from Japan and China, has since provided an unprecedented amount of data on Earth’s carbon sources and sinks, says Lori Garver, a space-policy analyst at Earthrise Alliance in Washington DC, which funds climate-change projects.

The data from current carbon-observing missions are valuable, says Eldering, but they aren’t enough to accurately reconstruct all the ways in which carbon moves around the planet. Previous research has shown that, on average, 50% of the carbon emitted by people stays in the atmosphere2. The world’s oceans and plants store the rest, but far less is known about the exact location of these carbon ‘sinks’ and how climate change affects their ability to store carbon.

Observations from OCO-2 and OCO-3 will help researchers trace that CO2, says Gretchen Keppel-Aleks, a climate scientist at the University of Michigan in Ann Arbor. “That will allow us to refine the climate models so that we can better predict whether ecosystems and oceans will continue to take up half of our CO2 problem 50 years from now.”

The key to OCO-3’s detailed observations is the instrument’s flexibility. The probe will measure the intensity of the sunlight reflecting off Earth to gauge how much CO2 is in the atmosphere near the surface. But scientists will be able to quickly direct OCO-3’s sensors at any location in its field of view using an assembly of mirrors. Aiming OCO-2 at a particular point on the planet requires turning the entire spacecraft.

OCO-3's field of view also covers up to 6,400 square kilometres — an area 16 times larger than that of OCO-2 . “That’s very exciting,” says ecologist Nicholas Parazoo at JPL, because researchers haven't been able to look at such large areas at once in high resolution before.

Preparing for the future

NASA's latest carbon probe will monitor parts of the planet at different times of the day than many other Earth-observing satellites. This will give researchers data on important carbon storage areas — such as the Amazon and the Congo Basin — that are usually obscured by clouds when satellites including OCO-2 fly over, says Keppel-Aleks.

OCO-3 will also measure how much carbon plants are using, which, when combined with its greenhouse-gas data, will help scientists to monitor regions that store a lot of carbon much more closely than before, says Parazoo.

Those “data can be used to really have people both understand what’s coming”, says Garver, “and react to it”.