Navy Research Lab's LARADO (Laser-sheet Anomaly Resolution and Debris Observation) project conjures images of a Wild West cattle drive, and in a way that is apropos as space scientists have long been attempting to wrangle better estimates of the population of on-orbit debris. 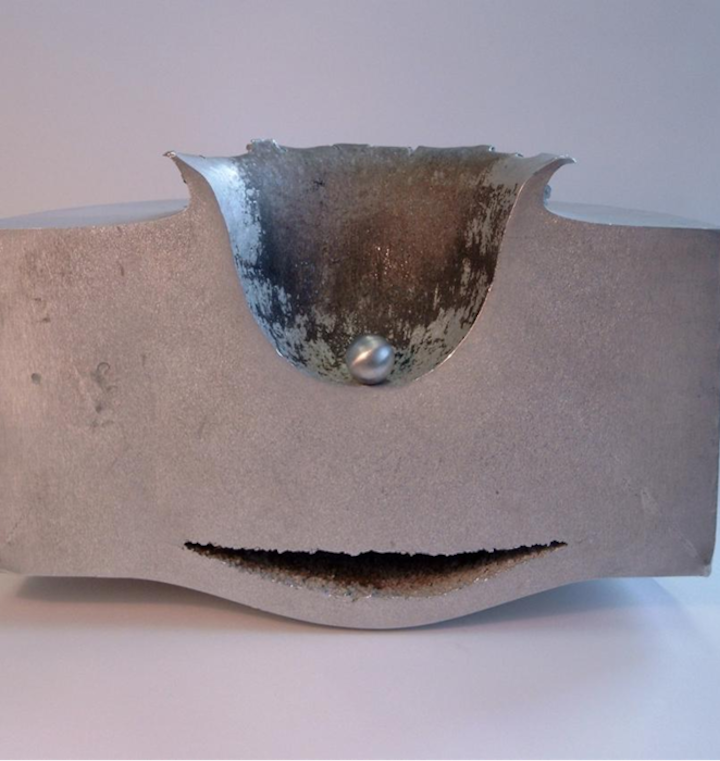 WASHINGTON: Using a space-based laser to generate a “sheet” of light and a satellite mounted camera, scientists at the Navy Research Laboratory (NRL) hope to soon demonstrate a unique sensor to detect tiny pieces of debris to diagnose satellite malfunctions and improve space situational awareness (SSA).

The LARADO (Laser-sheet Anomaly Resolution and Debris Observation) project conjures images of a Wild West cattle drive (it’s a very old TV western series, for those of you younger than Theresa), and in a way that is apropos as space scientists have long tried to wrangle better estimates of the population of on-orbit debris. Space scientists estimate that there are about 500,000 pieces of debris between 1cm and 10cm in diameter orbiting the Earth that can seriously damage or even destroy spacecraft and the International Space Station, and another 100 million that are smaller yet but can still be dangerous depending on what they hit where. Indeed, a fleck of paint caused a quarter-inch chip in the windshield of the Challenger Space Shuttle in 1983.

However, the US Space Surveillance Network of optical and radar sensors can only reliably detect and track debris pieces 10cm and bigger in Low Earth Orbit (LEO). The Air Force’s new Space Fence radar system will be able to do so for pieces down to about 1cm. By contrast, early tests of LARADO show it can see debris between “a couple of centimeters to a couple hundredths of a  millimeter,” says project leader Andrew Nicholas. 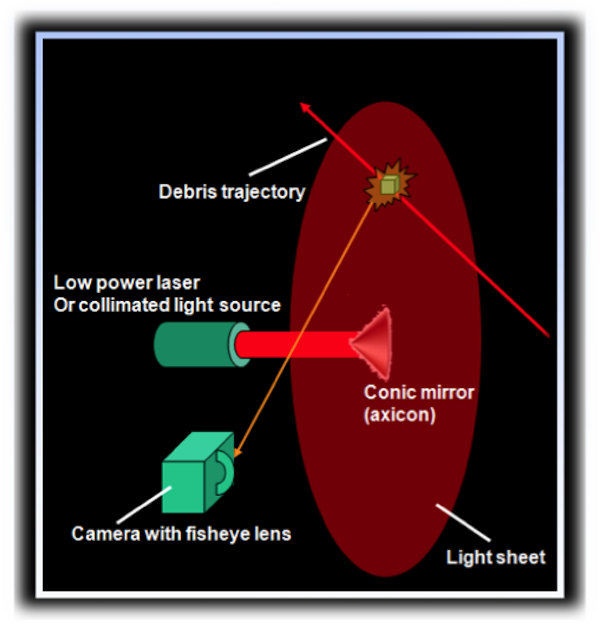 In an interview with me today, Nicholas explained that LARADO is quite simple. It uses a small laser (the current demo program is based on a 15 watt laser the size of a “couple of decks of cards” and weighing less than a kilogram) to shine light through a small pyramid-shaped lens to create a “sheet” of light in front of a spacecraft. As debris passes through the light, it gives off photons in a kind of a spark that are captured by an onboard, fish-eye camera.

Thus, the satellite operator would be able to tell if a malfunction was probably caused by debris — and not, for instance, by an adversary taking a pot shot — by correlating the time of a debris detection with the fault making itself known. An NRL fact sheet explains the project could deliver: “Improved decision-maker, planner, and operator near-real-time ability to determine cause of space-based service interruptions: known, natural, adversarial component failure.”

The great thing about LARADO, Nicholas enthuses, is that as you increase the size of the laser, you improve both the resolution and the “swath” (field of view) — so it is scalable depending on the spacecraft carrying it. He notes, however, that the limiting factor will be the mass of the laser’s power source — always an issue for space-based lasers. The goal of the demonstration, he says, is to get the power supply down to “a few kilograms,” but “we’re not there yet.”

NRL is also exploring with NASA’s Orbital Debris Office the possible use of LARADO to do a survey of a small area of LEO to characterize the population density of teeny-tiny debris (i.e., how much debris in what volume of space?) The idea would be either to look at a three-meter volume of space for one year, or a one meter volume for three years. The data gathered, Nicholas said, could be improve the debris population density estimates currently used in NASA’s Orbital Debris Environmental Model by as much as 50 percent.

The LARADO project, which is under the auspices of NRL’s Geospace Science and Technology (GST) Branch, is about halfway through its three-year lab demo, with hopes of having something a space-worthy version ready in about two years time. LARADO is a so-called 6.2 RTD&E applied research program, with a  budget of about $1.5 million, Nicholas said. Nicholas and Chris Englert, head of the GST Branch, patented the instrument in 2015, however, and are now hoping to find a partner to fund test flights. Nicholas says that besides NASA, they’ve been in touch with the Air Force’s Space and Missile System Center (SMC) and Air Force Research Lab in hopes of finding some $5 million to $6 million to fit LARADO to one or more satellites and conduct on-orbit tests.