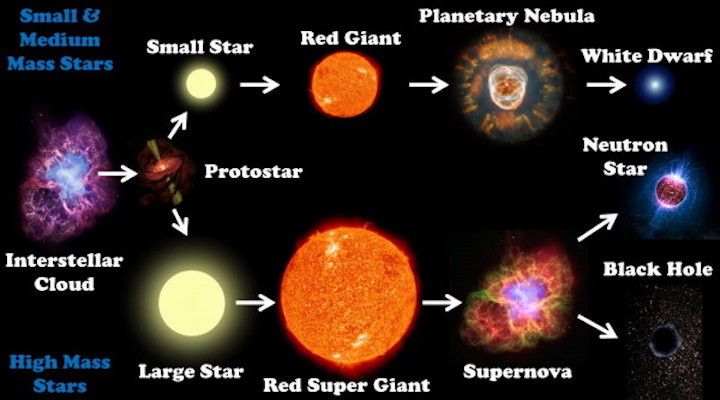 On April 11th, 2019, an international team led by Professor XUE Yongquan from University of Science and Technology (USTC) announced their observation of a unique X-ray signal from a 6.6 billion light years away survey, which is highly likely powered by a magnetar, as the aftermath of a binary neutron star merger. This discovery was published on Nature.

Neutron star is one of the most miraculous objects in the universe, yet our grasp of the physics of neutron stars is still fuzzy. For years, astronomers had been wondering about what is the ending of a binary neutron star merger system. Many advocate for becoming a black hole, while some believe a magnetar will be formed.

The answer is finally revealed by the universe herself. The X-ray transient captured by the group, lasting for 7 hours, gave researchers the evidence about the formation of magnetar. Duration is the key--if the transient is powered by a resulting black hole instead, it could shine for only seconds.

“The discovery of this new X-ray transient is highly intriguing. Particularly exciting, due to the discovery being made by Chandra with its excellent spatial resolution, is the ability to identify the host galaxy,” one reviewer of this paper said.

This discovery has profound implications for the equation of state of the extremely dense nuclear matter. It helps ruling out a series of theoretical nuclear matter models which are inconsistent with the observations, thus providing new insights into the physics of neutron stars.

Quelle: University of Science and Technology of China