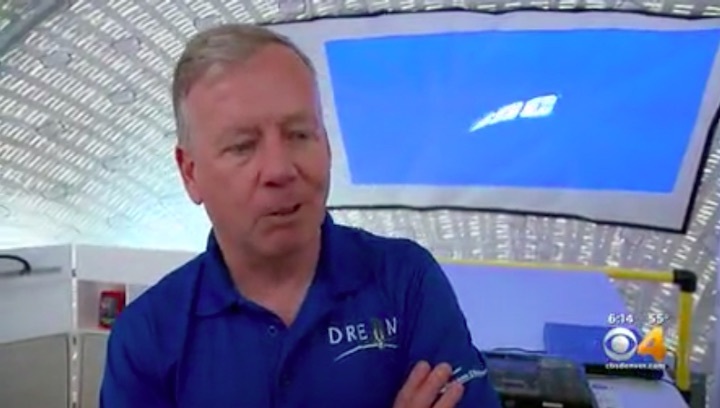 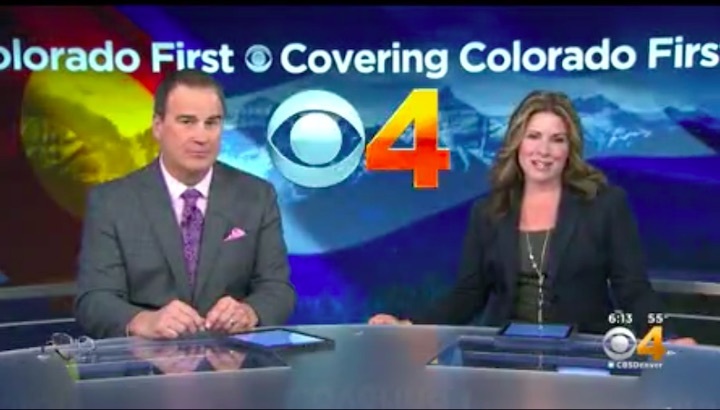 LOUISVILLE, Colo. (CBS4) – NASA is preparing to begin the next era of space exploration. The goal is to establish a permanent human presence on the moon within the next decade.

Sierra Nevada Corporation (SNC) in Louisville built two prototypes for NASA’s lunar outpost, the Gateway. According to NASA, the spaceship will serve as a temporary home and office for astronauts.

“All the technologies that are happening with this explosion in space is making all these things possible that weren’t 10 years ago,” said Steve Lindsey, Vice President of SNC Space Exploration Systems.

During Lindsey’s time at NASA, he completed five space flights and logged more than 1,510 hours in space. Now he’s back on earth, helping others explore space by putting his passion in the prototype.

“I would love to go fly it, but I think if I flew again my family would kill me,” laughed Lindsey.

Sierra Nevada Corporation is one of five companies selected to make prototypes for different parts of NASA’s Lunar Gateway architecture.

SNC built two prototypes for the Gateway architecture. The Power and Propulsion Element (PPE) provides all the power, cooling and communications to the Gateway. Attached to the PPE is their second prototype – the large inflatable fabric environment or LIFE.

The inflatable space habitat can accommodate four astronauts for 30 days. They can exercise, sleep, conduct experiments and grow food inside the living quarters. It’s 27 feet in diameter, but it’s the only habitat that inflates, making it lightweight and compact enough to go up in any rocket.

“The idea that you can launch on a conventional rocket and get this kind of space is a big deal to me,” said Lindsey, “I’m really excited that NASA’s taking this step on exploration.”

Astronauts at Johnson Space Center will test different parts of SNC’s prototypes for functionality, and compare them to the prototypes other companies made. If SNC’s is selected, NASA will begin work on a final version.

According to NASA’s website, astronauts will travel to the Gateway with new parts until it is fully assembled. The target competition year is currently 2026. 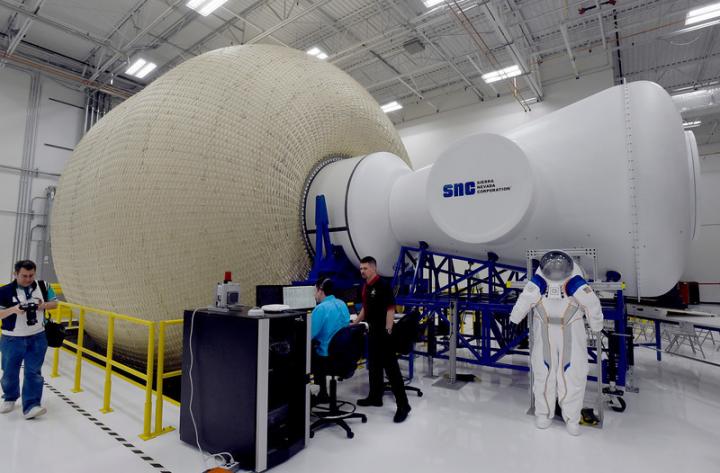 One week after Vice President Mike Pence declared America's intent to put humans back on the moon by 2024, aerospace and defense contractor Sierra Nevada Corp. of Louisville unveiled what could be key components in that goal being attained.

On display for media scrutiny Tuesday at its Taylor Avenue complex was Sierra Nevada's mockup of its Large Inflatable Fabric Environment, designed for long-duration human activity in lunar orbit, as well as its Power and Propulsion Element. Both are key components for NASA's planned moon-orbiting Gateway architecture, seen as critical both to returning people to the moon, but also developing capabilities for human exploration of Mars and beyond.

"The way NASA is going to do the procurement for Gateway, they're not going to buy the entire Gateway from one company," said John Roth, vice president of business development for Sierra Nevada Space Systems.

Steve Lindsey, a former NASA space shuttle astronaut and now vice president for Sierra Nevada's Space Exploration Systems, touted the inflation feature of the habitat prototype as one of its defining features.

"One of the design criteria I gave to my team was, I want this Gateway such that NASA can either launch it on their rocket, on the Space Launch System rocket, or they can launch it on any conventional rocket," Lindsey said.

The inflatable feature means it can fit within a standard 5.2-meter rocket fairing at launch, then swell to its full size of 27 feet in diameter and 27 feet in length when it reaches orbit.

The Gateway vehicle is designed to support a 1,100-day mission orbiting the moon. It also can support deep space missions. The Gateway can accommodate up to four astronauts at a time, who would typically be on board for missions of 30 to 90 days per year.

Guests at the Sierra Nevada facility on Tuesday were afforded the opportunity to tour the inside of the fully inflated habitat prototype. They inspected features ranging from its Vectran-weave exterior to the sleep and hygiene quarters, medical and sick bay, waste collection system — that's toilet, to the Earth-bound — robotics work stations, exercise space and the Astro Garden, capable of producing a head of lettuce (for example) in 24 days.

"Having something that's green, and something that's alive, is psychologically great for them because otherwise, everything is really sterile up there," said Kimberly Schwandt, Sierra Nevada's senior corporate communications manager.

One of those surveying the lunar travel prototypes on Tuesday was Boulder-area space writer Leonard David, whose latest book, "Moon Rush — The New Space Race" is to be published in May by National Geographic.

He applauds NASA's attempt to get back into manned space exploration, but noted the vulnerability of its prospects to the shifting sands of political sentiment at a time when America is so politically divided.

"The administration changes (over time) have been deadly to the space program in some of the larger initiatives," David said. "All of this stuff may collapse."

However, he added, "If NASA doesn't do it, other countries are going to step in — particularly China."