Scientists at a conference in Houston presented the concept for a flyby mission to study a mysterious moon that may contain an ocean. 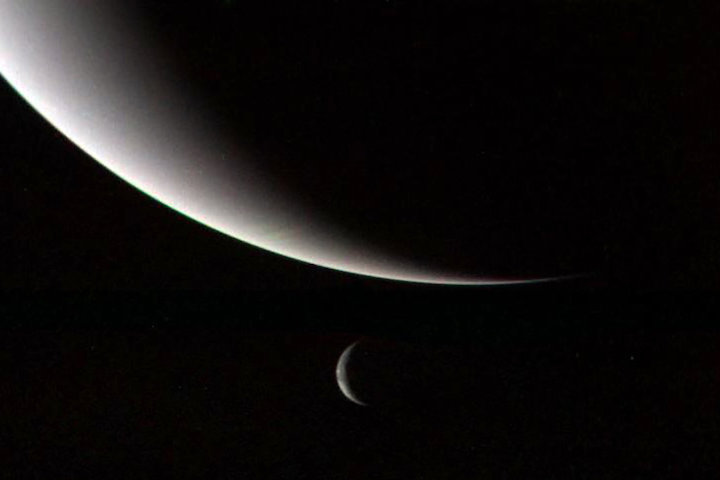 HOUSTON — Is it time to go back to Neptune?

Scientists representing NASA’s Jet Propulsion Laboratory proposed a spacecraft and mission on Tuesday at the Lunar and Planetary Science Conference in Texas that would explore Triton, Neptune’s largest moon.

The unusual satellite is believed to be an object — similar in many ways to Pluto — from the solar system’s icy Kuiper belt that was captured billions of years ago by the giant planet’s gravity. And Triton is thought to harbor an ocean, hinting at the possibility that a worldquite distant from the sun may contain the ingredients for life.

Unlike multibillion dollar proposals for spacecraft that the agency has usually sent to the outer solar system, this spacecraft, named Trident, aims to be far less expensive, the mission’s scientists and engineers said, or the price of a small mission to the moon.

Visits to the outer solar system are usually conducted as NASA flagship missions that cost billions of dollars, like the recently concluded Cassini mission to Saturn or the Europa Clipper spacecraft set for launch in the 2020s.

While these projects have produced significant achievements, smaller, less pricey missions also might advance planetary science. On Mars, for instance, no single spacecraft did everything, but in aggregate and over time, the robots sent there revealed the planet’s watery past and set the stage for future astronauts.

That’s why the scientists behind Trident proposal, which will be formally presented to NASA later this month, are seeking support under the agency’s highly competitive Discovery program, for missions that are supposed to cost less than $500 million.

NASA aims to launch these missions every two years. The most recent Discovery program was the InSight lander, which reached Mars in November. The next is expected to be the Lucy mission, which will explore asteroids that share Jupiter’s orbit around the sun.

Trident will be up against proposals for more extensive surveys of the moon, a visit to Jupiter’s moon Io and a return to Venus. Trident proponents hope that the possibility of exploring the solar system’s most distant known planet without spending billions of dollars usually required for such a mission will persuade the agency to support it. 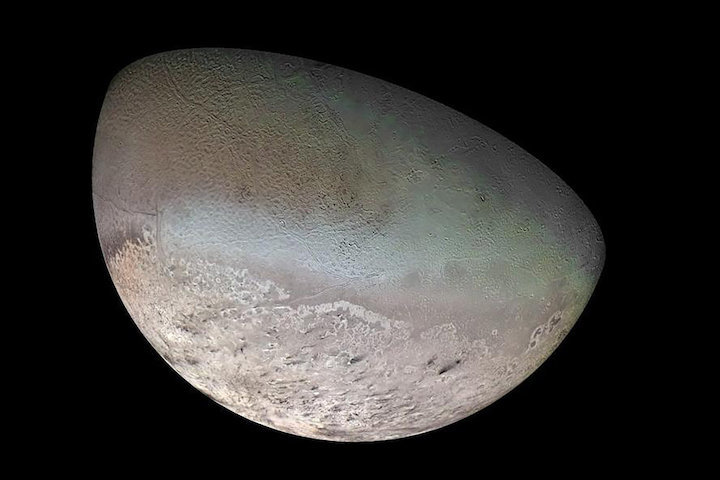 A color mosaic of Triton made by Voyager 2.CreditNASA/JPL/USGS

Neptune and its moons were last visited in 1989 during a brief flyby of the Voyager 2 spacecraft, which took Earth’s first and only close images of the solar system’s eighth planet.

Voyager 2 also recorded data showing possible plumes of water being blasted from Triton’s interior. Since that time, many planetary scientists have wanted to return to Triton. It was recently declared a top priority for exploration in NASA’s Roadmap for Ocean Worlds.

“Triton shows tantalizing hints at being active and having an ocean,” said Dr. Amanda Hendrix of the Planetary Science Institute in Tucson, Ariz., who was a leader of the Roadmap study. “It is a three-for-one target, because you can visit the Neptune system, visit this interesting ocean world, and also visit a Kuiper belt object without having to go all the way out there.”

Studying such places, she said, could bring new insights into how ocean worlds originate, how they vary and how they maintain liquid water. For instance, water in Triton’s ocean could be much colder than the usual freezing point, but the presence of ammonia could preserve it in a liquid state. Such clues will help in the search for life beyond Earth.

Neptune is thirty times farther from the sun than Earth. Over the last couple of decades, the notion of where life could arise in the solar system has greatly expanded.

Scientists once thought the habitable zone ended at Mars, because places farther out would not be warmed enough by the sun. But then an ocean was discovered beneath Europa, one of Jupiter’s big moons, and then farther out, another beneath Saturn’s Enceladus, a moon of Saturn.

If Trident confirms an ocean exists on Triton, it would mean that an even broader expanse of the solar system may be capable of sustaining life.

To get to Triton, the spacecraft would fly in a fast, straight trajectory after an orbital assist from Jupiter, similar to the flyby that was used by the New Horizons spacecraft to visit Pluto in 2015. It would rely on a payload of scientific instruments to conduct ocean detection and atmospheric and ionospheric science. The spacecraft would photograph the entirety of Triton, which is the largest object in the solar system that has not yet been fully imaged.

“We are comparing with the Voyager encounter in 1989, which was built on early 1970s technology, essentially a television camera attached to a fax machine,” said Karl Mitchell, the proposed mission’s project scientist, of the Voyager imager. “It was remarkable for its day, but it doesn’t have anything like the efficiency of a modern digital imaging system.”

Timing is also critical because of the moon’s changing seasons as Neptune makes its orbit around the sun.

“In order to view the plumes that Voyager saw in 1989, we have to encounter Triton before 2040,” said Dr. Mitchell. Otherwise, because of the positions of the objects in their orbits, Triton will not be illuminated again for over eighty years.