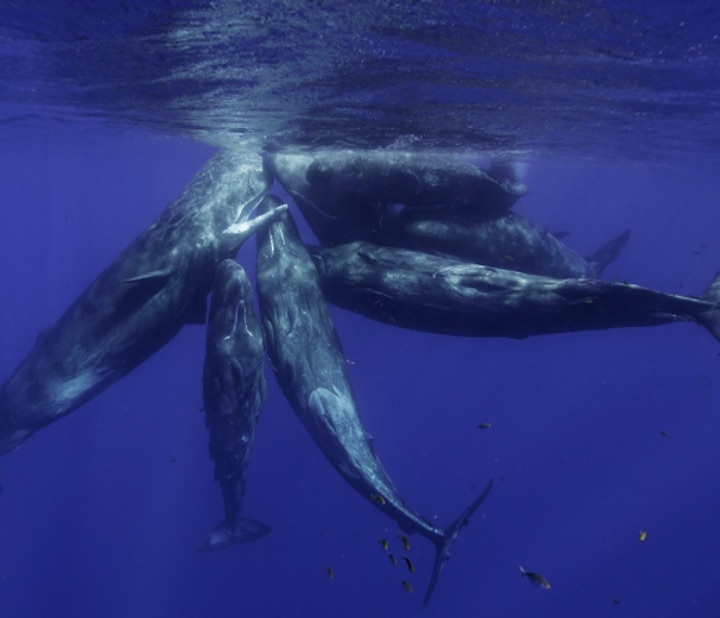 When astrophysicist Laurance Doyle was six, his father presented him with a map of the solar system and said, “The stars are other people’s suns.” The line sparked Doyle’s interest in space, and he’s been studying outer worlds ever since.

In the past, Doyle has worked on discovering exoplanets with NASA’s Kepler mission. Today, he’s leading a project that could be equally groundbreaking: building a framework for understanding alien languages.

Since 1987, Doyle has worked at the Search for Extraterrestrial Intelligence (SETI) Institute, where he is a principal investigator on an assignment to imagine how another intelligent civilization might communicate. Of course, there are no known alien languages available to study today — if they even exist in the first place — so Doyle is using intelligent animal languages as a guidepost.

To do this, Doyle and his colleagues have collected a range of sounds made by dolphins and humpback whales. They currently have 180,000 dolphin whistles that they use to analyze the sea creatures’ syntax, the same way a linguist would for human sounds.

Unlike other intelligent animals, like monkeys, Doyle says, “humpback whales and bottlenose dolphins depend upon signals that are acoustic,” whereas other creatures can also rely on body language cues. “Therefore, we can obtain and classify the different units of their signaling systems and [be] sure that we’re getting all of them, because humpback whales generally don’t gesture or smile.”

Humpback whales happen to be one of the most socially complex animals on earth. “[They] form long-lasting relationships based on profession, just like humans,” Doyle says. “They’re the only other species known to do that.”

To break the code of aquatic animal communication, Doyle and his team use what are called intelligence filters, which help measure a language’s complexity. The filter they rely on most often is called Zipf’s law.

Doyle says the complexities of long-distance communication in the ocean also applies to space.

Named after 20th-century linguist George Kingsley Zipf, the law is a mathematical pattern that all human languages share. To discover this pattern, Zipf had his students count the letters in James Joyce’s Ulysses. The most commonly used letter was E, followed by T, and then A, and so on. They did the same for more books in different languages.

Zipf’s law says that the most frequent letters and words in a language occur exponentially more often than a language’s least common letters and words. Plotted out on a graph, all human languages look the same for this reason. The communication of bottlenose dolphins and humpback whales meet or come close to this pattern as well. Even human infants and dolphin babies share communication patterns, Doyle has found.

“We could mathematically show that dolphins babble when they’re born and have to learn their language just like humans,” Doyle says.

How might these learnings translate into understanding an extraterrestrial language?

Should such a language become available for study, Doyle says the team “would analyze the entropic structure and see how complex [the language] is. This may be a direct measure of their societal complexity.” Doyle also wants to understand how communication might happen over time and space, another spot where sea creature communication comes in handy.

“Humpback whales send messages to each other across long distances,” Doyle explains. “They wait, maybe for hours, for a reply.”

Water is a great conductor of sound, and humpback whales can call out to each other as loudly as 190 decibels—on par with a jet engine. The complexities of long-distance communication in the ocean also applies to space, Doyle says. When NASA sends commands to spacecrafts in deep space, the agency deals with one-way light-time communication. NASA sends a command and has to wait for the response.

Blue whales specifically used to have regular communication between the North and South poles, but when oil supertankers became more prevalent at sea, these communications became less frequent. Scientists believe it is because blue whales sent these signals at five hertz, which is the same frequency of sound that supertankers put out, so communication was disrupted. The whales are still able to communicate, but not as effectively.

“Say a blue whale wants to meet another blue whale, and one’s starting from the South Pole–ish, around Antarctica, and the other’s starting from the Bering Sea, near the North Pole,” Doyle explains. “It’s going to take them several weeks to a month to even meet. We wonder: How do they handle a communication system? How do they communicate one way?”

By attempting to answer these questions, Doyle and his team hope to increase their ability to both identify an incoming message from another civilization and understand it. For now, they will continue to study the complex conversations that happen at sea, while the sounds of the cosmos remain a mystery.