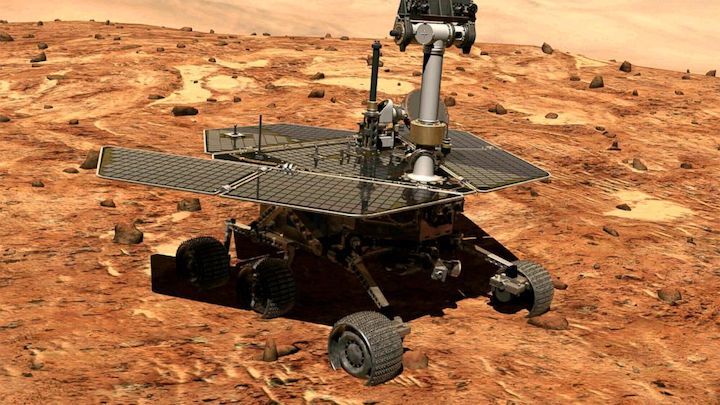 This illustration made available by NASA shows the rover Opportunity on the surface of Mars. The exploratory vehicle landed on Jan. 24, 2004, and logged more than 28 miles (45 kilometers) before falling silent during a global dust storm June 2018. There was so much dust in the Martian atmosphere that sunlight could not reach Opportunity’s solar panels for power generation.

NASA's Opportunity rover is silently marking the 15th anniversary of its touchdown on Mars.

The spacecraft hasn't been heard from since a global dust storm last June. The six wheeler — about the size of a golf cart — logged more than 28 miles (45 kilometers) on the red planet before falling silent. There was so much dust in the Martian atmosphere that sunlight could not reach Opportunity's solar panels to generate power.md

Flight controllers are still sending commands to the rover in hopes of a response. But project manager John Callas says the longer the blackout lasts, the less likely contact will be made. He calls Thursday's anniversary bittersweet.

Opportunity landed on Mars on Jan. 24, 2004. It already had long outlived its design lifetime before contact was lost. 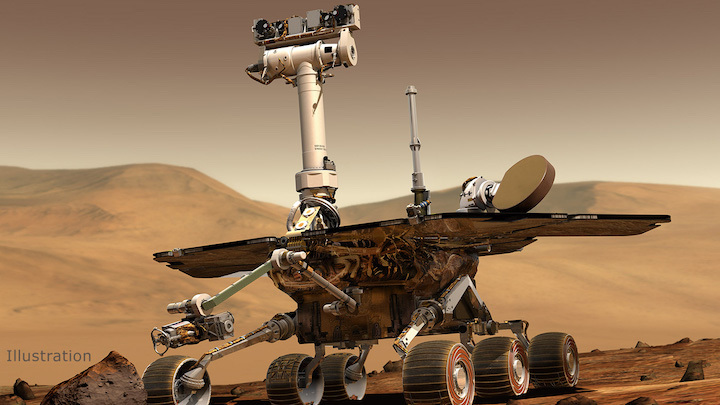 "Fifteen years on the surface of Mars is testament not only to a magnificent machine of exploration but the dedicated and talented team behind it that has allowed us to expand our discovery space of the Red Planet," said John Callas, project manager for Opportunity at NASA's Jet Propulsion Laboratory in Pasadena, California. "However, this anniversary cannot help but be a little bittersweet as at present we don't know the rover's status. We are doing everything in our power to communicate with Opportunity, but as time goes on, the probability of a successful contact with the rover continues to diminish."

Opportunity's last communication with Earth was received June 10, 2018, as a planet-wide dust storm blanketed the solar-powered rover's location on the western rim of Perseverance Valley, eventually blocking out so much sunlight that the rover could no longer charge its batteries. Although the storm eventually abated and the skies over Perseverance cleared, the rover has not communicated with Earth since then. However, Opportunity's mission continues, in a phase where mission engineers at JPL are sending commands to as well as listening for signals from the rover. If engineers hear from the rover, they could attempt a recovery.

Opportunity and its twin rover, Spirit, launched from Cape Canaveral, Florida, in 2003. Spirit landed on Mars in 2004, and its mission ended in 2011. 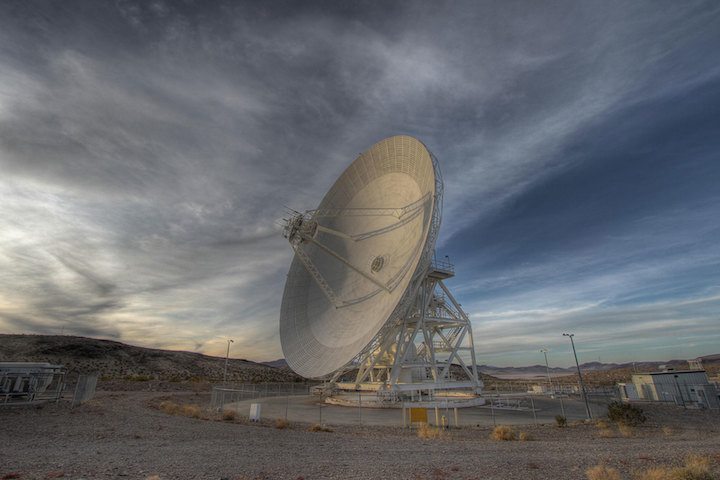 Engineers at NASA's Jet Propulsion Laboratory in Pasadena, California, have begun transmitting a new set of commands to the Opportunity rover in an attempt to compel the 15-year-old Martian explorer to contact Earth. The new commands, which will be beamed to the rover during the next several weeks, address low-likelihood events that could have occurred aboard Opportunity, preventing it from transmitting.

The rover's last communication with Earth was received June 10, 2018, as a planet-wide dust storm blanketed the solar-powered rover's location on Mars.

"We have and will continue to use multiple techniques in our attempts to contact the rover," said John Callas, project manager for Opportunity at JPL. "These new command strategies are in addition to the 'sweep and beep' commands we have been transmitting up to the rover since September." With "sweep and beep," instead of just listening for Opportunity, the project sends commands to the rover to respond back with a beep.

The new transmission strategies are expected to go on for several weeks. They address three possible scenarios: that the rover's primary X-band radio — which Opportunity uses to communicate with Earth — has failed; that both its primary and secondary X-band radios have failed; or that the rover's internal clock, which provides a timeframe for its computer brain, is offset. A series of unlikely events would need to have transpired for any one of these faults to occur. The potential remedies being beamed up to address these unlikely events include a command for the rover to switch to its backup X-band radio and commands directed to reset the clock and respond via UHF.

"Over the past seven months we have attempted to contact Opportunity over 600 times," said Callas. "While we have not heard back from the rover and the probability that we ever will is decreasing each day, we plan to continue to pursue every logical solution that could put us back in touch."

Time is of the essence for the Opportunity team. The "dust-clearing season" — the time of year on Mars when increased winds could clear the rover's solar panels of dust that might be preventing it from charging its batteries — is drawing to a close. Meanwhile, Mars is heading into southern winter, which brings with it extremely low temperatures that are likely to cause irreparable harm to an unpowered rover's batteries, internal wiring and/or computer systems.

If either these additional transmission strategies or "sweep and beep" generates a response from the rover, engineers could attempt a recovery. If Opportunity does not respond, the project team would again consult with the Mars Program Office at JPL and NASA Headquarters to determine the path forward.