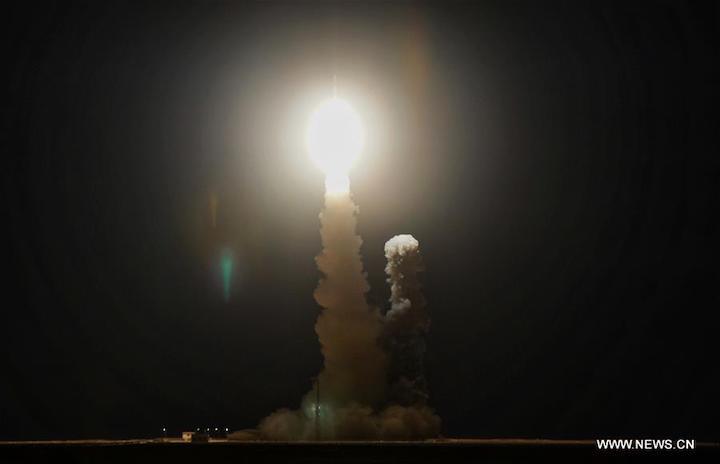 A Long March-11 rocket carrying a tech-experimental satellite as part of the Hongyun Project, a low-orbit broadband communication satellite system, blasts off from the Jiuquan Satellite Launch Center in northwest China at 7:51 a.m. on Dec. 22, 2018. The satellite successfully entered its preset orbit. The successful launch signifies the substantial progress of China in mapping the low-orbit broadband communication satellite system. (Xinhua/Li Jin)

A Long March-11 rocket carrying the experimental satellite blasted off from the Jiuquan Satellite Launch Center in northwest China at 7：51 a.m.. It successfully entered its preset orbit.

It was also the first satellite of the Hongyun Project. The successful launch signifies the substantial progress of China in mapping the low-orbit broadband communication satellite system, said developer China Aerospace Science and Industry Corporation (CASIC). 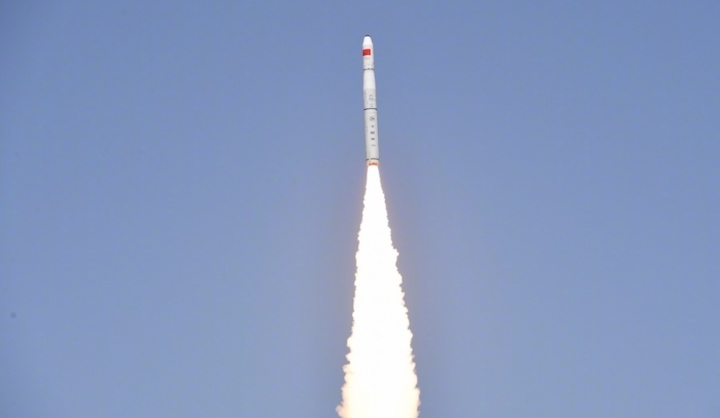 Onboard the LM-11 rocket was the first Hongyun satellite.

Developed by the China Aerospace Science and Industry Corporation (CASIC), this is the fist satellite of a vast space-based communications network capable of covering every corner on the Earth, including the Arctic and Antarctica. The satellite mission is to verify low-orbit broadband communication technologies to be used on the Hongyun satellite constellation.

Announced by CASIC in September 2016, the Hongyun project has the goal of building a space-based communications network of 156 communications satellites into low Earth orbit, at an altitude of 160 to 2,000 km. Each satellite of the network will be able to transmit 500 megabytes of data per second. It will become operational in 2022. 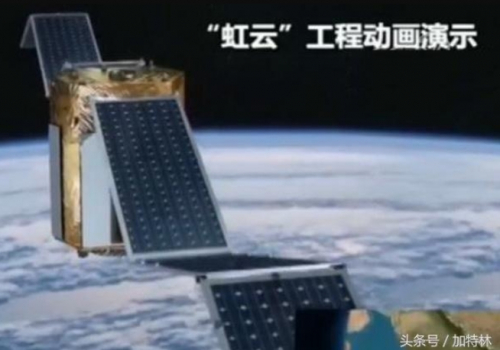 Currently the only render of the satellite – via Chinese social media

When the Hongyun project is complete, it will cover the whole world and offer round-the-clock communication services to users in polar regions, who now have difficulties accessing telecommunication and internet services, even from on board an aircraft or a ship or in a remote area.

The satellites are developed and constructed at the CASIC Second Academy’s Wuhan National Space Industry Base, in Hubei province.

LM-11 is a four stage solid-fueled launch vehicle equipped with a reaction control system on the fourth stage.

Jiuquan was originally used to launch scientific and recoverable satellites into medium or low earth orbits at high inclinations. It is also the place from where all the Chinese manned missions are launched.

Area 43 is the overall designation for the South Launch Area that is equipped with two launch pads: 91 and 94 (sometimes also designated 603).

Other launch zones at the launch site are used for launching the Kuaizhou and the CZ-11 Chang Zheng-11 solid propellant launch vehicles. 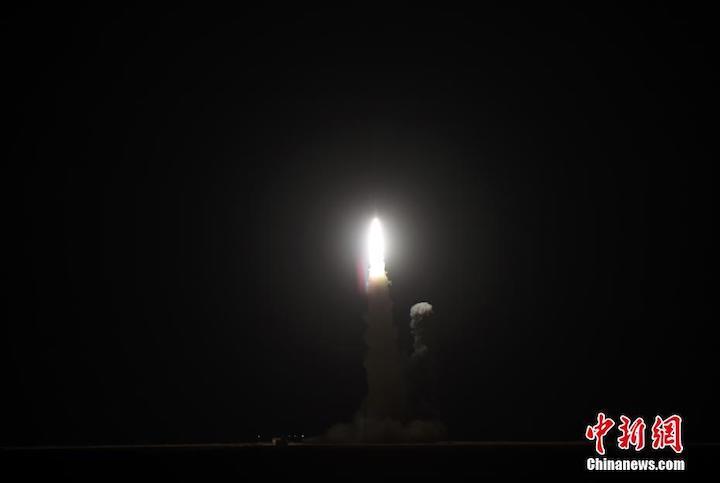 Launch of the Hongyun-1 satellite atop a Long March 11 solid-fuelled rocket from Jiuquan Satellite Launch Centre at 23:51 UTC on December 21, 2018. CNS

Launch took place at 23:51 UTC December 21 (07:51 Beijing time December 22) at the Jiuquan Satellite Launch Centre in the Gobi Desert, sending Hongyun-1 into a Sun-synchronous orbit with an altitude of around 500 kilometres.

"Using a common expression, we are moving the Internet currently on the ground into the sky. The first satellite of the Hongyun Project is China's first true low-orbit broadband communication satellite, which will greatly promote the development of space sectors, particularly commercial space," Hou Xiufeng, a CASIC spokesman, told CCTV.

CASIC aims to have the 156-satellite system, with most at an altitude of 1,000 kilometres, operational by around 2022.

A render of the Hongyun-1 satellite. CASIC

Curiously, the launch vehicle was provided by the China Aerospace Science and Technology Corporation (CASC), a sister state-owned enterprise and the country's largest space contractor.

CASC confirmed launch success around 40 minutes later. CASC also announced that is now aiming to carry out the first sea launch of a Long March 11 in June 2019.

The company also stated it has carried out various improvements to the rocket, including guidance design and flight control software.

News of the launch was first announced via Chinese media on Wednesday(link in Chinese), stating a launch on December 21 Beijing time, with the later airspace closures confirming the mission for one day later.

Assembly of the Long March 11 to launch the Hongyun-1 satellite in December 2018. CALT

The launch was China's 37th of 2018, having already smashed its national record of 22 launches, set in 2016, back in August. It is the first since the launch of the Chang'e-4 lunar far side mission on December 7.

CASC stated at the start of the year that it was targeting around 35 launches, meaning commercial launches could take the national number close to 40.

Next launch will be TJS-3, nominally a geostationary communications test satellite, taking place on December 25 at around 17:00 UTC (01:00 Beijing time December 26) from Xichang on an enhanced Long March 3B.

The first satellite for CASC's own Hongyan ('wild goose') LEO communications constellation is expected to launch on a Long March 2D launch vehicle from Jiuquan on December 29 to test L- and Ka-band capabilities and compatibility.

Launch of a Long March 2D carrier rocket from Jiuquan at 04:12 UTC on December 7, 2018, carrying two Saudi satellites and a host of smaller passengers. CNS

China currently leads the world for launch rate in 2018, with the United States, which is set to launch a number of missions in the coming days, on 33 (including three Electron launches from New Zealand). Russia with 18, Europe (8), India (7) and Japan (6) all follow.

China suffered one of the two failures experienced out of the 108 global launches so far with the first attempt by a Chinese private launch company to reach orbit.

An issue with the third stage of Landspace's ZQ-1 rocket meant the payload failed to reach orbit.

The other involved two astronauts on a Russian Soyuz spacecraft, but the crew safely reached the ground after aborting the launch.