In space, no one can hear your floppy disk drive 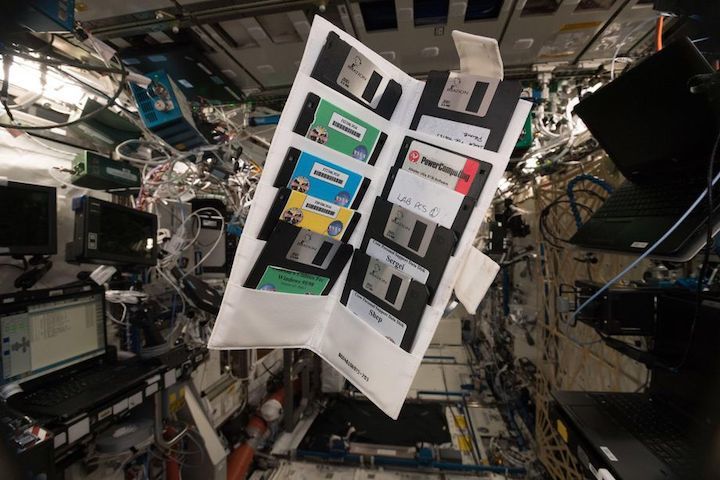 The International Space Station is apparently in need of a garage sale. European Space Agency astronaut Alexander Gerst, currently in residence up in, well, space, discovered a treasure trove of floppy disks tucked away in one of the lockers on-board.

The ISS recently celebrated its 20th anniversary on November 20th. As spotted by CNET,Gerst tweeted a picture of his ancient tech find, adding “I found a locker on the @Space_Station that probably hasn’t been opened for a while.” In addition to a Norton’s Utilities for Windows 95 / 98, the folder also includes a few disks labeled “Crew Personal Support Data Disk.” The most likely candidates for who they refer to are former astronauts William Shepherd and Sergei Krikalev, who were notable crew members in 2000 during the first manned ISS mission, Expedition 1. 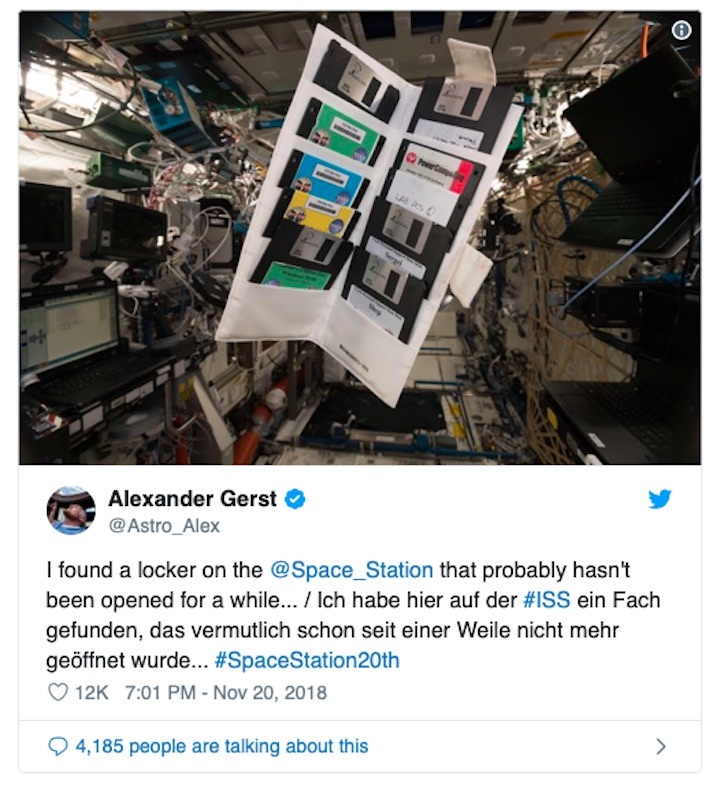 Kudos to Gerst for not making the same bad floppy disk joke everyone else makes online. ISS, please consider some spring cleaning.