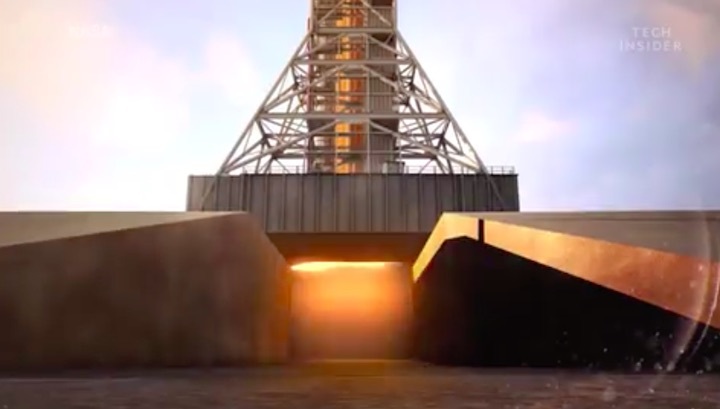 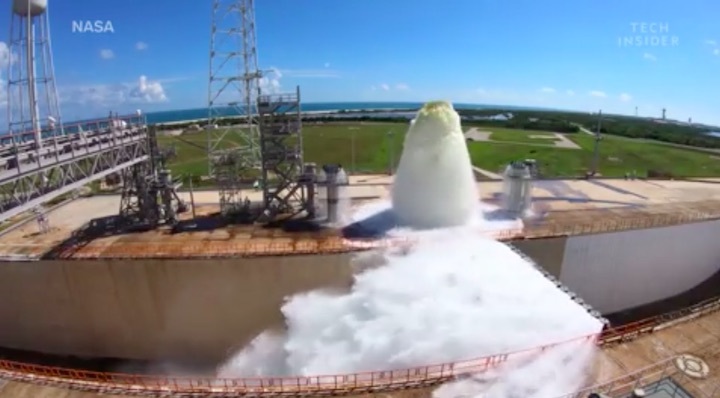 This is almost half a million gallons of water being blasted a hundred feet into the air.

The most impressive part? It was all done in just 60 seconds.

NASA created the massive fountain as part of a test for its Space Launch System, scheduled to launch for the first time in 2020.

It will be the largest, most powerful rocket NASA has ever built. Standing upright, the SLS will reach 322 feet in height, 17 feet taller than the Statue of Liberty, and weigh almost 6 million pounds.

Its first planned mission? A 25-day trip around the moon.

When it lifts off, its engines will generate 8.4 million pounds of force and sound waves so powerful that they could easily destroy the rocket from the ground up.

That's where NASA's Ignition Overpressure and Sound Suppression System comes in. NASA projects the water onto and over the launchpad during ignition and liftoff. This not only protects the ground from the rocket's engines it also prevents the sound waves from bouncing off the ground and back up which could cause catastrophic damage to the engines. The system also prevents the giant flames generated by the engines from catching anything on fire.

During an actual launch, some of the water will evaporate due to the extreme heat, while the rest exits through nozzles. This test is just one of many more that NASA will conduct over the coming months in preparation for the rocket's first launch.

The SLS is designed for deeper space missions able to explore far beyond Earth's orbit. It can carry astronauts in an Orion capsule, or ferry other cargo, like exploratory robots, to distant worlds like Jupiter and Mars. Pretty impressive, huh?

This latest test, performed in the beginning of October, was to evaluate any needed upgrades, like corrosion control, renovating the water storage tank, and checking the conditions of the pipes and valves. Now, it will be in tip-top shape for when the SLS is ready to make its debut flight in 2020. 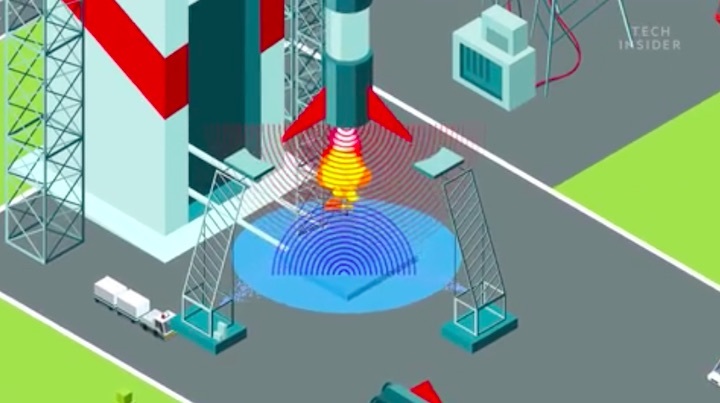 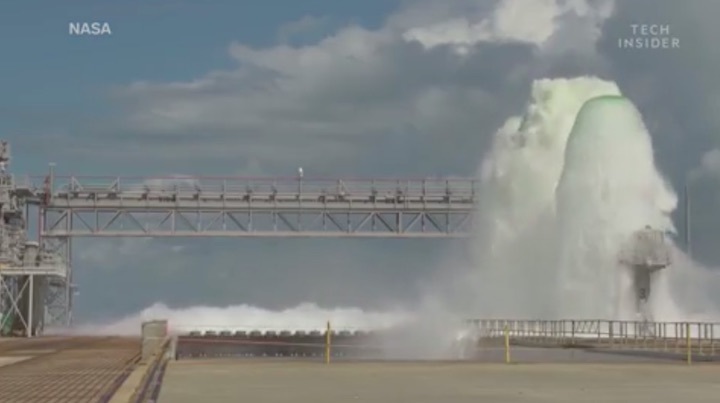 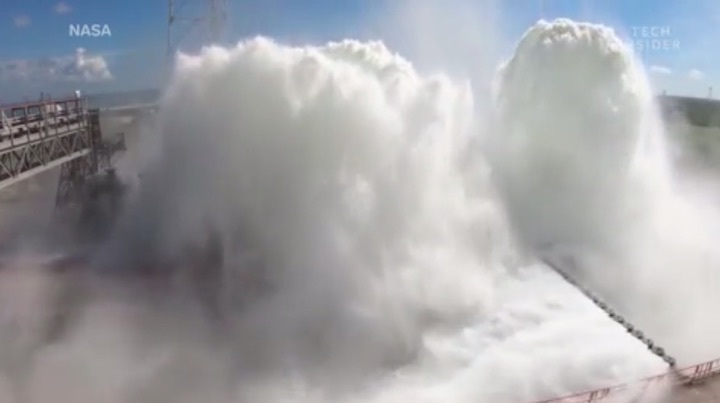