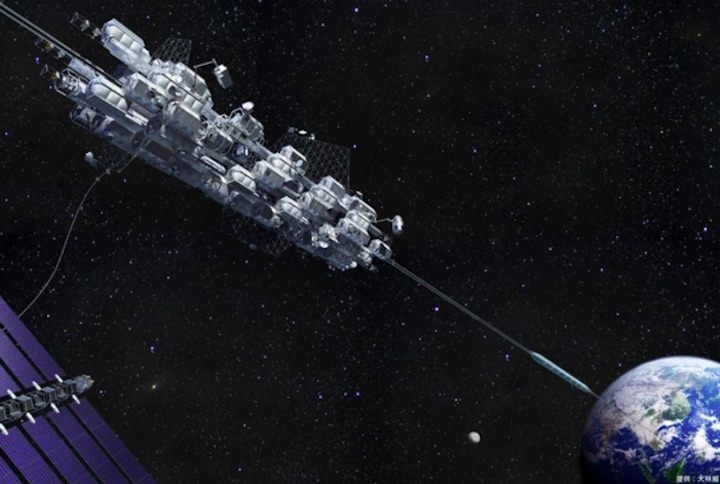 Elon Musk may not believe in space elevators yet, but Japan is taking a step forward to realise the dream of travelling to space by elevators instead of the traditional rocket.

A team of researchers from Japan's Shizuoka University and other institutions will conduct the first test in space this month as part of a project to build a space elevator, Japan's The Mainichi reported last week. The space elevator essentially ferries people and cargo shipments in an elevator car travelling on a cable connecting Earth to a space station.

This test is the first exploring the movement of a container on a cable in space. Two ultra-small cubic satellites measuring 10 centimeters on each side connected by a steel cable about 10 metres long will be carried from Kagoshima's Tanegashima Space Center to the International Space Station on Sept. 11.

From there, the connected satellites will be launched and a motorised container acting as an elevator car will travel along the cable and have its journey recorded via a camera attached to the satellites.

The project's technical advisor, Japan's construction giant Obayashi Corporation, is also working on a similar project, though it previously said it expects to deliver a space elevator by 2050.

The Mainichi identified a number of obstacles researchers face. These include the development of special cables that are resistant to high-energy cosmic rays (Obayashi said carbon nanotubes are a strong candidate as the cables' material), the transmission of electricity from Earth to space and keeping cosmic elevators safe from collisions with space debris and meteorites.

Space elevators are expected to cut the costs -- and risks -- of space travel massively if they can be realized. While cargo would typically cost about $22,000 per kilogram via shuttle, Obayashi's elevator will cut that to about $200. Researchers also expect these elevators to travel up to 200 kilometers per hour and arrive at the ISS eight days after launch, said the publication.

CNET has reached out to Obayashi and Shizuoka University for comments.