The flying rocket launcher enters a crowded field, leading some to wonder if it could end up flying classified missions. 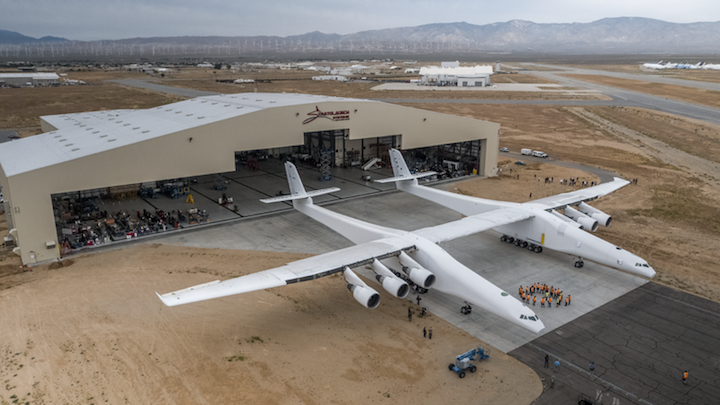 Seven years ago, Microsoft founder Paul Allen started a company with a bold idea: build one of the biggest aircraft ever to fly, and then use it to launch satellites into orbit. Now just months before the airplane flies the first time, some are wondering where the customers are for such an aircraft. Could the airplane end up flying secret missions for the military and intelligence community?

Built by aviation firm Scaled Composites, Stratolaunch is the largest aircraft in the world by wingspan. The giant plane's wings stretch a jaw-dropping 385 feet, 25 feet longer than a football field. The aircraft features two identical fuselages, six enormous turbofan engines, and what amounts to three wings—one in the center. The flying leviathan is designed to carry rockets, including eventually a crewed spacecraft, to the edge of space and launch them. 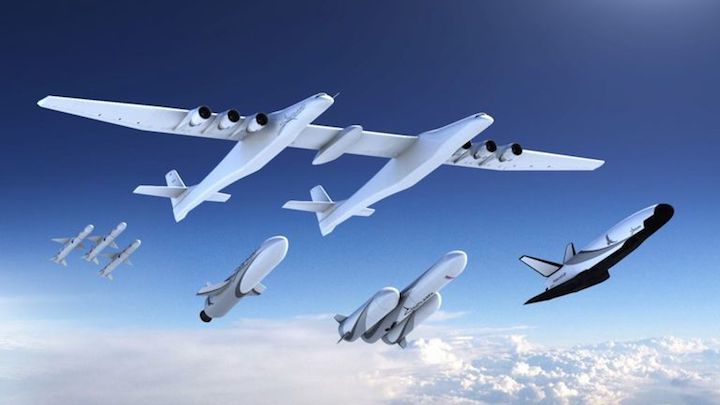 Stratolaunch's appeal lies in the fact that it can use smaller, cheaper rockets to reach orbit. The rockets to fly on Stratolaunch require fewer stages, meaning it's less likely something will go wrong—and with rockets, wrong is generally catastrophically wrong. As an airplane, Stratolaunch can also fly around the bad weather that might ground a rocket taking off from a stationary pad.

All of this is very appealing, but as Quartz points out, Stratolaunch faces stiff competition. SpaceX, Blue Origin, Virgin Orbit, United Launch Alliance, and Northrop Grumman are all in the commercial space business. Heavy competition will bring down prices, and although Stratolaunch can fly around bad weather, commercial satellites are typically not on a strict timeline and can wait for weather to improve.

This has led to some speculation that Stratolaunch is in fact a Department of Defense project hiding in plain sight. Quartz compares the airplane to the Glomar Explorer, a deep sea drilling ship ostensibly designed to harvest manganese ore from the ocean floor. In reality, the Glomar Explorer was meant to salvage a sunken Soviet nuclear-armed submarine on the bottom of the Pacific Ocean. The ship was so large and unusual that it was impossible to construct in secret, so it was simply built with a cover story. 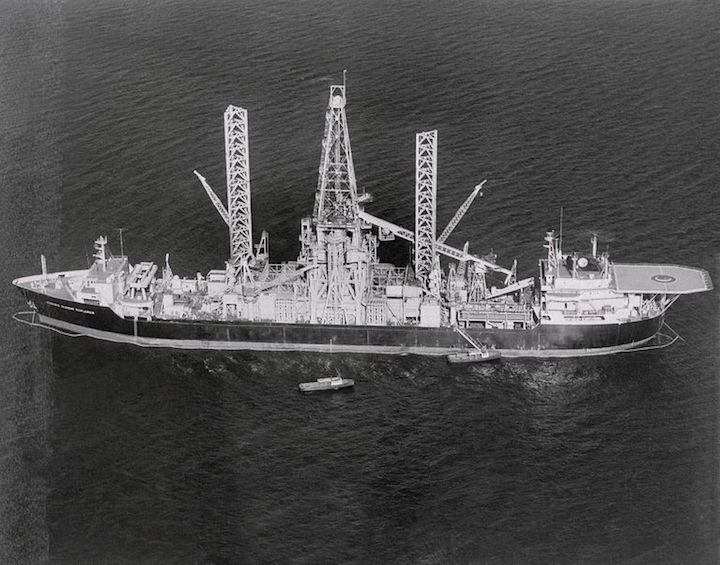 Could Stratolaunch be similar project? U.S. Vice President Mike Pence and Secretary of the Air Force Heather Wilson have both visited the company’s facilities. The company declined to reveal to Quartz how many employees it has, and only 47 people list themselves as employees on LinkedIn.

Stratolaunch, the theory goes, could discretely fly specialized payloads into space without the extensive preparation necessary for ground-based rockets. The giant plane could be optimized for unique payloads, including anti-satellite weapons, launching them into space with little or no notice. Stratolaunch may not be as large as Glomar Explorer, but in these days of Google Maps, it's nearly impossible to hide even a civilian aircraft from prying eyes. If it is being built for secret missions, hiding it in plain sight is a brilliant way to get the job done.

The Department of Defense—and U.S. intelligence community—would be quite interested in Stratolaunch's capabilities. For one, the ability to stick to time-critical schedules by flying around bad weather is useful. Also, in a major war anti-satellite weapons will very likely take a toll on America’s constellation of navigation, communications, and intelligence gathering sats, and Stratolaunch could quickly replace downed satellites with it’s high turnaround rate. Fixed rocket launch pads in California, Florida, and elsewhere are vulnerable to sabotage and other forms of attack, but Stratolaunch could operate from many secure military air bases.

It’s certainly possible that Stratolaunch is a top secret asset hiding in plain sight, but a more likely scenario is that Stratolaunch is set to perform regular civilian spaceflight jobs while being on retainer to become a government asset during a national emergency. The U.S. Air Force has a similar agreement with major American airlines, which during a crisis would transfer civilian planes to the Civil Reserve Air Fleet for military service.

Raumfahrt - Does Stratolaunch Have a Top Secret Purpose?
575 Views
Created with page4