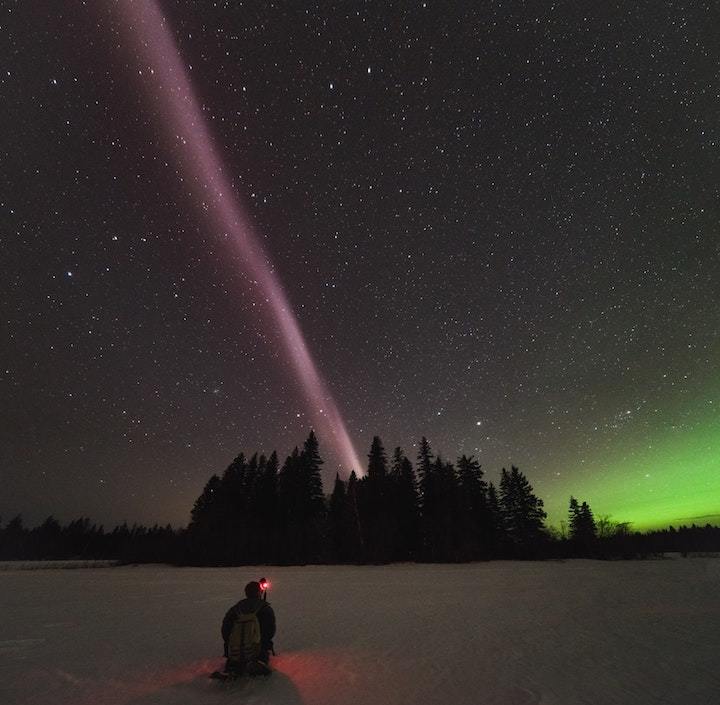 A mysterious light in the sky has been found not to be an aurora, confounding the conclusions of many astronomers. What it is, however, remains a mystery.

The sporadic phenomenon first came to widespread public notice in 2016 when a group of Canadian amateur sky-gazers and photographers called the Alberta Aurora Chasers posted shots on Facebook. The photographs showed a towering strip of coloured light that looked a little like the aurora borealis but was positioned too far south to be so.

The group dubbed the light STEVE – a reference to a mysterious shrub that features in the 2006 animated movie, Over The Hedge.

Other STEVE iterations had been photographed for decades, but it wasn’t until the big Facebook reveal that scientists decided to have a close look.

Now, the fruits of that research, conducted by a team led by space physicist Bea Gallardo-Lacourt from Canada’s University of Calgary, has been published in the journal Geophysical Research Letters.

“Our main conclusion is that STEVE is not an aurora,” she says.

“So right now, we know very little about it. And that’s the cool thing, because this has been known by photographers for decades. But for the scientists, it’s completely unknown.”

Auroras are produced when charged particles collide with the Earth’s upper atmosphere. Analysing data gathered from a 2008 event, Gallardo-Lacourt and colleagues were able to conclusively rule out a similar processes as the force behind STEVE.

What causes it, however, remains unknown. At this point, it seems to be an entirely new celestial phenomenon.

“This is really interesting because we haven’t figured it out and when you get a new problem, it’s always exciting,” says Joe Borovsky, a space physicist at the Space Science Institute in Los Alamos, New Mexico, who was not connected to the new study.

“It’s like you think you know everything and it turns out you don’t.”

Quelle: COSMOS
Astronomie - This is not an aurora
746 Views
Created with page4