“All of the fundamental research in hypersonic aerodynamics is United States (work)," said Pentagon R&D chief Mike Griffin. "We did not choose to weaponize the results of that research. Our adversaries have chosen to weaponize it. That’s the challenge. We will respond." 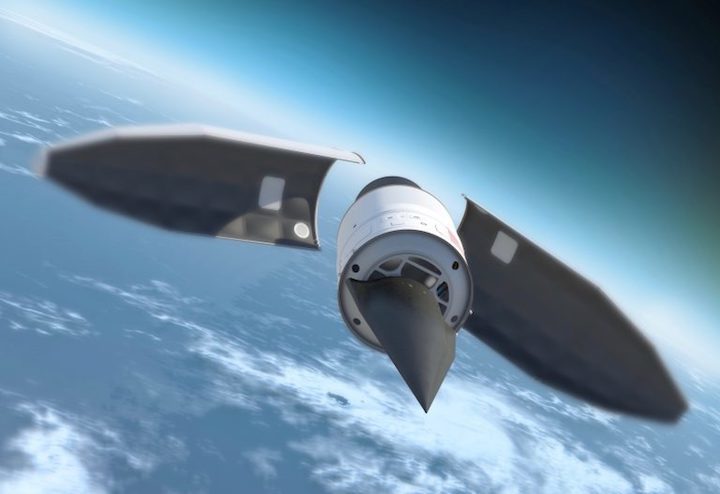 WASHINGTON: It’s not over until it’s over,, but Lockheed Martin is certainly showing early promise in the eye-wateringly difficult technical field of building a useful hypersonic weapon.

The Air Force announced last night that it was awarding the world’s biggest defense company a $480 million contract to develop a prototype for the Air-Launched Rapid Response Weapon (ARRW).

Lockheed “has been putting a lot of work into this and a great deal of emphasis in terms of company strategy,” said Richard Aboulafia, the dean of aviation analysis over at Teal Group. “But as our British pals say, it’s early days in this industry. The technology is far from mature. A lot can happen before deployable systems see more than limited production runs. But right now, yes, they are seizing the high ground in hypersonics.”

Hypersonics is the top priority for Michael Griffin, head of Pentagon research and development. Why? Because, while the US led the way in basic research, Russiaand China have stolen a march on us in actually testing hypersonic weapons — ones specifically designed to fly too low for American anti-ballistic missile defenses but too fast for anti-cruise missile defenses.

“All of the fundamental research in hypersonic aerodynamics is United States (work),” Griffin told reporters last week at the Space & Missile Defense Symposiumin Huntsville, Ala. “We did not choose to weaponize the results of that research. Our adversaries have chosen to weaponize it. That’s the challenge. We will respond.”

The Air Force is at the forefront of that response. 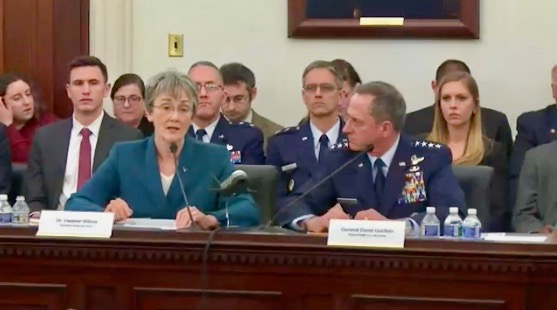 “We are going to go fast and leverage the best technology available to get hypersonic capability to the warfighter as soon as possible,” Air Force Secretary Heather Wilson said in a statement.

As the Air Force’s deputy assistant secretary for science, technology and engineering, Jeffrey Stanley, told the House Armed Services subcommittee on emerging threats and capabilities in March: “Although we have a long history in hypersonic research, the United States no longer enjoys preeminence and the Air Force recognizes the urgent need to increase investment in this technology. The Air Force continues to conduct research and development in partnership with the Defense Advanced Research Project Agency (DARPA) and National Aeronautics and Space Administration (NASA) on two S&T flight demonstration programs.”

This latest contract is one of two Air Force hypersonic weapon prototyping efforts awarded, this one to try and get something useful into the air in three years. But it is, importantly, part of a much broader effort at the Pentagon. The Office of Secretary of Defense, Missile Defense Agency, Air Force, Navy and Army signed a June 28 memorandum agreeing to work together on hypersonic boost glide technology development.

The Air Force’s other hypersonic weapon rapid prototyping effort is called the Hypersonic Conventional Strike Weapon (HCSW). The ARRW and HCSW efforts are developing unique capabilities for the warfighter and each has different technical approaches. Yesterday’s contract is designed to push  “the art-of-the-possible by leveraging the technical base established by the Air Force/DARPA partnership.” The earlier contract to Lockheed, HCSW, uses mature technologies that have never been used together before to build an air-launched delivery system.

Yesterday’s announcement is for an undefinitized contract action. It basically is a placeholder to let Lockheed start work while the government hammers out a final settlement on contract terms and conditions — including a final negotiated price. They’ve got nine months to nail it down.

Interestingly, this advanced system is not being handled by the Air Force’s Rapid Capabilities Office but by its Armament Directorate. The RCO manages the X-37B spaceplane and the B-21 bomber, both reliant on advanced technologies. The Armaments Directorate usually handles more conventional weapons’ efforts.