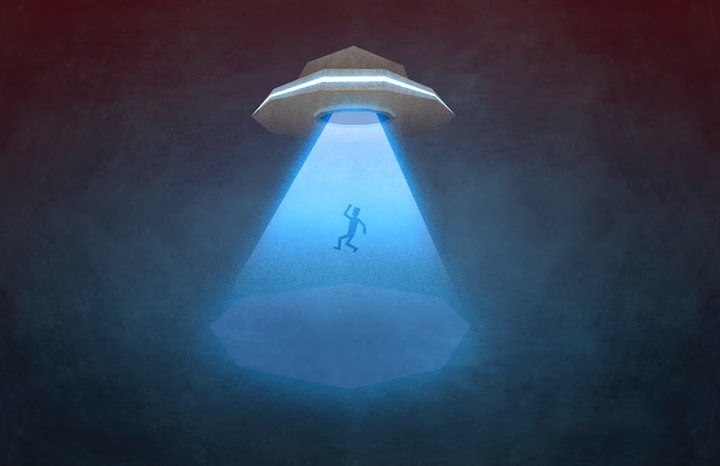 The Challenges of the Extraterrestrial Hypothesis of UFO Phenomena

In the past, I often explained that nearly all UFO sightings are misidentified terrestrial objects such as man-made aircraft, weather balloons, and satellites; as well as natural phenomena like meteors, birds, lens flares, and just about anything moving within the electromagnetic spectrum’s visible band. Moreover, alleged physical evidence such as debris from UFO crashes, burn marks on the ground, or alien implants have all turned out to be quite terrestrial, including elaborate hoaxes. Thus, after decades of research by hundreds of UFO investigators, not one UFO has been unequivocally identified as an extraterrestrial spacecraft in a way required by science and/or common sense. Contrary to what most mainstream ufologists proclaim, there is no physical evidence to support their extraterrestrial hypothesis of UFO phenomena.

Attacking physics and space science, furthermore, is the standard modus operandi I have encountered at UFO gatherings. Rather than presenting incontrovertible evidence to prove their extraterrestrial hypothesis, members of the UFO community attack scientists and skeptics by attempting to expose weaknesses to a counterargument. Such refutation, however, is no substitute for evidentiary support of the extraterrestrial hypothesis for UFO phenomena. It is simply faulty logic to assume that, because a scientist’s or skeptic’s explanations may be flawed, the UFO community’s hypothesis is valid. Another common tactic deployed by the UFO community is to claim that, if science cannot prove that a UFO was not an extraterrestrial spacecraft, one can infer that it is in fact an extraterrestrial spacecraft (e.g., because it was too large or moved faster than conventional aircraft). This kind of reasoning is known as the argumentum ad ignorantiam or the argument from ignorance. A claim does not become true or reasonable if a contrary claim cannot be proved to be true.

The UFO community, unfortunately, has become a cult inundated with New Age claptrap, pseudoscience, cryptozoology and the paranormal. This is why scientists and academicians (including me) distance themselves from the UFO community. In addition to false hope from the science-fiction entertainment industry, as well as spectacles found only at large-scale UFO conferences, there are several reasons why the UFO community believes that extraterrestrials are behind UFO phenomena. Some of these reasons include:

Ufology, in short, is now a cult in which belief in extraterrestrials is analogous to belief in the supernatural.

Rather than applying science and logic to defend the extraterrestrial hypothesis of UFO phenomena, the UFO community addresses the issue through emotions and confirmation bias. Ufologists have a predisposition to favor information, no matter how fantastic, that confirms their beliefs or assumptions.[i] They display this bias when they gather or remember information selectively or when they interpret it in a biased way. This inclination is especially prominent at UFO conferences when emotionally charged stories of alleged alien abductions and government conspiracies are presented. Those who support the extraterrestrial hypothesis of UFO phenomena, moreover, tend to interpret ambiguous and anecdotal evidence as supporting their existing position. This is often the result of media sound bites, social media, and UFO organizations’ claims that they are “scientific” entities. When confirmation bias is coupled with pareidolia, apophenia, and illusory correlation, the end result is belief perseverance, which contributes to overconfidence and strengthens beliefs even in the face of contrary evidence.

Lastly, belief in the extraterrestrial hypothesis of UFO phenomena did not develop into self-validating structures all by themselves. They are the direct result of the UFO community leaders’ often modifying and revising their agenda to conform to the prevailing culture of their memberships. A clear example of this occurred when the UFO community was faced with a serious institutional crisis regarding the U.S. government’s explanation for the 1947 Roswell incident. Rather than accepting the proven fact that the UFO was actually a balloon under the auspices of Project Mogul, the UFO community conveniently resorted to claims of a government cover-up.

Ufology Is Not a Science

Science is a systematic enterprise that constructs and organizes knowledge in the form of testable explanations and predictions about the universe. Ufology, however, is not a science, and no research on or investigation of UFOs has provided a testable explanation and prediction. Nevertheless, there is a growing trend in the UFO community to present ufology as a science and a topic that requires urgent response from the government. Many mainstream ufologists as well as speakers at UFO conferences attempt to use fancy words such as quantum mechanics, which should immediately be considered a red flag. Most ufologists are not scientists and are simply invoking a poorly understood branch of science. Quantum mechanics is the science that deals with matter at the level of atomic and subatomic particles; thus, it cannot be applied to the macroscopic world of large physical objects such as UFOs.

Too often attendees at UFO conferences are perfectly willing to believe the alleged evidence that supposedly proves the UFO hypothesis in their favor, but they steadfastly refuse to consider the overwhelming evidence that contradicts or refutes their claims. In other words, most ufologists cherry-pick the evidence, which is not an allowable option in legitimate science.

Every year hundreds of thousands of reports of unusual sightings and alleged abductions flood the Internet and social media. Organizations such as the Mutual UFO Network (MUFON) and National UFO Reporting Center (NUFORC) inundate the UFO community with reports that thousands of UFOs are being documented each month. If only 1% of these sightings were both reliable and credible, it would appear, on the surface, that at the very least thousands of extraterrestrials are visiting planet Earth. That is not the case.

From 2010-2017, I conducted a comprehensive analysis of approximately 10,000 sightings reported to MUFON. The analysis concluded, first, that the vast majority of these sightings were reported by the average person and almost never by professional or amateur astronomers, who are trained observers and spend inordinate amounts of time observing the sky. Second, more than 85% of these reports were incomplete, contained inaccurate and ambiguous information, and were not properly vetted under a systematic control system. The reliability of most of these reports, therefore, was questionable at best. I suspect that if a proper case-control system had been in place and the monthly reporting numbers reflected such a process, perhaps only a few dozen reports per year would be forwarded for investigation. In short, most reports of UFO sightings are unreliable, and the numbers routinely published are deceptive.

From time to time a handful of pilots, military personnel, and police officers did report seeing a UFO. The credibility of these witnesses was taken for granted because of their official titles and/or positions. Unfortunately, however, such reports are too often sensationalized to imply that, because there are no logical explanations for what the officials observed, it must have been an extraterrestrial spacecraft. Regardless of these witnesses’ positions, their reliability can only be established once a thorough Personal Credibility Assessment Investigation on them is completed, which my research found to be rarely conducted.

Challenges for the UFO Community

The UFO craze is now part of a modern subculture. Every year thousands of UFO buffs spend millions of dollars to attend UFO conferences and purchase clothing with pictures of little green men, sensationalistic books, and a variety of UFO paraphernalia. Some U.S. cities even sponsor annual parades, such as that at the Annual Roswell UFO Festival in New Mexico.

In closing, the facts are quite simple. The UFO community’s hypothesis of extraterrestrials is scientifically unsubstantiated conjecture at best. The Observable Universe’s scale, the composition of stars and alleged extraterrestrials’ home planets, the speed of light as applied to interstellar travel, and the hazards of prolonged spaceflight all indicate that technologically advanced, spacefaring civilizations either do not exist, are extinct, or are too far away to detect. That is not to say that other Earth-like planets, or for that matter other planets with complex and/or primitive life, do not exist. Even planets with intelligent life can be common in the universe. Ultimately, however, these assertions are speculation at best because no planets with technologically intelligent life have been detected, yet.