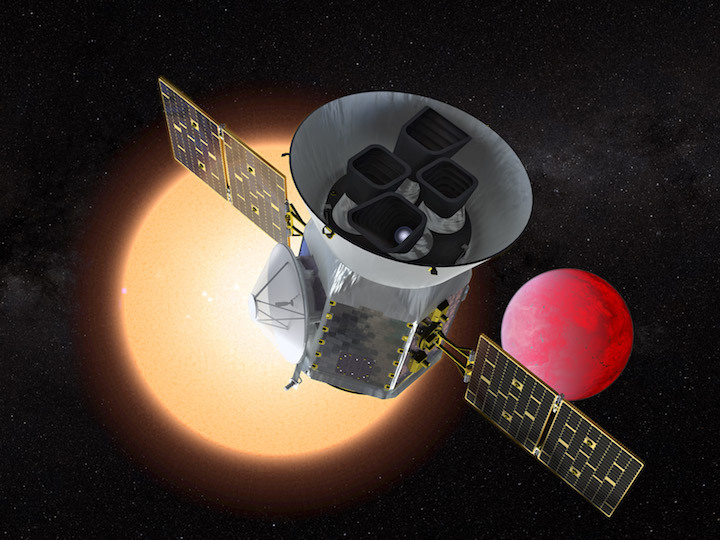 After a successful launch on April 18, 2018, NASA’s newest planet hunter, the Transiting Exoplanet Survey Satellite, is currently undergoing a series of commissioning tests before it begins searching for planets. The TESS team has reported that the spacecraft and cameras are in good health, and the spacecraft has successfully reached its final science orbit. The team continues to conduct tests in order to optimize spacecraft performance with a goal of beginning science at the end of July.

Every new mission goes through a commissioning period of testing and adjustments before beginning science operations. This serves to test how the spacecraft and its instruments are performing and determines whether any changes need to be made before the mission starts observations.

TESS is a NASA Astrophysics Explorer mission led and operated by MIT in Cambridge, Massachusetts, and managed by NASA’s Goddard Space Flight Center in Greenbelt, Maryland. Dr. George Ricker of MIT’s Kavli Institute for Astrophysics and Space Research serves as principal investigator for the mission. Additional partners include Northrop Grumman, based in Falls Church, Virginia; NASA’s Ames Research Center in California’s Silicon Valley; the Harvard-Smithsonian Center for Astrophysics in Cambridge, Massachusetts; MIT’s Lincoln Laboratory in Lexington, Massachusetts; and the Space Telescope Science Institute in Baltimore. More than a dozen universities, research institutes and observatories worldwide are participants in the mission.