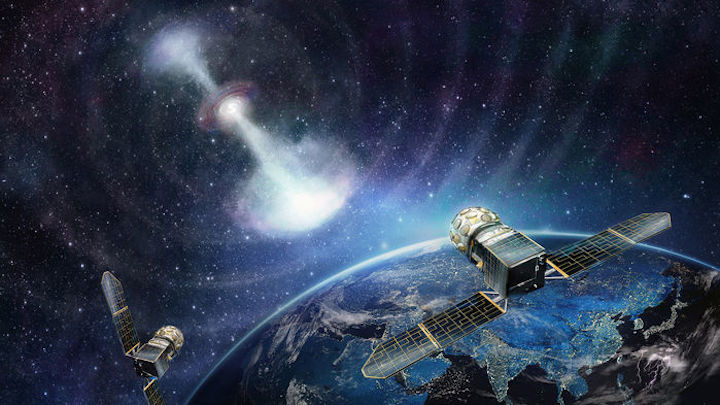 China's ambitious human space missions get most of the headlines, but its fledgling space science program is quietly gaining strength. The Chinese Academy of Sciences (CAS) last week confirmed plans to launch four new scientific satellites beginning in 2020. Coming on the heels of four successful missions, including one devoted to x-ray astronomy and another that demonstrated quantum entanglement over a record-setting 1200 kilometers, these "phase 2" projects will examine areas including solar physics and the hunt for electromagnetic signals associated with gravitational waves.

Given that China's space science program only started about 10 years ago, the lengthening track record "is impressive, but there are still not many missions given that it's a big country with a big science community," says Xin Wu, a China-born physicist at the University of Geneva in Switzerland who collaborates on China's astrophysics missions. "There is pent-up demand" among Chinese space scientists, he says.

CAS broke with tradition for one of the new missions, the Gravitational Wave High-energy Electromagnetic Counterpart All-sky Monitor (GECAM). It fast-tracked selection and development to take advantage of a new scientific opportunity, which Xiong Shaolin, an astrophysicist at CAS's Institute of High Energy Physics in Beijing, and his colleagues identified a month after the U.S. Laser Interferometer Gravitational-Wave Observatory announced its historic detection of gravitational waves in February 2016. They proposed putting two satellites into orbit on opposite sides of Earth that together could watch the entire sky for gamma rays emanating from the events that generate gravitational waves. Funding for technical studies arrived a few months later, and the mission has jumped to the front of the launch queue, with a date of 2020. "When you have this kind of opportunity you can't handle it like a normal mission, with selection and review taking 10 or 20 years," Xiong says.

So far, gamma rays and other electromagnetic signals have only been detected from one kind of gravitational-wave source, a neutron star merger, but they yielded a trove of detail about the enigmatic event. Astrophysicists are still debating whether black hole mergers, the other confirmed source of gravitational waves, also produce electromagnetic emissions. The GECAM team is betting that they do—and that much can be learned from the signals. "I think probably we will find something," Xiong says.

GECAM's observations will complement those of another phase 2 mission, the Einstein Probe (EP), which will survey the sky for the low energy x-rays associated with violent phenomena such as gamma ray bursts and black hole collisions. Combining GECAM, EP, and gravitational wave observations "will allow us to better understand gamma ray burst astrophysics," says Ik Siong Heng, an astrophysicist at the University of Glasgow in the United Kingdom.

China's space scientists have long targeted another area: solar physics. Only the United States produces more papers in the field than China. "But [China's] papers used data from missions developed by Japan and the U.S. and elsewhere," says Gan Weiqun, a solar physicist at CAS's Purple Mountain Observatory in Nanjing. He says China's solar scientists have been pushing for their own mission for 40 years; they've finally gotten the nod for the Advanced Space-based Solar Observatory (ASO-S). "It's very important for us to make original contributions in terms of hardware and data," Gan says. He explains that ASO-S will be the first space observatory to monitor the sun's magnetic field while watching for solar flares and the titanic blasts known as coronal mass ejections. The simultaneous observations could yield clues to how those eruptions are triggered.

The last mission included in the phase 2 list was identified as a priority years ago. The Solar wind Magnetosphere Ionosphere Link Explorer (SMILE), a joint CAS and European Space Agency mission, will pioneer a new technique for imaging Earth's magnetosphere. Previous satellites have made point measurements as they traveled through the magnetosphere. But scientists recently learned that collisions between particles of the solar wind and stray particles of Earth's atmosphere produce low energy x-rays that light up the magnetosphere. By watching these x-rays, SMILE will capture its dynamic behavior.

China's planetary exploration and astronaut programs will continue to make history; later this year or early next, for example, it plans to land the first probe on the far side of the moon. But the future of its space science efforts also seems assured.

China has revealed plans for two space-based missions to study gravitational waves. The National Space Science Center, Chinese Academy of Sciences (CAS), announced on 4 July that the country will launch a mission in 2020 to monitor gamma-ray bursts associated with gravitational-wave events. The CAS also gave the go-ahead for a fully-fledged gravitational-wave detector to be sent into space in 2033.

Gravitational waves are distortions of space–time that occur when massive bodies, such as black holes, are accelerated. Since their first direct detection in 2015 by the Laser Interferometer Gravitational-Wave Observatory (LIGO) detectors in Washington and Louisiana, scientists have since picked up several other events from the merger of black holes as well as neutron stars.

While scientists have the capability to detect such events, pinpointing their exact location is difficult with ground-based gravitational-wave detectors. This can be improved, however, by follow-up observations from ground- and space-based telescopes operating at various wavelengths. Gamma rays, for example, can play a unique role in this effort. During the merger of two neutron stars, a gamma-ray burst usually happens right after the generation of gravitational waves and before X-ray, optical and radio wavelengths can be detected.

“It’s like when you hear a thunderstorm, you look for lightning somewhere in the sky,” says Shaolin Xiong, a high-energy astrophysicist from the Institute of High Energy Physics in Beijing. “The lightning shows where the thunder is coming from”. Similarly, if scientists can associate a detected gamma-ray burst to a gravitational-wave event, they will be able to tell specifically which part of the sky it is happening and carry-out follow-up observations at other wavelengths.

Xiong is principal investigator for a new mission that will consist of two probes placed at opposite sides of the Earth to detect gamma-ray bursts in the energy range of 8 keV – 2 MeV. Dubbed the Gravitational wave high-energy Electromagnetic Counterpart All-sky Monitor (GECAM), it is now going through “phase A” study but the technical readiness for the mission is “high” according to Xiong. Once launched, the craft should begin operation in the second half of 2020, just when LIGO reaches its design sensitivity.

A mission to directly detect gravitational-waves from space was also given the green light for further development by CAS. Low-frequency gravitational waves are inaccessible on Earth because ground-based interferometers would be required to have impossibly long arms. A space-based mission, however, could pick up gravitational-waves with frequencies between 10–4-10–1 Hz from, for example, the coalescence of supermassive black holes.

Dubbed TAIJI, the craft would detect gravitational waves from the merger of black holes and adopt a similar mission concept and technology with the European Space Agency’sLISA probe, which will launch around 2034 and consist of three spacecraft separated by 2.5 million km in a triangular formation, following Earth in its orbit around the Sun.

Like LISA, TAIJI would also place three craft in a triangular configuration in a sun-synchronous orbit with each side of the triangle instead being three million kilometers long. It will operate at a frequency range 0.01-1 Hz, and will focus on intermediate mass black-hole binaries.

TAIJI’s budget has not been revealed but it is considered to be at least 15 billion yuan ($2.26bn). China aims to first launch a “pathfinder” demonstrator craft around 2025 to test the technology behind TAIJI. “We’ve got good technology reserves and talent teams, and we are pushing forward at full speed to meet the timeline,” says Yueliang Wu, a theoretical physicist from the University of the Chinese Academy of Sciences who is TAIJI’s principal investigator.

China was invited to join LISA but its role was limited after NASA returned to the mission. While the community in China then decided to develop their own probe, it won’t stop researchers from the country working with their Europe counterparts. “Collaboration between China and Europe in space-based gravitational wave science is absolutely needed,” says Karsten Danzmann from the Max Planck Institute for Gravitational Physics in Hannover, who is also chair of the LISA consortium. “We’ll be happy to help with TAIJI pathfinder, for instance by organizing workshops in Europe.”