Bradford Smith, a NASA astronomer who acted as planetary tour guide to the public with his interpretations of stunning images beamed back from Voyager missions, has died.

Smith's wife, Diane McGregor, said he died Tuesday at his home in Santa Fe, New Mexico, of complications from myasthenia gravis, an autoimmune disorder. He was 86.

Smith led the NASA team that interpreted pictures taken by Voyager space probes as they passed Jupiter, Saturn, Uranus and Neptune and then presented the images to the public. He was a retired professor of planetary sciences and astronomy at the University of Arizona and research astronomer at the University of Hawaii in Manoa.

At NASA press conferences on Voyager discoveries following their launch in 1977, Smith was a star, and known for a certain dry wit. At a press conference showing a multi-colored, pockmarked moon of Jupiter called Io, Smith quipped, "I've seen better looking pizzas than this." 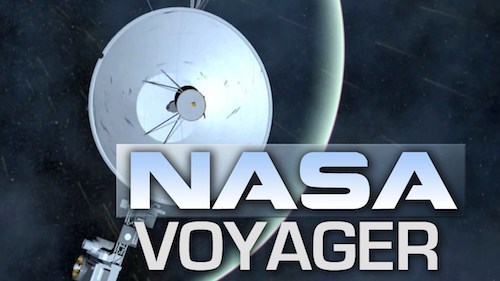 A video of the conference ran on national broadcast news and his quote was on front pages around the world, said Ellen Hale, a former Associated Press communications director and friend of Smith's.

A 1981 People magazine profile called Smith "the nation's tour guide" who showed the public active volcanoes on Io, violent hurricanes on Jupiter, thousands of complex rings around Saturn and other space oddities that constituted "a very bizarre world," as Smith put it, "that goes beyond the imagination of science fiction writers."

Planetary scientist Carolyn Porco who worked with Smith at NASA called him a "visionary" who pushed for changes in optics on Voyager cameras and the hiring of scientists with expertise in geology and planetary rings.

"Brad was one of few who had the foresight to recognize the satellites and, later, the rings of the outer planets would be as fascinating as the planets themselves, and the need for a high-resolution imaging capability to address both," Porco recalled in tribute to Smith on Facebook.

Smith is survived by McGregor, his wife of 34 years, three children, five grandchildren and five great-grandchildren.