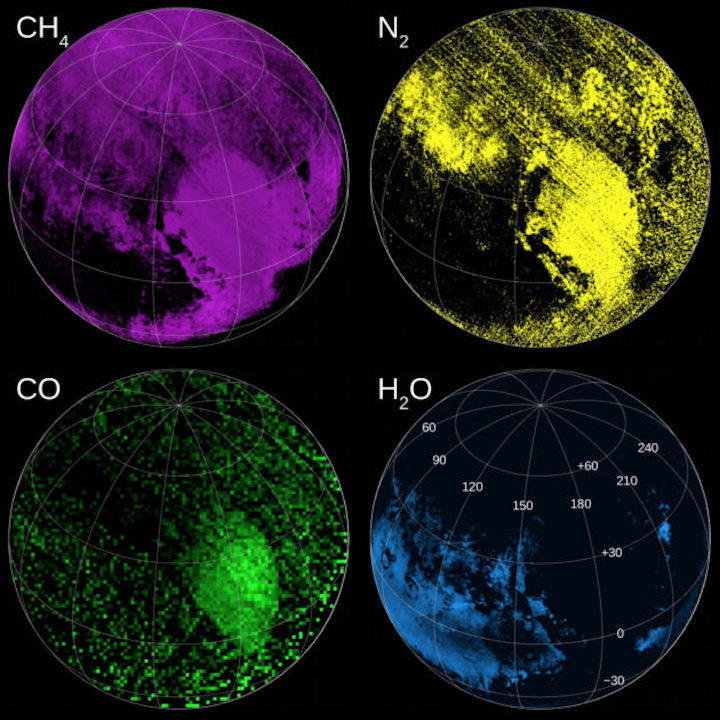 Did Pluto form like its closer-in brethren in the solar system, or is it the result of an agglomeration of comets from the edge of the solar system? A study published in the journal Icarus makes the case for comets.

The result is what’s known as the “giant comet” cosmochemical model of Pluto formation.

Glein said the nitrogen-rich ice detected in Sputnik Planitia, a large glacier that forms the smooth left-hand side of Pluto’s “heart,” provided a key clue.

“We found an intriguing consistency between the estimated amount of nitrogen inside the glacier and the amount that would be expected if Pluto was formed by the agglomeration of roughly a billion comets or other Kuiper Belt objects similar in chemical composition to 67P,” he said today in a news release.

The levels of nitrogen and frozen carbon monoxide in Sputnik Planitia were a closer match for the cometary model than they were for having Pluto form from cold ices that are similar in composition to solar material.

“Our research suggests that Pluto’s initial chemical makeup, inherited from cometary building blocks, was chemically modified by liquid water, perhaps even in a subsurface ocean,” Glein said. That’s consistent with other findings from the New Horizons mission, hinting that some water may still exist in liquid form deep beneath Pluto’s frozen surface.

The solar model for Pluto’s formation hasn’t yet been completely ruled out, however. Glein said “we are only starting to grasp” Pluto’s life story, and further analysis of New Horizons’ data may lead scientists to change their story.

New Horizons has already moved on toward its next target. The piano-sized spacecraft is due to fly past a Kuiper Belt object known as 2014 MU69 or Ultima Thule on New Year’s Day. There’s no moving on for Rosetta, though. That probe was sent to a mission-ending crash onto the surface of 67P in 2016.

The Icarus paper is titled “Primordial N2 provides a cosmochemical explanation for the existence of Sputnik Planitia, Pluto.”