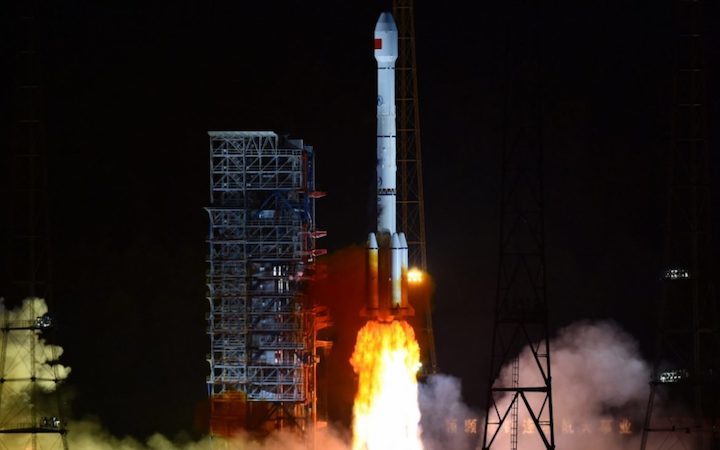 APT entered into the in-orbit delivery contract for the APSTAR-6C satellite with China Great Wall Industry (Hong Kong) Corp. on 17 October 2015. APSTAR-6C is based on CASC DFH-4 platform equipped with 45 transponders in C, Ku, and Ka bands, with a designed service life of 15 years.

The satellite will replace the in-orbit APSTAR-6 satellite in 2018, providing high power transponder services to customers across the Asia-Pacific region for VSAT, video distribution, DTH and cellular backhaul applications.

The platform comprises propulsion module, service module and solar array. It has a payload capacity of 588 kg and an output power of 10.5 kW by the end of its lifetime. Its design lifetime is 15 years and its reliability by the end of life is more than 0.78. Based on versatility, inheritance, expandability and promptness principles and mature technology, the platform will reach world advanced level to meet the needs of international and domestic large communication satellite markets.

Established in 1980, the China Great Wall Industry Corporation (CGWIC) is a commercial organization authorized by the Chinese government to provide satellites, commercial launch services and to carry out international space cooperation.

Through extensive international cooperation, CGWIC enjoys an excellent reputation in the international aerospace industry, the financial community and the insurance circle.

To meet demand of international satellite launch market, especially for high power and heavy communications satellites, the development of Long March-3B (Chang Zheng-3B) launch vehicle was started in 1986 on the basis of the fight proven technology of Long March launch vehicles.

The CZ-3B features enlarged launch propellant tanks, improved computer systems, a larger 4.2 meter diameter payload fairing and the addition of four strap-on boosters in the core stage that provide additional help during the first phase of the launch.

The rocket is capable of launching a 11,200 kg satellite to a low Earth orbit or a 5,100 kg cargo to a geosynchronous transfer orbit. 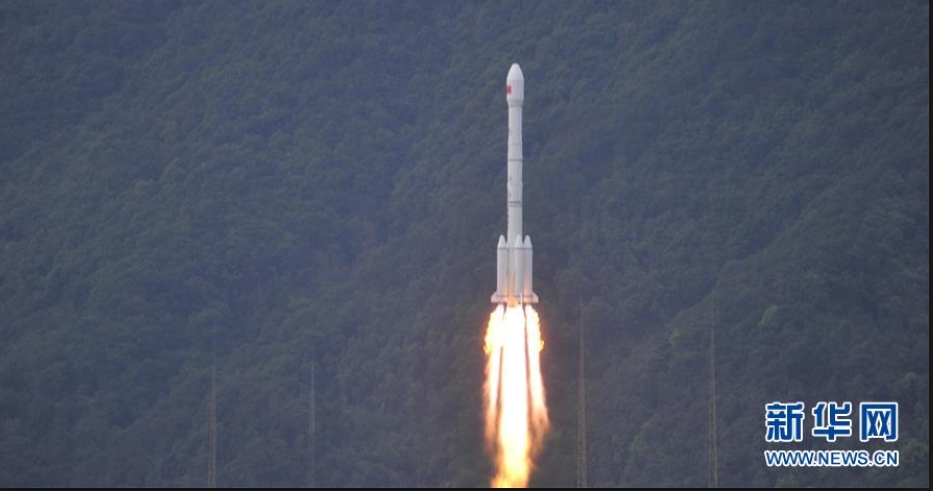 The CZ-3B/G2 (Enhanced Version) launch vehicle was developed from the CZ-3B with a lengthened first core stage and strap-on boosters, increasing the GTO capacity up to 5,500kg.

On May 14, 2007, the first flight of CZ-3B/G2 was performed successfully, accurately sending the NigcomSat-1 into pre-determined orbit. With the GTO launch capability of 5,500kg, CZ-3B/G2 is dedicated for launching heavy GEO communications satellite.

The rocket structure also combines all sub-systems together and is composed of four strap-on boosters, a first stage, a second stage, a third stage and payload fairing.

The first two stages, as well as the four strap-on boosters, use hypergolic (N2O4/UDMH) fuel while the third stage uses cryogenic (LOX/LH2) fuel. The total length of the CZ-3B is 54.838 meters, with a diameter of 3.35 meters on the core stage and 3.00 meters on the third stage. 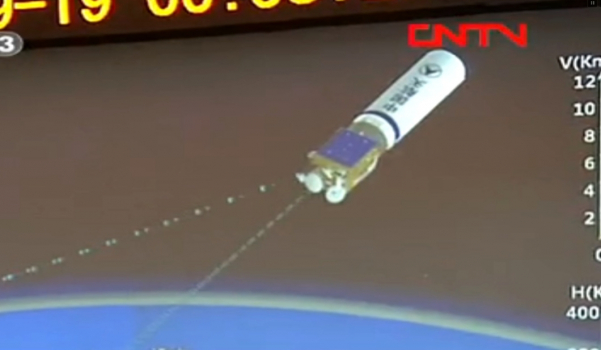 Long March 3B mission in progress

The CZ-3B can also use the new Yuanzheng-1 (“Expedition-1″) upper stage that uses a small thrust 6.5 kN engine burning UDMH/N2O4 with specific impulse at 3,092 m/s. The upper stage is able to conduct two burns, having a 6.5 hour lifetime and is capable of achieving a variety of orbits. This upper stage was not used on this launch.

Next in line for China’s orbital launches is the Gaofen-5 mission currently scheduled for launch on May 7 or 8. Gaofen-5 is a civilian remote sensing satellite that will be launched by a Long March-4C rocket from the Taiyuan satellite Launch Center.

On May 21, China will launch a relay satellite mission in support of the Chang’e 4 rover landing on the far site on the moon. The Queqiao satellite will be launched by a Long March-4C from the Xichang Satellite Launch Center together with two small lunar microsatellites (Longjiang-1 and Longjiang-2) to perform ultra long-wave astronomical. 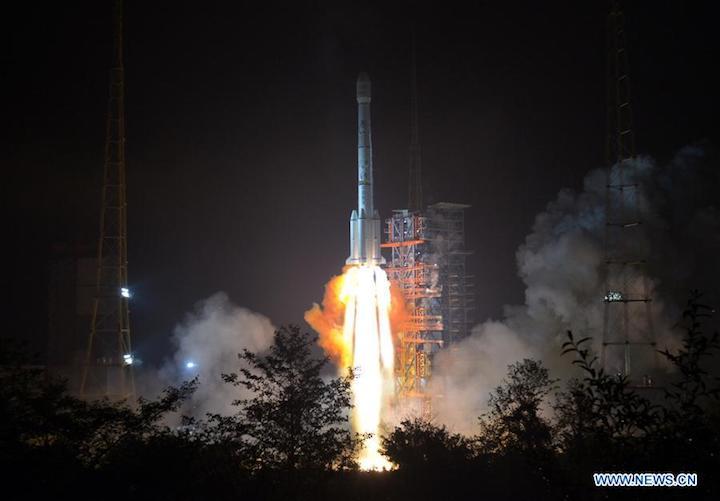 The satellite, developed by the China Academy of Space Technology (CAST), was sent into orbit by the Long March-3B carrier rocket. This was the 273rd mission of the Long March rocket series.

The user of the satellite is Hong Kong-based APT Satellite Co., Ltd. The satellite will provide TV transmission, communication, Internet and multimedia services to customers across the Asia-Pacific region.

It is the second communication satellite developed by CAST for APT Satellite, following the APSTAR-9, which went into orbit on Oct. 17, 2015.

China has developed 15 communication satellites based on the DFH-4 satellite platform for civilian and commercial use, according to CAST.

"We value the international space market, and will provide our customers with first-class products and services," Zhang said.