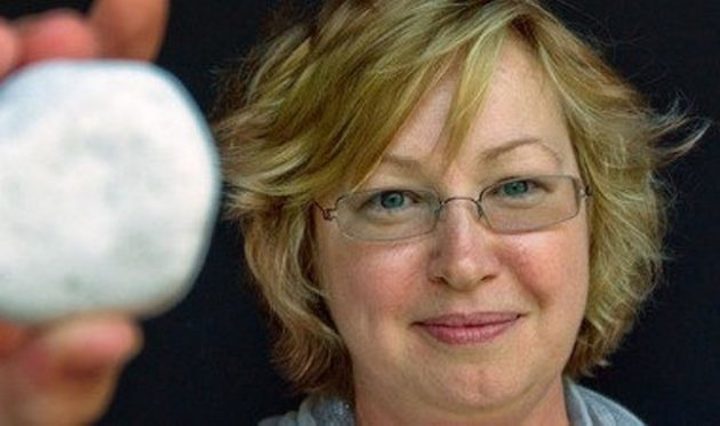 University of Washington astrobiologist Victoria Meadows has become the first woman to receive the SETI Institute’s Frank Drake Award, named after a pioneer in the search for extraterrestrial intelligence.

Meadows directs UW’s graduate program in astrobiology and is the principal investigator for the Virtual Planetary Laboratory, which is based at UW and administered by the NASA Astrobiology Institute.

Under Meadows’ guidance, researchers affiliated with the VPL use computer modeling to assess the potential habitability of planets beyond our solar system. About two dozen institutions, including UW and other universities as well as NASA centers, participate in the VPL program.

Drake Award recipients are chosen by the SETI Institute’s science advisory board.

“Vikki Meadows is a truly outstanding awardee for the Frank Drake Award,” board chairman John Rummel said today in a news release. “She is a leader in the scientific estimation of environments on extrasolar planets, and in the search for signs of habitability and life. As a professor and mentor, she has infused others with her enthusiasm and research expertise — leading from the front.”

Meadows shared the glory with her colleagues.

“Astrobiology addresses questions so big, they can’t be answered by a single researcher of even a single field,” she said in a statement.

“Instead, it takes a community with a staggering breadth of expertise and techniques, and the willingness to work with and learn from each other,” she said. “It has been my very great honor to lead this spectacular team of interdisciplinary researchers, and a privilege to engage in such exciting and impactful research.”

Meadows is the fourth recipient of the Drake Award. The first award was given in 2001 to its namesake, Frank Drake, who conducted the first radio-based SETI search in 1960 and is the originator of the Drake Equation. Other recipients include Charles Townes (2002), the Nobel-winning inventor of the maser and the laser; and William Borucki (2015), the principal investigator for NASA’s planet-hunting Kepler mission.

Meadows will receive the award and discuss her work at a public event on June 14 at SRI International in Menlo Park, Calif.