New technology would allow for launches on consecutive days 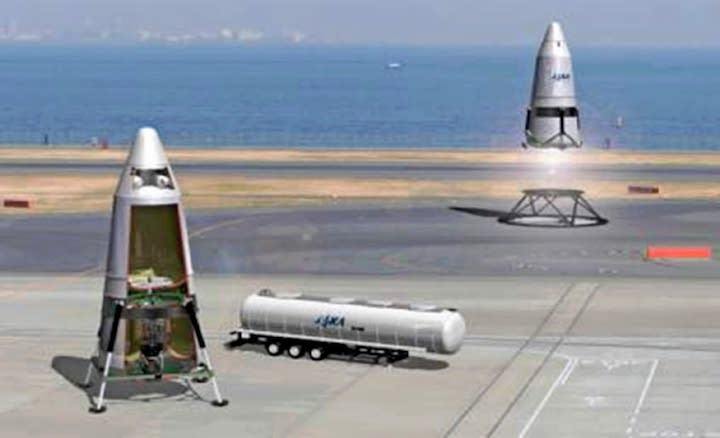 TOKYO -- Japan's space agency will develop a reusable rocket that can carry payloads into orbit on two consecutive days, aiming to cut the costs of space transport, the need for which continues to grow.

The Japan Aerospace Exploration Agency, or JAXA, plans to build a rocket that can carry observation equipment into space, return to Earth, and be ready for launch again the next day. JAXA aims to start test-launching and landing the roughly 7-meter rocket as early as the spring of 2019, and introduce it for regular operations in the 2020s.

JAXA has already confirmed that the rocket's key components, including its engine, can endure more than 100 launches, significantly reducing costs compared with single-use models.

The rocket will be tested at a JAXA facility in the city of Noshiro on the northern Sea of Japan coast. Initial test launches will reach an altitude of 100 meters, gradually increasing to 5,000 meters.

While the rocket is small, the agency believes the technology it incorporates can eventually be used with larger rockets carrying humans to space stations.

The U.S. startup SpaceX, under founder and CEO Elon Musk, has successfully test-launched and landed a large reusable rocket. Russia is also believed to be developing such rockets. Europe has declined to pursue such technology out of cost concerns.