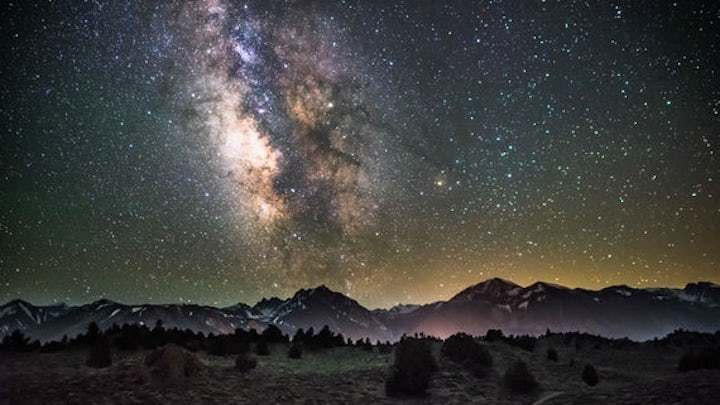 The birth of stars from dense clouds of gas and dust may be happening in a completely unexpected way in our own galaxy and elsewhere.

This is according to an international team of researchers, including scientists from Cardiff University, who have found that long-held assumptions about the relationship between the mass of star-forming clouds of dust and gas and the eventual mass of the star itself may not be as straightforward as we think.

The underlying reasons as to why a star eventually grows to a specific mass has puzzled scientists for some time.

It has been assumed that a star’s mass mostly depends on the original structure – known as a star-forming core – from which stars are born.

Within stellar nurseries all across the Universe giant molecular clouds, made up from dense dust and gas, begin to collapse and clump together under the influence of gravity to create star-forming cores.

It is within these extremely dense cores that material begins to collapse and heat up to a temperature hot enough to sustain nuclear fusion, from which the star begins to grow.

For instance, observations show relatively few stars that are more massive than the Sun, and that solar-mass stars are comparatively abundant. This distribution also shows that stars somewhat smaller than the Sun are even more common, but stars with a much smaller mass are less common.

A lingering question among scientists has been whether or not we would see exactly the same distribution of star masses in other stellar clusters across the Universe, and whether this relationship between star-forming cores and stars themselves is similarly common.

In their study, which has been published today in Nature Astronomy, the team used the Atacama Large Millimetre/Submillimetre Array (ALMA) in Chile to gain an unprecedented insight into a distant star-forming region, named W43-MM1, that lies 18,000 light years away.

By using this extremely sensitive array of telescopes, the team were able to observe star-forming cores with an extraordinary range, from those similar to the mass of our Sun to ones that were 100 times more massive.

To their surprise, the distribution of star-forming cores was completely different to what had previously been observed in nearby regions of the Milky Way.

In particular they observed an abundance of extremely big stars with huge masses, but less smaller stars that are more common within our galaxy.

Co-author of the study Dr Kenneth Marsh, from Cardiff University’s School of Physics and Astronomy, said: “These findings were a complete surprise and call into question the intricate relationship between the masses of star-forming cores and the masses of the stars themselves, which has long been assumed.

“As a consequence, the community may need to revisit its calculations regarding the complex processes that dictate how stars are born. The evolution of a core into a star involves many different physical interactions, and the results of studies such as this should help us better understand how it all happens.”

The study was led by researchers at the Grenoble Institute of Planetology and Astrophysics (CNRS/Université Grenoble Alpes) and the Astrophysics, Instrumentation and Modelling Laboratory, (CNRS/CEA/Université Paris Diderot).