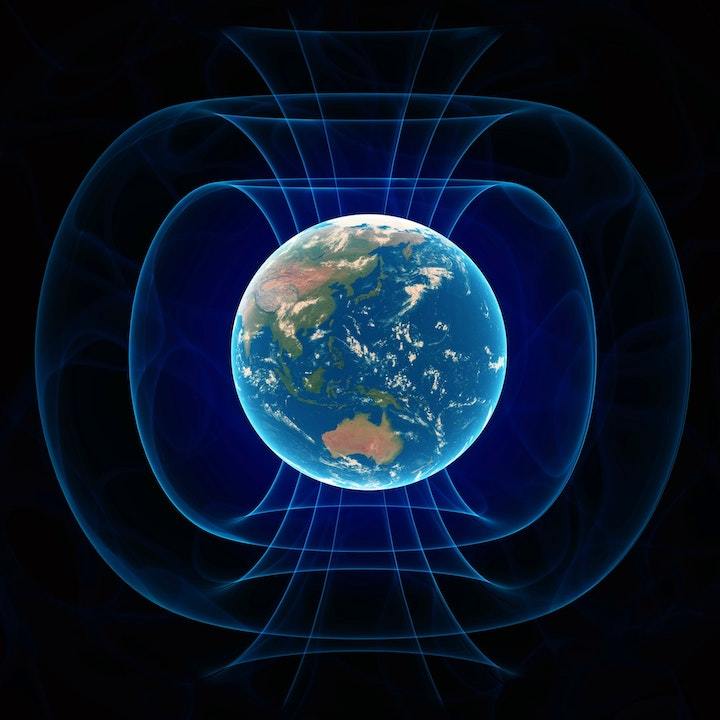 “The Earth’s magnetic poles could be about to flip, sparking chaos and making large parts of the planet uninhabitable, it has emerged,” the paper reported.

And while it is true that Earth’s magnetic field has reversed in the past – multiple times, in fact – and that doing so today would very likely cause some serious problems, not least to navigation equipment, new modelling suggests it’s not going to happen any time soon.

And that’s genuinely reassuring. Research shows that the magnetic north and south poles historically flip about every 300,000 years, but that the last time it happened was 780,000 years ago. Technically, therefore, the next one is long overdue.

According to the British Geological Survey, however, the periodicity of the changes is much more apparent than real. At some stages in the Earth’s history millions of years have passed between reversals.

Now, research led by Richard Holme of Leeds University in the UK, estimates that an imminent north-south switcheroo is very unlikely, despite some evidence to the contrary. Previous research has found that the overall strength of the magnetic field has been decreasing over the past two centuries.

There is also the small matter of something called the South Atlantic Anomaly (SAA), an area of weakened magnetism that stretches from Chile to Zimbabwe that some observers have suggested might be an early warning of an imminent switch.

Geomagnetists such as Holme understand that pole reversals are not unexpected events, even if their occurrences cannot be predicted. They are an inevitable consequence of having a revolving planet that possesses a solid iron core surrounded by an ocean of liquid metal.

More common but less noticeable than full reversals are events known as geomagnetic excursions, in which the world’s magnetic field essentially wobbles and bends for a while before snapping back into place.

To calculate the likelihood of a full field switch, Holme and his colleagues looked at the magnetic alignment of rock particles deposited in and before the two most recent excursions – the Laschamp event, approximately 41,000 years ago, and the Lake Mono event, which occurred 34,000 years ago.

The scientists found that the strength of the Earth’s magnetic field several thousand years before the two wobbles – at 49,000 and 46,000 years ago – were pretty much the same as they are now. However, they were accompanied by SAA-style weak areas of much greater magnitude.

This, suggests Holme’s teams, considerably reduces the chances of anything drastic happening now.

“There has been speculation that we are about to experience a magnetic polar reversal or excursion,” says Holmes.

“However, by studying the two most recent excursion events, we show that neither bear resemblance to current changes in the geomagnetic field and therefore it is probably unlikely that such an event is about to happen.

“Our research suggests instead that the current weakened field will recover without such an extreme event, and therefore is unlikely to reverse.”

The research is published in the journal Proceedings of the National Academy of Sciences.