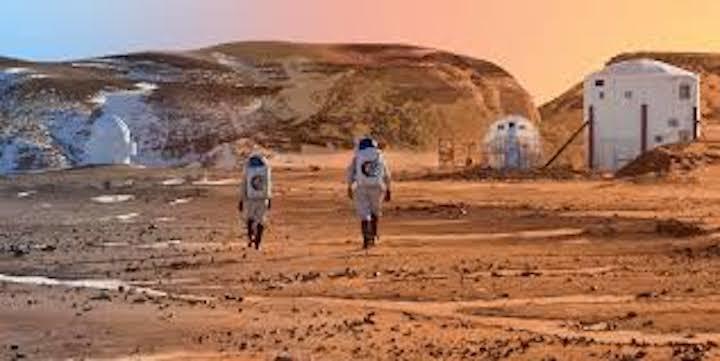 Two historic events happened this past week that will lay the groundwork for the future of American space exploration.

First, after a close vote in the Senate, Rep. Jim Bridenstine, R-Okla. – a former Navy combat pilot – was confirmed as the new head of NASA. I am confident he will be a strong leader in space exploration as we begin a new era of innovation, technological advancement and limitless exploration.

Second, Vice President Mike Pence laid out a bold vision for America’s future in space exploration during his opening remarks at the Space Foundation’s 34th Annual Space Symposium in Colorado. The vice president showed the Trump administration’s commitment to restoring American leadership in space, rightly pointing out that “we stand at the dawn of a new era of human activity in space; a turning point that will bring new opportunities and new challenges.”

This renewed interest in space has the potential to dramatically change our space program over the next several years, But in order to achieve this, we must be able to think big and set bold goals.

By the end of 2024, a very large American spacecraft should be on its way to Mars. We should have a working base on the moon that’s producing rocket fuel from ice. The first asteroid mining project should be returning valuable minerals to the United States (thus rendering obsolete the Chinese effort to corner the supply of rare minerals on Earth).

Between Earth and the moon, there should be multiple low-orbit systems assembling enormous structures and supporting commercial manufacturing, tourism and other industries in space. If we achieve this before any other country, the United States will have undisputed economic superiority for decades.

At the same time, execution of this seemingly fantastic concept would leapfrog our national defense capabilities far into the 21st century. Having a squadron of reusable rockets (effectively a Mach 25 Air Force) would allow U.S. forces to overfly and outfly the myriad of foreign air and space weapons proliferating today.

This would also allow us to have “eyes, ears, and presence” anywhere in the world in under an hour, while also protecting the peace in the global commons of space.

This vision could be made possible by three technological and entrepreneurial revolutions.

If the Trump-Pence team pushes it, Falcon Heavy rockets could have more than 100 launches through 2024. The New Glenn, which will lift almost as much as the Falcon Heavy and will be rated to carry humans from Day One, could add another 20 flights between 2020 and 2024.

Together, these approximately 120 heavy commercial flights would lift as much payload as 60 of NASA’s Space Launch System (SLS) flights. However, there will be at most four SLS flights by end of 2024, according to current plans. Each reusable commercial flight will also cost less than $100 million, while SLS flights will cost $700 million to $1 billion per launch.

On the other end of the payload spectrum, a single squadron of reusable military rockets – “space planes” – using these same technologies and updated with reusable upper stages could easily undertake daily long-range flights akin to the SR-71 flight rates before it was retired.

Moreover, at five miles per second, such vehicles are more survivable than stealth aircraft and far cheaper. Military space planes with their high flight rates could help to drive costs of operation down into the million-dollar range, potentially cheaper than the SR-71 in its era.

None of this takes into account SpaceX’s planned Big Falcon Rocket (BFR), which may be available for crew and cargo missions by 2024. If it starts flying by then, it will be so cheap, the cost compared to SLS will become absurd.

Additionally, there will probably be a new generation of innovators like Elon Musk and Jeff Bezos inventing even better ways to lower the cost of getting into space through dramatically simpler and less expensive manufacturing and new approaches to reusability.

No one in government today is really planning for the scale of change implicit in the rise of reusable rockets and the likelihood that the second generation will be even cheaper.

There are startups working on assembly in space through autonomous systems, such as Made In Space. If the collapse in cost of the reusable rockets is combined with the development of these autonomous distance capabilities, the potential exists for a totally new approach to space.

Instead of designing very small capsules modeled on the Apollo program, we can begin to imagine robotically printing and assembling very large facilities in space.

We can combine that with a refueling capability from launching specialized tanker ships and by mining the moon for water and turning it into fuel at one-sixth Earth’s gravity. This could help the next generation of innovators to create the first space elevator on the moon, but that is still probably 30 years away. Now we begin to create real capabilities for exploring space.

We will be able to autonomously mine an asteroid by 2024 as part of this general wave of development. We will also be able to build the first Mars-bound ship on a scale that will be much safer for human passengers (big ships shield from solar radiation much more effectively than small ships). This large vessel would also provide far more exploration and science capabilities once the ship reaches Mars.

Third, beyond the immediate capabilities, there are breakthroughs in artificial intelligence and nanoscale science and technology, which will be coming into practical use long before 2024.

One of our great challenges is stepping away from the current static planning model, which assumes the currently available systems are the state of the art. If we want to plan for 2024, we have to ask what will be available six years from now. Given the rate of new innovations we are seeing, the pattern of greater capability at lower cost will continue to accelerate.

1. Planning must start now within this breakout framework, and every existing program must be assessed against the scale of change. We cannot keep building stagecoaches when the railroad is being built at the same time. Several long-existing bureaucratic programs should be cannibalized, so their money can be transferred to new, higher-value projects.

2. NASA and the Department of Defense must accept that most of the breakthroughs will come from small entrepreneurial companies that are not part of the traditional lobbyist-heavy, technologically slow, big company model we’ve relied on for the past few decades. Every time I turn around, I run into smart people (some still students) who are creating a better, cheaper, more capable future. Today they are outside the planning and procurement systems of NASA and the Department of Defense. That must change immediately.

3. Laws must be created to empower lunar and asteroid developers. For example, a 30-year tax holiday for profits from space should be enacted to create a real incentive for investment and a real competitive alliance between billionaires willing to invest in space. The potential for an American breakout into the solar system has to be developed. There will not be enough taxpayer money to get all this done, but there will be plenty of private capital, if it is encouraged and rewarded.

President Trump must approach space the same way he approached the Wollman Rink in Central Park and the golf course on Ferry Point. In both cases, government had failed. In both cases, Citizen Trump got the job done in record time and for a very low cost by applying common sense and cutting through the bureaucracy.

NASA and the Department of Defense need the same direct reform approach that Citizen Trump brought to the New York City bureaucracy.

If President Trump and Vice President Pence take on an American breakout in space as a project to be managed and demand a review every month of the changes in the large bureaucracies, they will be astounded by how fast things develop – and how far we will have come by the end of President Trump’s second term.

As a last observation, we cannot forget that this is a national security race with China for the industrialization of space. The winner will secure economic and military might for the next 100 years.

The British largely wrote maritime law because England controlled the sea trade. America wrote the rules of air travel because we had the largest commercial air sector. China intends to win the new space race, so it can write the rules of the road for space and make up for its bad decision in the late 1300s to ban sea trade (which led to China’s century of humiliation).

As Vice President Pence said at the Space Symposium, those brave Americans who helped us win the first space race “chose to lead in space, not just to propel our economy and ensure our national security, but above all because they knew that the rules and the values of space – like every great frontier – will be written by those who have the courage to get there first and the commitment to stay.”

It is vital that Americans – as a free people – focus our energy and resources toward leading the human race into space within the framework of freedom and the rule of law.

If America fails to capitalize on this opportunity and concedes space to other countries, we will likely see our own century of humiliation.

Instead, we should follow the vice president’s words and have “the courage to dream bigger, the determination to work harder, the confidence to push farther than the trailblazers who showed us the way, (and) meet the future that awaits.”

This is how America will lead the world in the centuries to come.