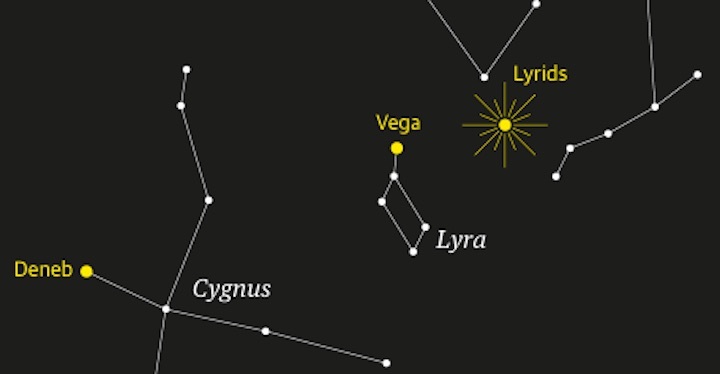 The Lyrid meteor shower will reach its peak in the pre-dawn sky on 22 April. This is the oldest known meteor shower, with records stretching back more than 2,500 years. The meteors appear to originate from a point in the constellation Lyra, hence the shower’s name. On Saturday night/Sunday morning this “radiant” will be in the eastern sky. So, wrap up warm, look east and be patient. Estimates suggest that between 15 and 20 meteors an hour will be visible. Some may be bright enough to cause brief shadows. Occasionally, outbursts of 100 meteors an hour have been recorded for the Lyrids. The last reported outburst came from the US in 1982. Before then, Japan reported one in 1945, and Greece in 1922. The Lyrids are tiny dust grains that once formed the tail of Comet Thatcher. This icy visitor from the outer solar system orbits the Sun every 415 years. It is next due to pass by in 2276.