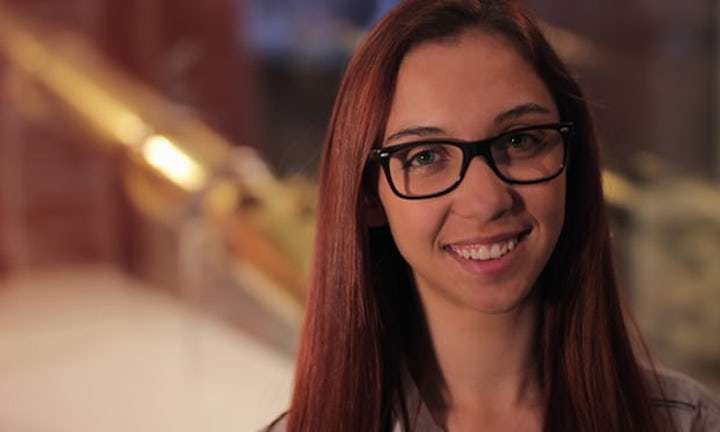 Ilike to talk about astronomy a lot. No, scratch that, I love to talk about astronomy. All. The. Time. Thank goodness I do just that for a living. I’ve worked at Sydney Observatory for the past two years as an astronomy educator, which is essentially my glorified term for a tour guide. My favourite part about being an astronomy educator is answering questions, although there is one question that I often find difficult to answer, “What is your favourite part about space?”

When you have a passion for such a huge subject with so many great subtopics it really is hard to pick just one. If you go outside on a clear night, the air whistling with a cool evening breeze, no matter whether you’re in the city or out in country, you can look up and see some amazing things. The stars are a gorgeous sight just by themselves, but for an astronomer like me they are just the beginning of an endless cosmos.

Once you look past the stars with a telescope, you can see many more amazing objects. Nebula, massive clouds of interstellar dust and gas creating groups of thousands of stars, dwarfed by globular star clusters sporting millions of stars! Even beyond that there are millions upon millions of galaxies for us to explore. These are some of my favourite things, but if I were to pinpoint my favourite part of astronomy it would be that you can never stop learning.

My second love to talking about astronomy is learning, and astronomy is the best field to continuously learn in. Our universe is precisely 5% atoms – or “sparkly stuff”, as one of my favourite astronomers calls it – and the other 95% is composed of dark matter and dark energy. You may have heard of these terms before. Essentially, these terms describe some sort of matter (stuff) and energy that we can’t see or detect, yet mathematically we think they must be there. So of course, if we can’t see it we call it “dark”.

Indigenous culture is rich with astronomical knowledge. I started hearing about Kamilaroi and Boorong astronomy while training at Sydney Observatory and was absolutely blown away. As soon as I learnt just a little bit about our ancestors’ complex knowledge, I knew I had to learn more. I was hooked. I didn’t always know what country I came from, but I always knew I was Aboriginal. When I started learning about Kamilaroi and Boorong astronomy, I had a driving force within me pushing me to learn more about my culture. That’s when I did some digging into the family background and discovered that I am Wiradjuri.

So, I went and I researched, I talked to people, I researched some more and once again I was blown away by what I found. Great celestial emus that indicate when emu eggs are available, star clusters that bring the summer. Even now, two years on from that first critical moment, I am learning more and more about our amazing culture.

Just the other week I was exploring in the bush and came across some beautiful rock carvings that appeared to show seven planets, plus the moon, all in a line. Back when there was no light pollution you would have had the ability to see six planets in the sky with the naked eye. Mercury, Venus, Mars, Jupiter, Saturn and Uranus. I kept looking and thinking, and I realised that there was one planet missing. Surely it couldn’t have been Neptune, the farthest major planet in the solar system, because it’s not physically visible to the human eye. I realised that this eighth circle could be the Earth. I was flabbergasted – this could be evidence of our people knowing that Earth is a planet along with the others in our night skies, orbiting around a bright hot star called the sun, a millennia before the likes of Galileo, who discovered this a mere 400 years ago!

Rich astronomical knowledge that dates back over 65,000 years runs through our veins. We should embrace it. Why? Because we are the first astronomers!

Astronomie - I'm following the footsteps of my Aboriginal ancestors, the first astronomers My mind was blown away when learning about Kamilaroi and Boorong astronomy
« Zum vorherigen Eintrag Zum nächsten Eintrag »
1297 Views
Created with page4