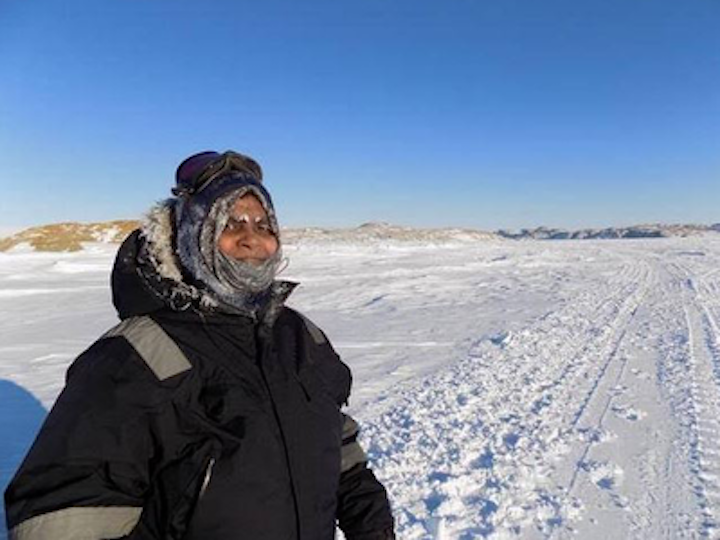 NEW DELHI: At 56 years of age, having never experienced a snowfall before, yet lugging kilos of equipment across an icy landscape, Mangala Mani, Isro’s first woman scientist who spent over 403 days in Antarctica, is a true embodiment of ‘Nari Shakti’.

Staying in the world’s coldest place where minimum temperatures can slide to -90 degrees Celsius, Mangala Mani was part of a 23-member expedition team that went to India’s research station, Bharati, in the icy continent in November 2016. She was the only woman in the all-men team.

In an exclusive interview to TOI, Mani, who successfully completed her mission last December, said, “The Antarctica mission was really a challenge. Climate there was very harsh. We were very careful while going out of our climate-controlled research station. One had to wear polar clothing. Even 2 or 3 hours out in severe cold was too much and one had to come back immediately for warm-up.”

When stationed at Bharati during the polar wintering, she was not only the solitary woman in the Indian expedition team but the only female in that zone as the Russian and Chinese earth stations also did not have any woman during the 2016-17 period. “My team members were very cooperative. Adjustments were made from both sides. Things went smoothly and there were no issues with any member. In fact, my team members celebrated my birthday at the earth station,” Mani said.

To get selected for the tough assignment, Mangala Mani and her team were first physically and mentally tested for weeks. She had to first undergo a series of medical check-ups at AIIMS, Delhi, for a week that included psychological assessment for long-term wintering. Thereafter, for next two weeks, she was taken to Auli in Uttarakhand’s Chamoli district at 9,000 feet altitude for ice acclimatisation and later to Badrinath at 10,000 feet. There, she and her team had to go on long treks with heavy backpacks in order to test their physical endurance. Mangala Mani said, “The tests were meant not only to prepare our bodies to face the rigours of Antarctica but also meant to build a team spirit.”

“In summers, ships sail to Antarctica to provide food and fuel supply for a year’s duration as the world's coldest region remains cut off during winter. We collect all waste and pack them and send them back to the mainland so as to keep environment at the station completely clean,” she said. 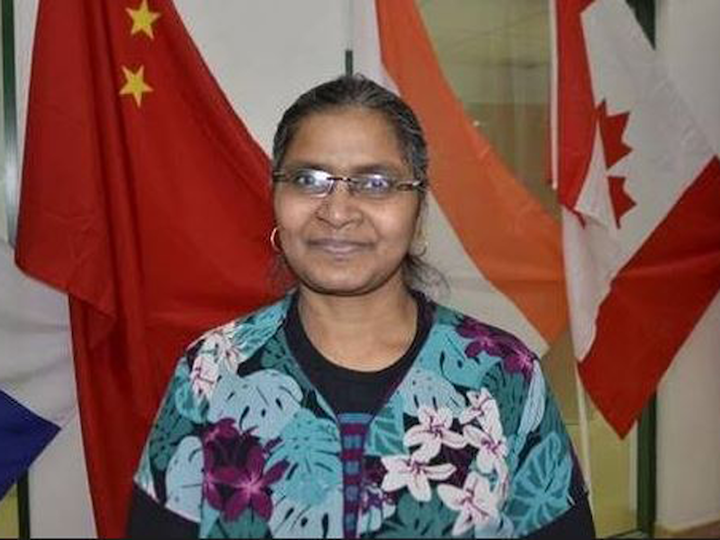 On completing such a challenging task, the 56-year-old Isro scientist says, “Men may have physical strength. But women are emotionally strong. All women should have faith in themselves and should always try to put their best foot forward.”

On Mangala Mani’s nature of job at Antarctica, her boss, Dr Y V N Krishnamurthy, the director of Hyderabad-based National Remote Sensing Centre (NRSC), told TOI, “Mangala and her team where supposed to operate and maintain the Indian research station and collect loads of satellite data as we have polar-orbiting satellites. Unlike Hyderabad, where only two or three orbits are visible, Antarctica (south pole) is the place from where one can observe 14 orbits. The loads of space data are downloaded at the Antarctica station and sent to the Hyderabad centre via the communication satellite link for processing and distribution to users.”

On her ambition, the NRSC director said, “Mani always had a dream for exploration. It was an opportunity for her to prove her point. And she successfully performed the task. In fact, two parliamentary committees were highly impressed with her performance in Antarctica.”

“Drawing inspirations from Mangala Mani, a young woman Isro scientist volunteered to be part of the Antarctica mission and is currently camping at Bharati and willing to spend over a year there,” Dr Krishnamurthy said.

National Centre for Antarctic and Ocean research (NCAOR) under the ministry of earth sciences is the nodal point for Antarctic expeditions taken up by our country.
Quelle: THE TIMES OF INDIA
Raumfahrt - 56-year-old first Isro woman to spend over a year in Antarctica
1053 Views
Created with page4