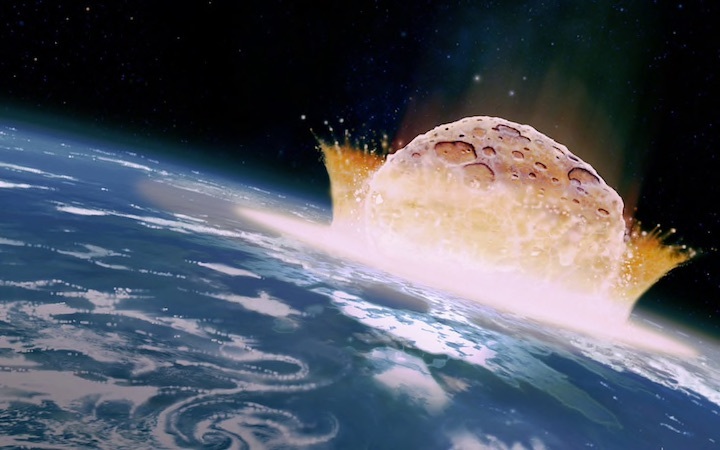 Nasa has drawn up plans for a huge nuclear spacecraft capable of shunting or blowing up an asteroid if it was on course to wipe out life on Earth.

The US space agency published details of its Hammer (Hypervelocity Asteroid Mitigation Mission for Emergency Response) deterrent, an eight tonne spaceship which could deflect a giant space rock.

Nasa has said previously that Earth is overdue a huge asteroid strike and programmes are in places across the globe to map dangerous rocks as they move through the Solar System.

Last year an 100 foot asteroid named 2012TC4 passed within 27,000 miles of Antarctica, a distance that astronomers described as 'damn close.'

In detailed plans published in the journal Acta Astronautica, Nasa and the National Nuclear Security Administration, calculated the time and payload it would take to move or destroy the 1,600-foot-wide asteroid Bennu.

Nasa already has a space probe on route to Bennu to take samples and has been monitoring the asteroid since it was discovered in 1999.

Although there is little risk it could hit the Earth, it is still considered as an NEO, or Near Earth Object, which would hit the planet with 1,450 megatons of TNT.

The Atomic Energy Commission has shown that a one gigaton warhead detonated about 10 miles up could be expected to start fires over an area of more than 430,000 square miles, an area more than four times the size of Britain.

Dante Lauretta, professor of Planetary Science in the Lunar and Planetary Laboratory at the University of Arizona, said  Bennu’s impact would release “three times more energy than all nuclear weapons detonated throughout history”.

"The impact would release energy equivalent to 1,450 megatons of TNT," he said.

“For comparison, the fission bombs used in World War II had an energy release of roughly 20 kilotons of TNT each and the most powerful nuclear weapon ever detonated, the Russian Tsar Bomba, had a yield of 50 megatons." 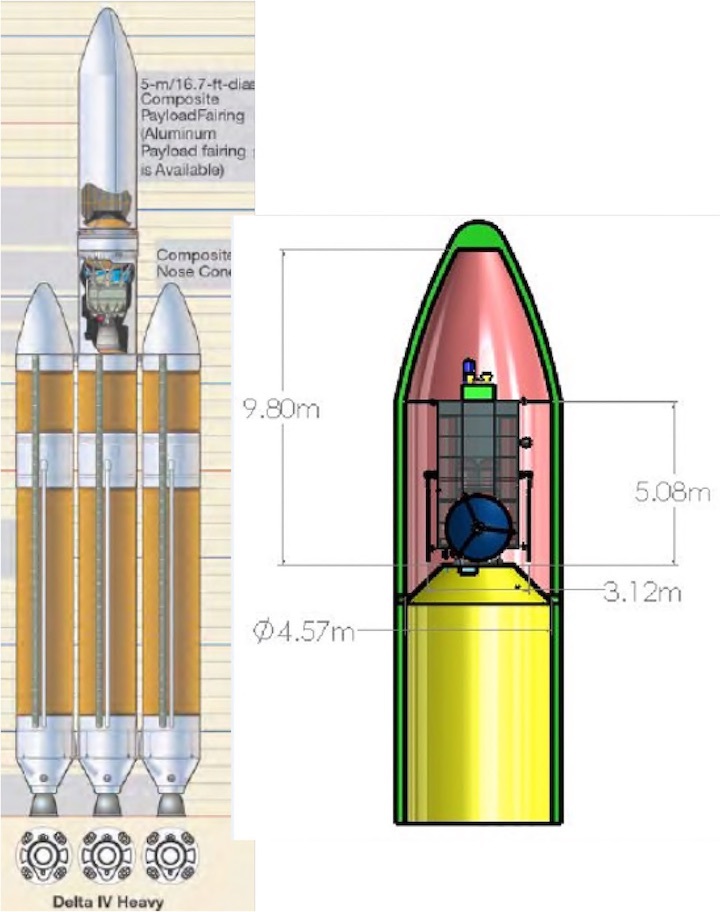 However the study showed that Earth would need years of warning to be able to put a deterrent plan in action.

The experts calculate that 7.4 years would be needed from building Hammer, to the craft hitting the asteroid.

Earth is hit by asteroids with surprising regularity but most are too small to do much damage or fall in unpopulated areas. In 2013, a meteor airburst over Chelyabinsk, Russia, broke shattered windows for over 300 miles.

Center for Near Earth Object Studies

Nasa’s Centre for Near-Earth Object Studies now lists 73 asteroids which have a 1 in 1,600 chance of hitting the Earth.

Earlier this week a team of Russian researchers from Rosatom, the state nuclear energy corporation, and Moscow Institute of Physics and Technology (MIPT), announced they had constructed and blown up tiny asteroids in the lab to calculate how much power it would take to prevent a devastating impact.

Using laser pulses to simulate the effect of a nuclear bomb they found that to eliminate a 650 foot wide asteroid, the blast would need to deliver the energy equivalent of three megatons of TNT - the equivalent of 200 Hiroshima bombs.

The most powerful explosive device ever detonated was the Tsar Bomba, or “king of bombs,” built by the Soviet Union in 1961 which had an energy output of about 50 megatons of TNT.

“At the moment, there are no asteroid threats, so our team has the time to perfect this technique for use later in preventing a planetary disaster,” says study co-author Vladimir Yufa, an associate professor at the departments of Applied Physics and Laser Systems and Structured Materials, MIPT.

“We’re also looking into the possibility of deflecting an asteroid without destroying it and hope for international engagement.”

Quelle: The Telegraph
Raumfahrt - Nasa draws up plans for huge spacecraft to blow up doomsday asteroid
1008 Views
Created with page4